Dragon has two meanings within the Go community: 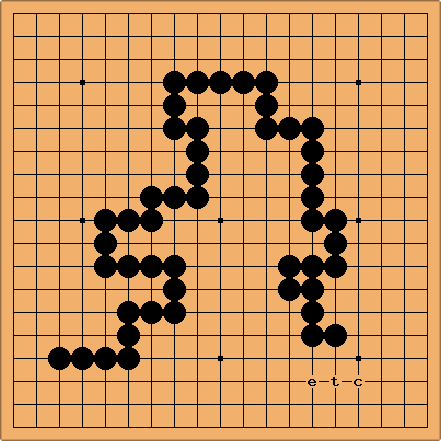 This is a dragon without any stones around it. Usually dragons are mostly surrounded, and don't fence in much territory.

Then again you have dragons which are not technically dragons: 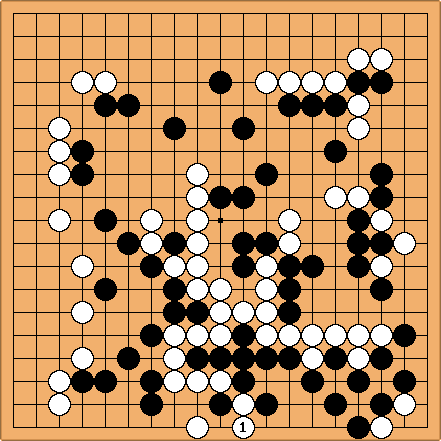 2. Dragon is the (short) name for a turn-based Go server: The Dragon Go Server (DGS).

Dieter: I don't know in English but in Dutch when we say een draak van een partij (a dragonlike game) we mean a very ugly game.

Patrick Traill: Een draak van een (iets) is of course a standard Dutch expression for a not very appealing/satisfactory (something), and so has nothing to do with the idea of a long snaky group. In English we have An old dragon for an intimidating older woman, probably with some form of authority, but we do not have the Dutch construction. I doubt that Germans use Drache the way the Dutch use draak  they just have the alter Drache as in English.

unkx80: Chinese players will call both of the examples above as dragons.

goo辞書, an online Japanese dictionary, has this definition for taiseki, but no such definition for ooishi: 囲碁で、長く連結している石。まだ完全に目をつくっていない場合をさすことが多い。 "In the game of go, a long chain of stones. Often refers to a group that hasn't completely made eyes yet" (the translation is mine). Furthermore, these two sites for go terminology have the pronunciation as "taiseki":