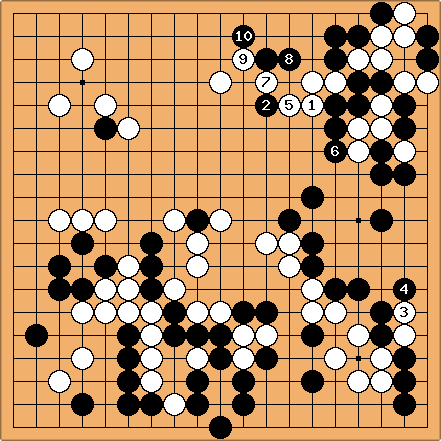 This is how the game went. Although

is a tesuji that allowed White to secure the upper side, it is still not enough to win the game. 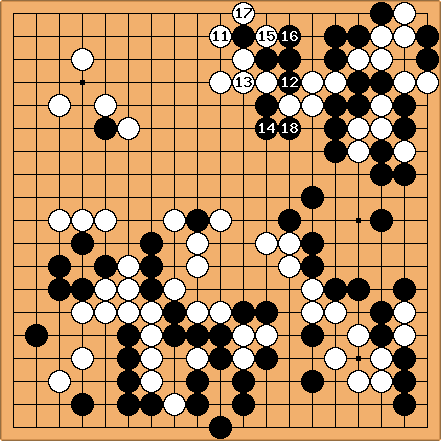 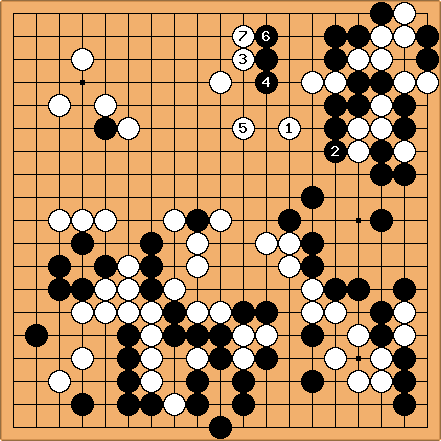 During the game review, Peng Quan suggested playing the light move of

look ordinary, the effect is better than the game sequence. This way, the game is close. 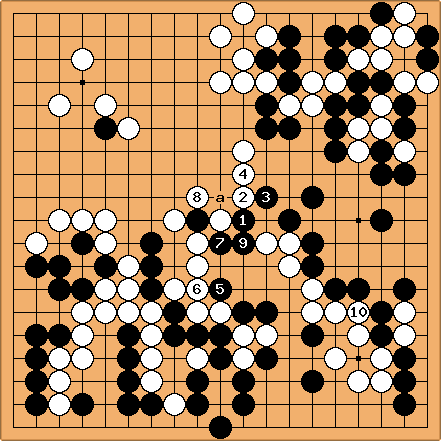 The commentary says that

is a mistake that allowed the White dragon to be captured. However, even if

is played correctly at a, Black will still win by a small margin. 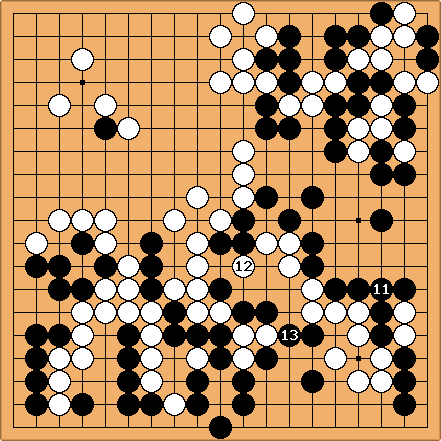