Welcome to my Go Training Blog. This is where I will be tracking my training on things like tsumego problems and replayed games.

I came to Go a couple of years ago through a collegue. Where I worked we were encouraged to play games during our downtime. Soon after learning the game I was giving stones to those that had taught me. When I peaked I was able to beat the person who'd introduced Go to my office and won a game against a 10kyu club-player who'd given me a 4 stone handicap.

Due to the vagaries of life I stopped playing around that time, and it isn't until recently that I picked it back up. Now I'm studying to regain my strength, and although I'm thrilled to see my rank climb, my goal is to play strong games against good friends I will make along the way. I'm looking for a friendly local club online.

Update August 2012: I tried teaching another person the game. We'll see how successful it was shortly. In the meantime I'm getting active again. When I get a chance I'll update this page. I've been playing with the ASR and have played more games in the last few days than I normally do when I'm active. I've really defeated my OGA. 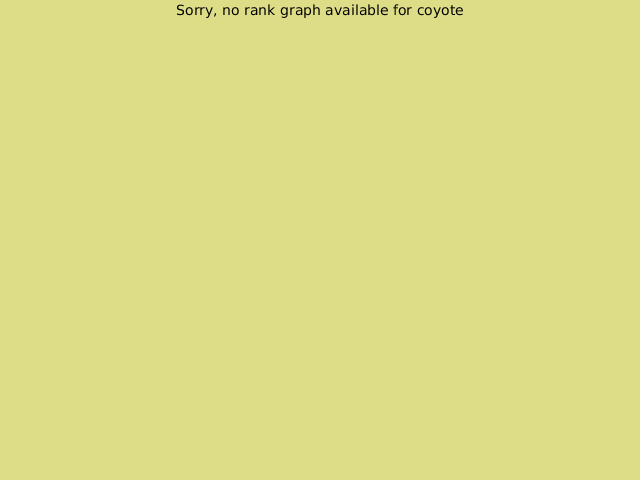 For fun I'm including my KGS rank graph.
[edit]

Suggested by Charles Matthews in "Shape Up"

I'm going to keep a list of pro's I'm studying who have styles that I think fit my own preferences. The idea is, if studying pro games puts the proper shapes into your brain, I want not to study pros who rely on fighting for success if I want to be a patient, shape orientated player. These style choices are from Professional Players Go Styles. Right now I'm focusing mostly on Takagawa Kaku.

What should I be studying? Discuss

Last night was my third CLIG game. My division, D1 has 5 players and so I am one game away from playing the maximum, which is nice. There is only one player who has yet to play, everyone else is just waiting for their chance to play him. I get first crack at him tonight and I wonder if everyone will be looking for the results of that game to see how well their games may go. So far three players have 2-1 records, with one player having an 0-3 record.

The game itself was pretty good. It was closer than most DDK games and I spent a lot of time counting near the end to see how the points stood. I felt I was well ahead and played conservatively. In the end I was ahead by less than I thought but still won. I think the difference came from miscounting the edges of territory.

I haven't had a chance to have the game reviewed. I would especially love to see how I could have kept more of my territory in the end game. Was there something that I could have done, or did earlier moves mean that my territory just wasn't secure enough to weather the assaults.

Although I've been playing and studying less than I did during my initial bloom of enthusiasm I am happy with my Go. I'm active in two leagues, study some problems every day, and try to ensure I get 2-3 games a week. This level of activity will continue to be my base level with further spurts of enthusiasm occurring from time to time.

This does mean I am likely to be demoted from Gamma to Delta in the ASR league. Last month I lost all but two games but played so many that I came close to advancing to Beta. This month I will not have enough games to avoid demotion - unless I happen to win more - and consequentially will move down to Delta. At first I wasn't sure what to think. I was in Gamma due to activity level, not playing skill. I could remain in Gamma if I played many games. Not doing so feels like a choice, like I'm going back to a weaker class where the games are easier.

However the level of play that got me to Gamma isn't something I can continue with so it's not really the class I belong in. It's like my KGS rank. It's unstable because I haven't played enough. Every win it goes up, ever loss it goes down. When it goes up I want to to stay up but in reality I shouldn't worry about chasing it. It will be where it will be and I will be in whichever class of ASR I am in based on my skill and activity.

I also played a CLIG league game where I lost by a half-point. A little disappointing but when we looked at the game we both made some basic mistakes and if either of us had eliminated one mistake the game would not have been close. So I'm now 1/1 in this league with two games left to play. I'm hopeful that I can win those two games and move up into the next class.

Monday was rough. I drove out to Outago and couldn't get in the building. Apparently they meet in an office building which locks its doors at 7pm and I arrived at 8. I could see people inside and despite banging on the glass doors and standing directly outside the window on a picnic table I could not get anyone's attention. I've since talked to someone from the club and will get a cell phone number to call next time I arrive.

Last night I played my first CLIG game of the new season. This is the Canadian Go Association online league. This season they scrapped their handicap league and just rolled people into the main league. The classes are smaller, 5-6 players only, which makes it possible (and required) to play everyone in your class. It also means that there isn't the wide range of strengths within a class like in the ASR league. Of course, the ASR is more about getting a chance to play stronger players and reviewing games than it is measuring strength or being competitive.

The game went well. My opponent played some unusual moves which I believe were beginner mistakes rather than good moves I'm not familiar with. I found myself quickly falling behind as often happens for me. I'm playing what I think are the best moves while my opponent stakes out optimistic moyos. This time I made sure I was solid and then attacked. I'm starting to learn that you don't have to always jump on mistakes. Sometimes it's better to let your opponent's small mistakes build up until it's easy to exploit them. This is what I did and unfortunately for my opponent I ate a lot of what I'm sure he thought was solid territory.

After the game I did my best to review a little. I don't think our strengths are much different so I mostly told him the stuff I'd been told. He's a local so I'll also be seeing him at Outago next week.

After playing I watched a game between two other people in the league (but not in my class) and found that I was reading much better than either player. Partly this was due to being outside of the pressure of playing a game, but also I think my focus on studying tsumego is paying off. I may need to re-evaluate myself from being a bad reader to being good for my level. It really encourages me to keep studying tsumego though.

Good news on the Go front, bad news of the Xcom front. My Ironman (only one save allowed) game is bugged and can't progress until the game is patched. A new game would have the same problem so there's no point in starting one. This means that I don't have the Xbox eating up all my time. Hopefully I can get some Go in this week.

Other good news, I discovered Outago from one of the players in the Canadian Go Association Online League. I'll be dropping in Monday for a game. I'm very excited. Now if I can only get in an ASR League game in tonight I'll be back on track.

In addition to FIFA 13, XCom: Enemy Unknown has also just been released for the Xbox. So far I've only managed one game in the October Advanced Study Room league. I've watched a few of Battousai?'s lectures on Youtube, replayed a couple of Pro games and done some Go Problems. I've also purchased Cho U's 4x4 Go Problems for the Ipad for my daughter.

Now that the initial rush of playing these games is over I'm sure I'll find myself back on the computer, looking for league games. I'm still in both the ASR and CGA leagues.

I'm also still looking for anyone who wants to take on a mentor role. I've looked at lessons but I'm want something more consistent than the occassional 1-on-1 lesson. For now I'll just keep contributing to Crowis? and Battousai?'s lectures.

My Go playing has slowed down a bit since FIFA 13 was released for the X-Box. However I have still managed to play and bit and even attending another meeting of the Ottawa Chinese Go Club. Unfortunately the college kids weren't there. I played a couple of games against Charles and moved back up from 3 stones to 2 stones against him.

The Advanced Study Room League ended for September and I've stayed in Gamma III. I was in the promotion area for most of the month but wasn't interested in going to Beta. I have plenty of challenging opponents to play in Gamma.

Promotion and a recent thread on Lifein19x19 got me to thinking about rank again. Worrying about the effect of a single game on rank, pro or contra, is not the way to get a good rank. All that does is turn rank into some X-Box accomplishment to chase. I plan to let my rank follow me instead of chasing it.