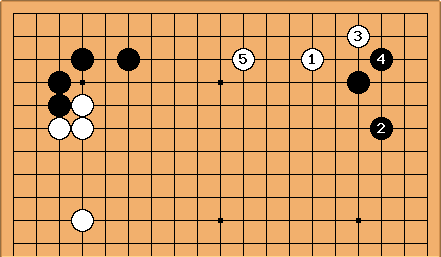 I once saw a sequence like this being played out in my club (White was 1 dan, Black 2 dan). I didn't say anything at the time, but it made an impression on me, about problems of perception.

is hard to justify, objectively. This type of play is hardly to be found in pro games. The pro idea is just to approach at

Also it seems that Black's response to the approach is quite obedient. Wouldn't a pincer show that the approach from the inside is not so good? At least some mention should be made of it. Or is the pincer not even necessary for White's inside approach to be worse? [1]

is a closed side approach: it aims to enter Black's framework, in this case before that framework has really been formed. The other approach, at the point of

, is the open side approach. 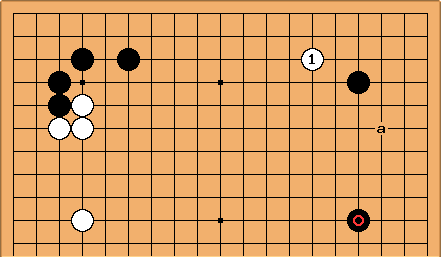 is on the open side; the approach at a would be on the closed side, and Black would attack it with the diagonal attachment.

But in the case under discussion, White is playing in a negative way. 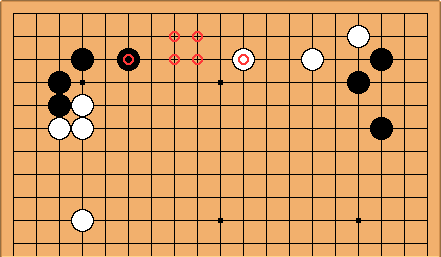 The end result of the joseki gives us

facing off. They are both strong, low stones. Therefore the remaining small open area around the circled points becomes unimportant for the moment - no extension into it is currently going to seem like a checking extension.

Actually, White was probably happy with the result. Where is the problem?

One can describe several aspects where White shows a closed mind: competent Go players can still be missing some basic ways of thinking. 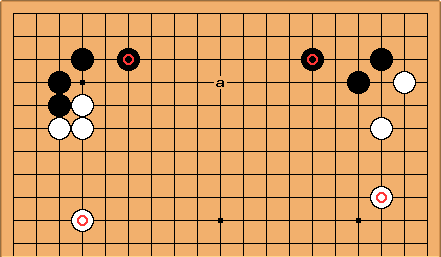 If the joseki in the right corner were the other way round, is that better for Black?

stones are very solid. But Black doesn't yet have a big territory on this side. And in fact because those stones are low, Black isn't threatening to make a very large territory, even with a play at a.

Second point. If we looked at the rest of the board, we could probably see the effect of the

stones, and White's frameworks might be at least as impressive as Black's here. 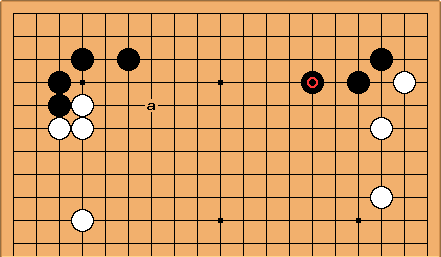 on the fourth line, paying more regard to balance. Then should White worry more?

Not really. As things stand White a is a good focal play, while Black doesn't have an ideal play in this part of the board. 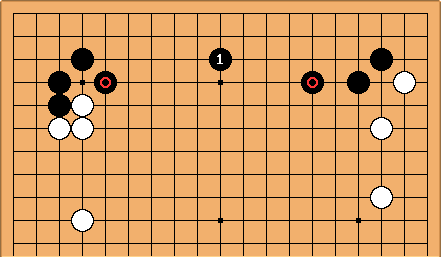 in this diagram looks good, assuming the

plays high on both sides. This is however not the case in the game position, where Black follows the normal modern joseki in the left corner.

Fourth point. Low stones that are well supported may be thick - but that doesn't imply they threaten to make excessive territories. It's rather the opposite: one should expect to concede some territory near them, and fight elsewhere. 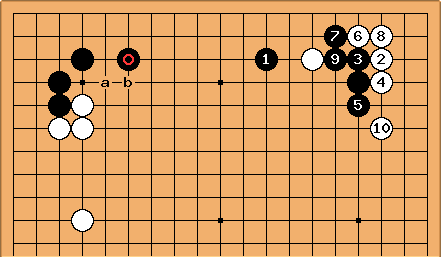 I think that White could be happy to take the corner in this variation of the one-space low pincer. Now

seems too low - should be at a or b. I can't tell you what the pros do, since they never approach on the inside like this (as far as I can tell).

Andre Engels: Because of Black's low, strong position in the upper left, a play on the upper side is uninteresting. This is one reason why approaching from this side is wrong (or maybe one could say it's a quick way to see it). For exactly the same reason, it is wrong for Black to play a pincer. So, no, Black need not play a pincer to show the error of White's move. Rather it is the opposite: playing a pincer provides White with an excellent opportunity to correct the mistake.

Could someone with access to GoGoDCD check this? -- Migeru
Well, yes, I check these things first before posting them. But bear in mind that no database is large enough to do more than suggest evidence. -- Charles
I should have phrased my comment less bluntly. Anyway, I am starting to dabble in fuseki and I think this kind of consideration is useful for weaker players than "dan level". There is a similar analysis in the sanrensei pages that I was looking at just recently. -- Migeru
Actually I believe that this kind of territorial but low play is common on Go servers ('Go below sea-level', you could call it). It's not good style, but in very quick games it may lead to simplified fighting. So you will see many dan-level players who are convinced that it's OK. -- Charles

The result in the first diagram gives Black two corners, which is quite important. 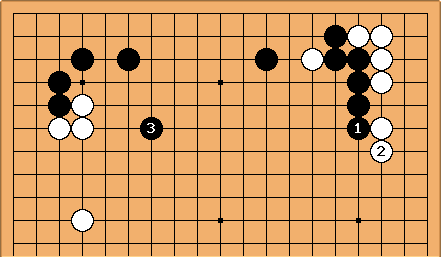 on the same line makes for a very dangerous moyo. There are, of course, other responses to the pincer, so I won't argue that it's correct, but I will argue that jumping into the corner is a bad decision for white, and that the result in the above diagram is hardly bad for black.