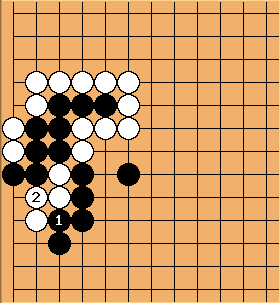 Lithel: I don't think White can win the capturing race here. Playing at

forces a play at 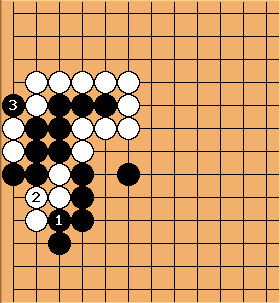 to open up some liberties. Now the White group inside has 3 liberties left, the Black group has 3 liberties as well, and it's White's move, but Black has an additional advantage... 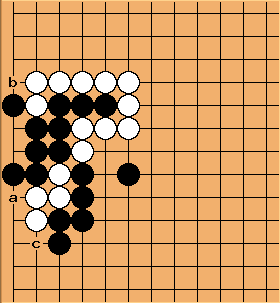 Lithel: In this situation, playing at a now removes one of White's liberties. Approaching from the top requires the additional move at b though.

Mikesh: How about running at c? 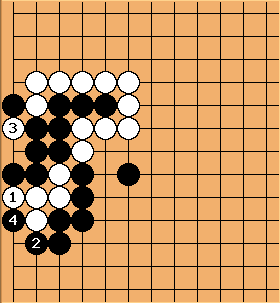 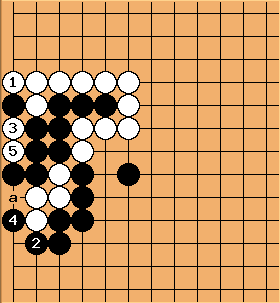 Lithel: So if I'm reading this right, white is dead and black escapes. (

. She has to connect above

first. Otherwise B will capture there after

is played. So maybe W should take sente after

in the first place... 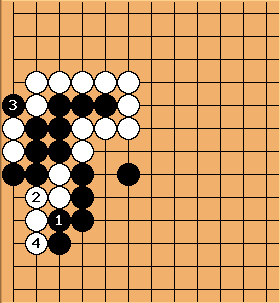 LukeNine45: Good so far, but what if white extends down like Mikesh suggests? 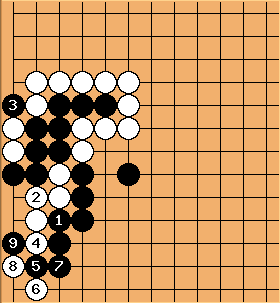 ChrisSchack: The clamp is the best I can see, 6 at either 7 or 8 are obvious failures ... but it fails anyway on the throw-in.

LukeNine45: I moved this to the solution page. 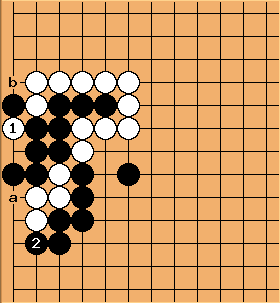 LukeNine45: In this situation, from above, what happens if white plays

. White cannot play at a, it's self-atari, and if White plays at b, it transposes into "Fail from the top"; Black need not play again.

ChrisSchack: The clamp is the best I can see, 6 at either 7 or 8 are obvious failures ... but it fails anyway on the throw-in.

LukeNine45: This is what I had in mind and is quite close to what actually happened in the game. 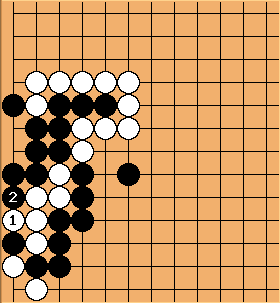 White can't connect because she would still be in atari. 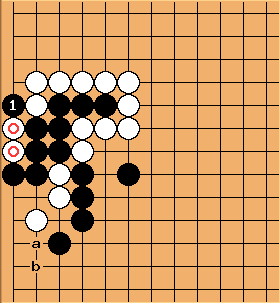 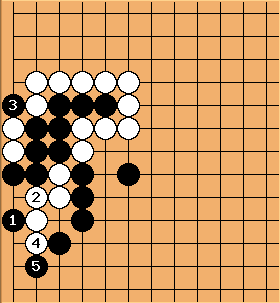 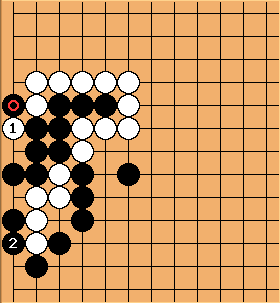 ichundso?this is slightly worse because white can now capture this one stone, but it works too i think

ichundso? no, its the same since the marked stone can be captured anyways 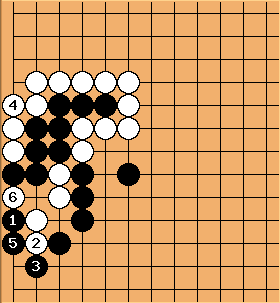 is sente, threatening to move out. Then 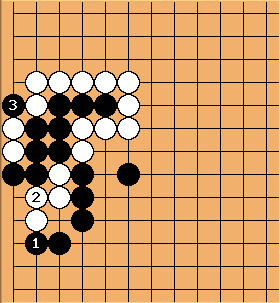 mgelo: This could be even better for Black. After 3, both have 3 liberties, but W owes an extra approach move.

xela: This was the first thing that occurred to me when I saw this problem, but it doesn't work. See next diagram. 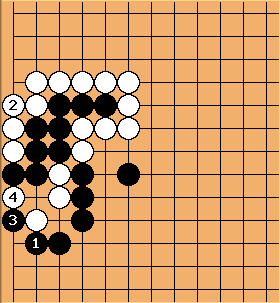