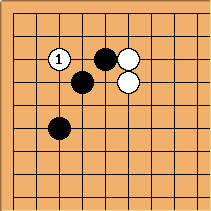 This is a fairly fundamental position in contemporary go. The white stones on the outside may well be weak, but both players ought to be well-informed about the status of the 3-3 invasion at 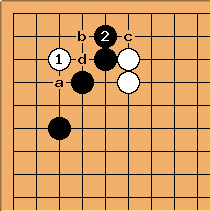 here must be counted as the typical answer. Alternatively, Black might block at a allowing White to connect out (nearly) at

, which is purely defensive; Black might play at b which attempts to kill the corner but is bad shape; or play c, then a, which gives away eye shape to White's outside group. 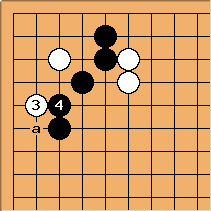 is probably correct shape: to play

at a allows White to push through and cut, and is potentially an overplay unless Black is very strong locally[1]. But there are still difficult tactics possible after 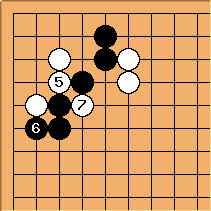 White has the idea of playing at

out of fighting spirit. White cuts at 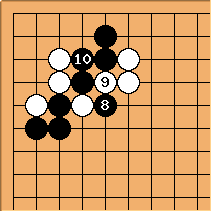 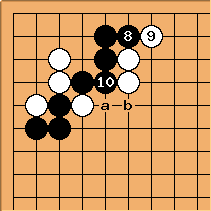 Black has the other option, of playing at

first to see what White does. If

then Black will set up the cut at b to break out. This is a tough fight. 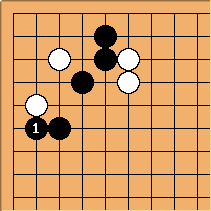 If Black does block with

here, White cannot quite live in the corner. On the other hand White now has a choice of sharp ways to play. 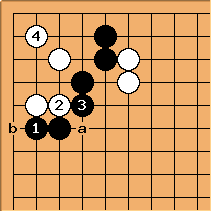 aren't quite life in the corner, yet. But the cutting point at a is serious for Black. Note that White at b has a big effect in life-and-death here. 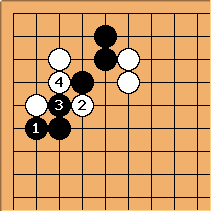 this way, a transposition into the variation considered earlier. 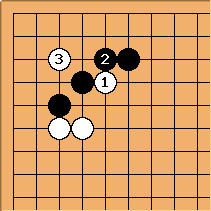 Shows up in a game of Antti Tormanen's (

http://gooften.net/2012/04/12/teaching-game-and-review-with-kamimura-haruo-9-dan/) (Note the presence of other stones in his game). 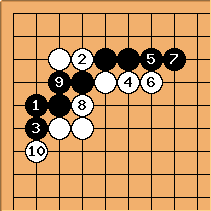 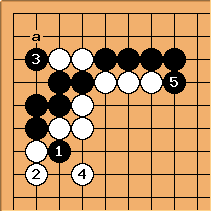 White can later force life at a.