. In most cases, Black should play the one space jump at a instead. 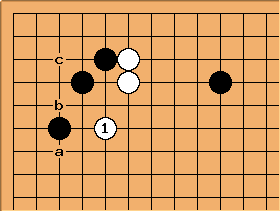 One reason is that

becomes a good move, pressing Black low. Then White can look forward to the bad aji at the attachments at a and b, as well as the 3-3 invasion at c. 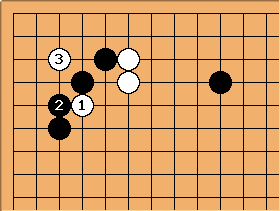 Another reason is that when the outside White stones are strong enough, then White can look forward to attaching at

at the 3-3 point[1]. White can look forward for reducing Black's territory or increasing White's influence, or both. 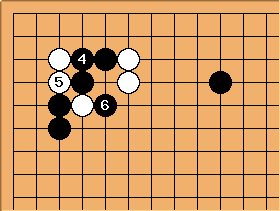 Specifically, the ladder after

should favour White in order to play the 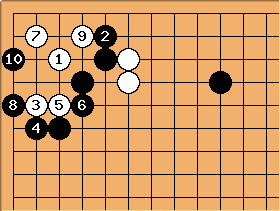 In normal situations, it's impossible for White to invade the 3-3 point directly. This sequence is the most common variation to kill the White group.

(However, White does have the choice of fighting instead of trying to live in the corner-- see 4-4 point low approach low extension tenuki, diagonal attachment, 3-3 invasion for more details.)

Correct plays(locally speaking) for black are showed in following 2 diagrams. 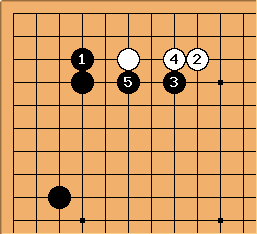 is to defend B's corner securely. In this diagram,

moves might(may?) be put off, depending on a condition of whole board situation. 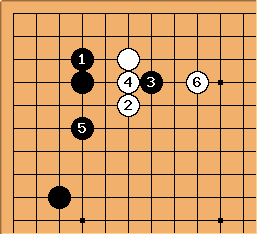 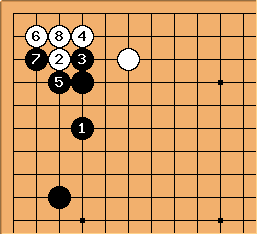 Another way to play is

,which is somewhat modest. In this case, it is often seen for w to invade at 3.3 immediately. 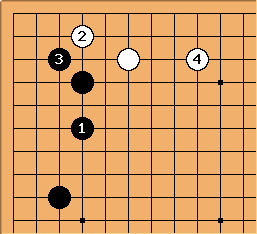 Of course, this is most peaceful sequence. 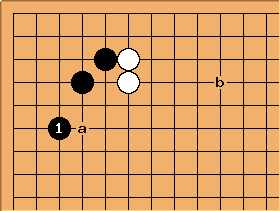 This is the basic diagram. There are several questions to answer here:

The evaluation is done using KataGo as a reference. 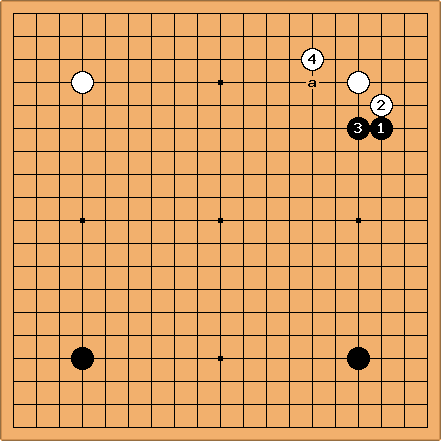 In a symmetrical parallel all star point opening

With a pincer stone 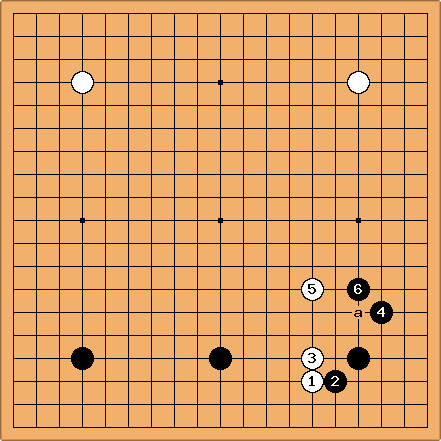 In case of a Black san ren sei, White's lead is 1.1 to start with. Again, 3-3 invasions of either Black corner are preferred.

An inside approach at

loses 0.6 and we start at 0.5. This is our reference for the discussion. 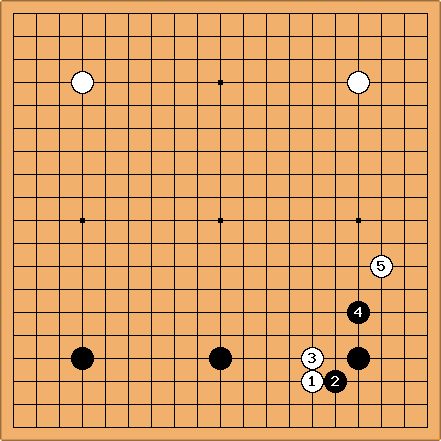 . Things can become quite heated from that point onward.

With a supporting stone on the side 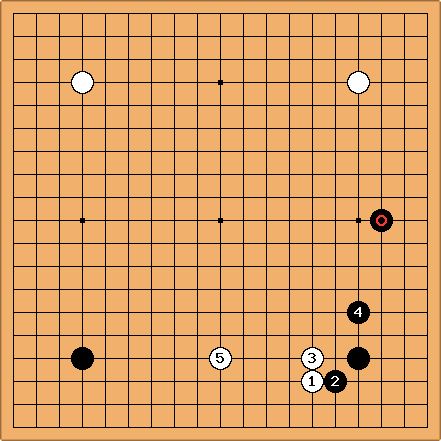 . White's approach on the outside

will result in this sequence. Traditionally it was considered bad for Black to kick at

but nowadays, due to AI evaluation, making White stronger towards an open side is considered playable because Black gets sente.

If instead Black plays low, he'd lose about 0.7 in this position: 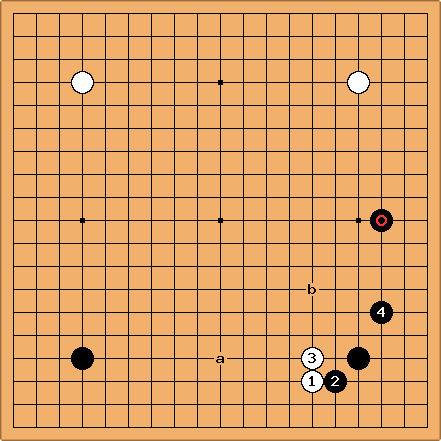 In this case White's stones are considered more resilient, allowing White to take sente. Both a and b are now available.

About the 5d recommendation 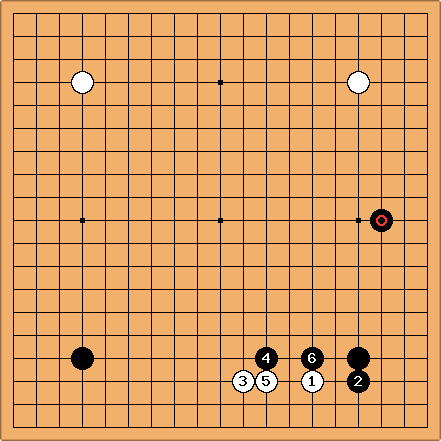 makes a base. Black can indeed gain influence towards

but this doesn't offset White's sente.