The 4-4 point 3-3 invasion, double hane, atari up is part of the main sequence of the double hane joseki. This position can also be reached by transposition from the push and cut after the simple 3-3 invasion joseki with the one-space jump.

Generally speaking, White should capture the cutting stone according to the go proverb. In rare circumstances, White can connect at b to retain the corner, upon which Black would like to ladder the

stone. Even if Black lacks the ladder, this result is usually still good for Black. 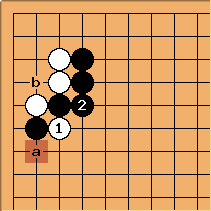 When should White play a solid connection? 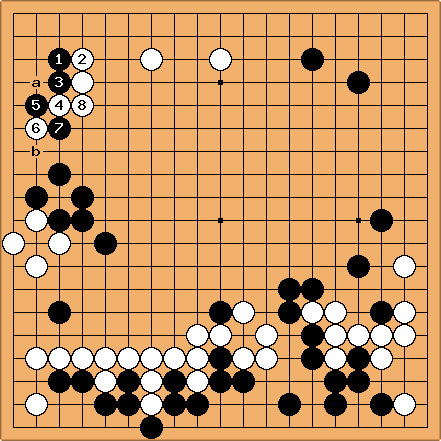