Jesusin: This is a diagram from the book "Get strong at invading". It is a middle game joseki. There are other possibilities for

The text (answer to problem 107) says White is alive after the sequence.

But I do not seem to find this group alive. Here are my variations: 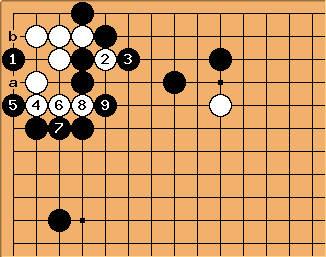 White is dead. If White a next, then Black b.

What am I missing?

, as in Continuation 2, but after playing White b, Black a. Black is short of liberties. If Black is very strong locally it may be possible to kill White after White comes out at 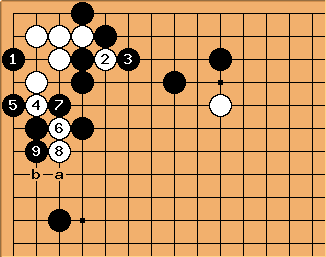 White is dead. If White a next, then Black b.

What am I missing?

Andrew Walkingshaw: What if, instead of a... 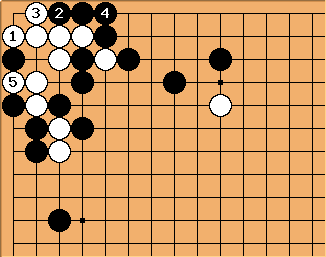 . If, instead, Black tries the play at 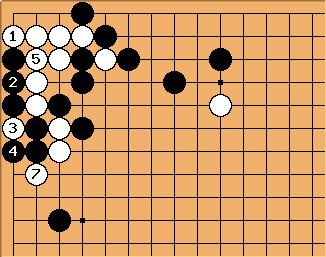 White can play as shown here, catching the outside stones and making an eye on the edge.

Jesusin: Thank you very much, Charles and Andrew. 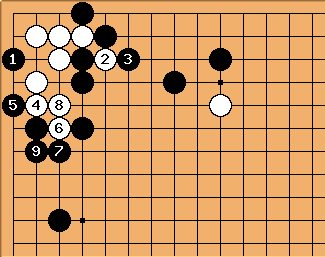 white dies. White can live only if have not played 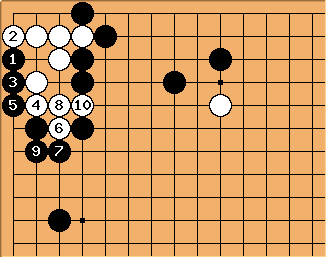 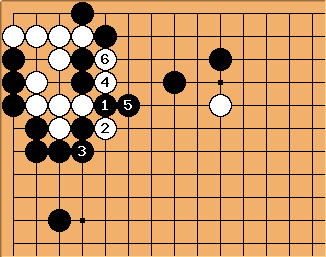 Hans: White should hold the cut (2 in Continutation 1,2) in reserve. Then white can escape or -if black prevents this- live as shown in the 2 diagrams above.