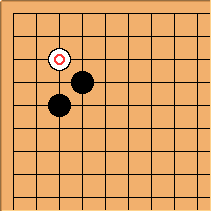 Taw: What about this one? Normal joseki doesn't seem to work, but is there some other way to make life ?

should die: but there are some complexities. 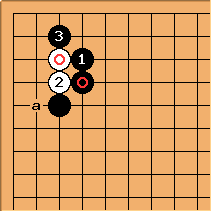 This suggested choice of

could cause a major loss in some cases. But not with this choice of

at a expects to live somehow.

zinger: the position after

can also be reached by an invasion of a keima shimari, i.e.

. This may be more common. 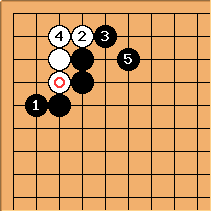 here White has a dead shape in the corner. Therefore 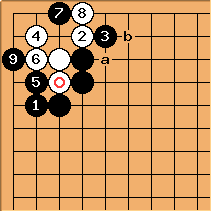 to the 2-2 point, as here, is an attempt to make ko after

. But Black gets round this with the placement at

. White is dead after 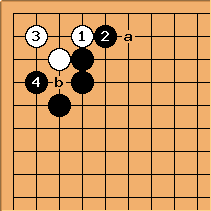 is the natural answer to try for an outright kill. Then White has some good aji at a. This is better than the previous variations that have a white stone at b - would White play there now? 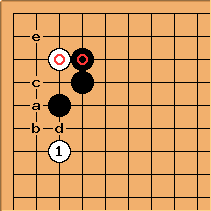 The most usual reason for White to play out the exchange

here, which is seen in high-level games, is to make

a better play. Now White has the endgame move at a, which Black can't resist because after Black b, White c, Black d, White e, White is alive in the corner. 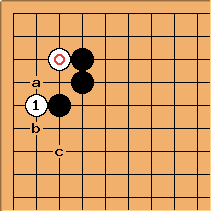 Calvin: Another idea which is common in pro play is for white to attach at

directly, even if there is no helping stone near c. 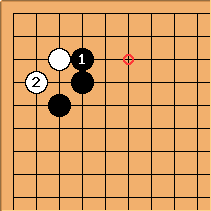 Timm(5k): How to answer this ? I'm also interested in the answer if there is a Black stone at

(if that makes a big difference). 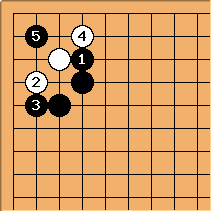 p.s. Oh, I think I've found my answer. Is this way to play correct ?