Warder 05/ ATest Of Will

Time for another game story/analysis. This game demonstrates a ko fight at my current skill level in pretty gory detail. What's interesting here is how the ko rules of Go expand local conflicts to the entire board. Unlike the game on the Not Like Chess page, this game involved a great deal of fighting (sequences of plays to determine the life and death of groups). Violent games like this can either result in crushing victories for one side or very close games depending on the fortune/misfortune of the players involved. 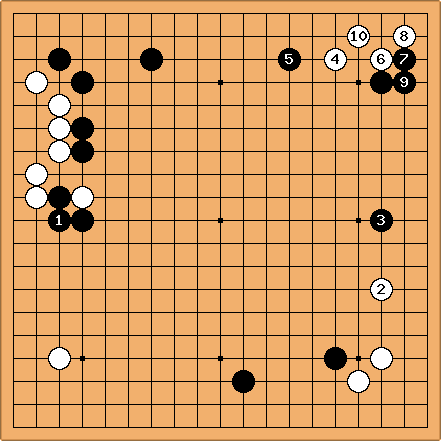 This is how the board stood before the middle game fighting started in earnest. While White has some solid territory, Black is definitely ahead in the influence department.

While it's true that very little of the board is settled, the moves that follow nonetheless mark the beginning of the fighting that defines the middle game. I have left more than a few attackable groups on the board, but the same is true for White.

Almost at once, the game gets violent, as White mounts a number of attacks on Black groups floating around the board. This game really gets determined here, the until the ko emerges, the endgame really just shuffles points around. 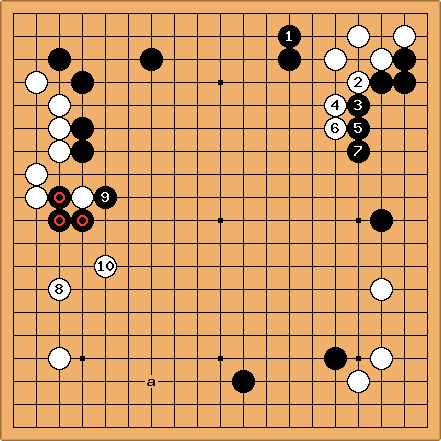 White pushes out into the center with

is an excellent move. It puts pressure on the marked black stones, and sketches out some third-line territory.

allows white to move out into the center with her corner group. A move near a is now big for both players, as it's a key point on White's moyo and a nearly vital extension for Black. 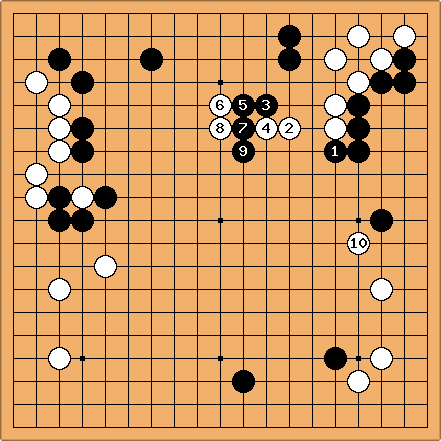 is probably smaller than I thought it was. Extending along the bottom would have been much bigger.

is an overplay which ends up costing White the game. White retains sente at the end of these moves, and takes full advantage of it to play the shoulder blow of

. Soon, however, the game-deciding fight will break out.

This fight essentually decides the game. White must deal with the consequences of it's overplay at move 46. She thinks the aji of the black group on the left will provide some outlet, but it's not to be. 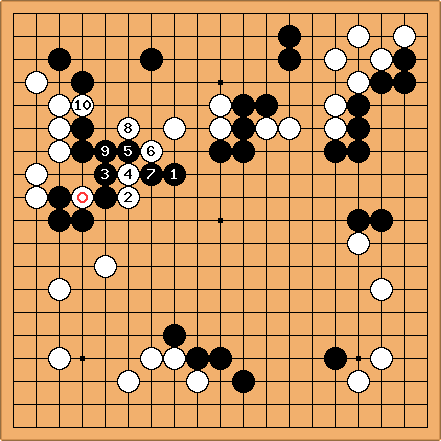 , White tries to cause some trouble with the attachment at

. I imagine that White hopes to use the aji of the marked stone against me. I, however, decide to play forcefully and cut with

despite how weak my group on the left looks. Now, I'm committed to fighting it out in order to keep my top side alive. 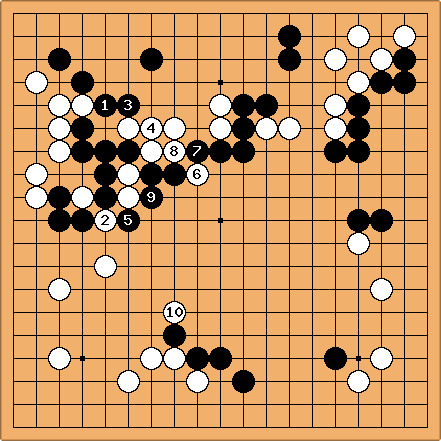 , White's group is basically dead. White could not connect by killing my weak-looking group on the left because I can always capture the stone in atari or connect out underneath

. White shifts the focus to the bottom after dieing in sente. Not catching

will come back to haunt me.

Round 2: The Lower Side 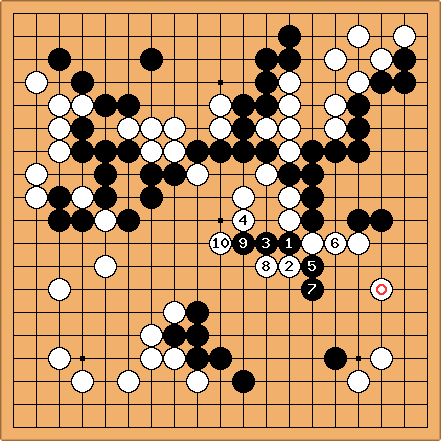 After the sequence on the bottom ends, Black (with some effort) seals White in in the upper right. the cut at

marks the next phase of fighting. While things look dire, if Black can capture the cutting stones (

) he should be ok. While this cut appears to be focused on the left side, the low position of

means that black will have better luck runing to the lower side than to the left. 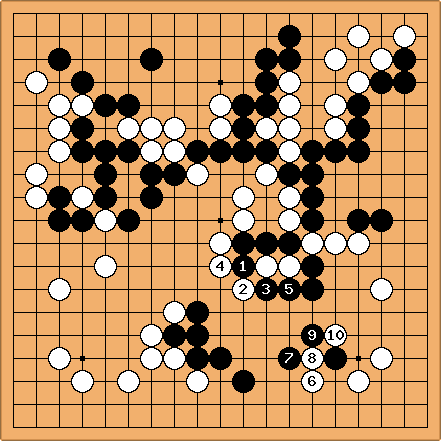 At this point, it's pretty clear that Black's group on the lower side will live. While

indicate that the fighting isn't quite done on the bottom, we will skip ahead at this point to the ko fight at the end of the game.

Endgame: Ko for it! 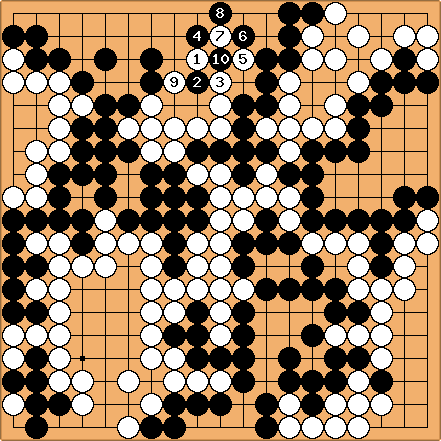 ), it's pretty clear that a large ko has started for the life of the white group at the top. More importantly, if White lives there, the black group immediately to the right of it will come under serious duress. It bears mention at this point, that when the ko started, I had used 20 of my 40 minutes of main time, whereas my opponent had used nearly all of it. After a few setup moves, the fight begins in earnest on move 267. 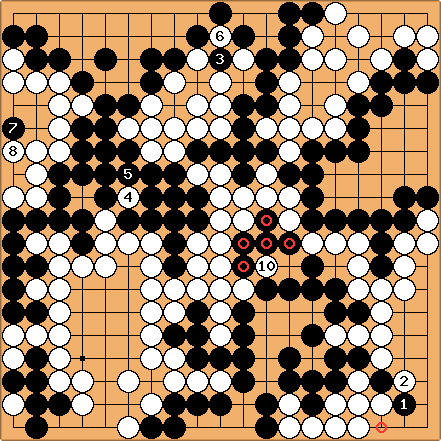 This diagram actually shows the entire scope of the ko fight. I made the first threat with

, and will take the ko after White plays

. Here's a description of all of the threats. 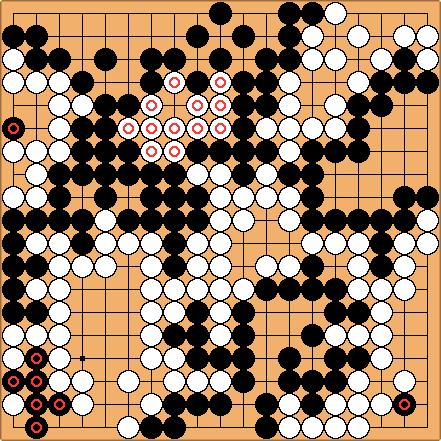 It looks like Black lost, but that's a function of the dead stones. The dead white group on the top accounts for a good deal of points.