I have noticed that there are many beginners of the game of Go who get this concept wrong.

Normally, the straight four, the bent four and the twisted four are alive because the two points in the middle of the big eye are miai.

However, if we allow the opponent to occupy both the middle two points of the four space big eye which is completely surrounded, then the group would be dead. The following three diagrams illustrates this. 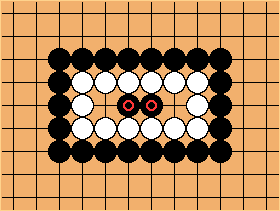 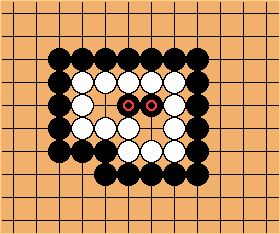 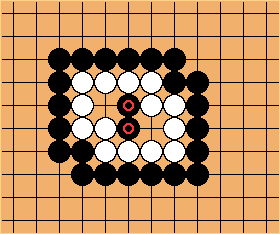 And no, it is not a seki. The following will use the straight four to explain why, but the explanation for bent four and twisted four will be very similar. 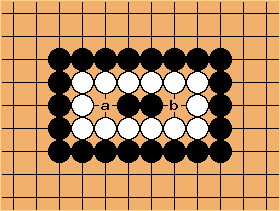 First we notice that it makes no sense for white to play at a or b, because it would put white under self atari. 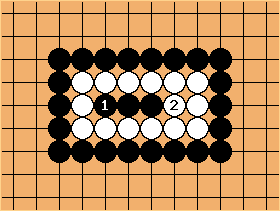 If black plays first, he can start by the atari at black 1. White 2 captures three stones... 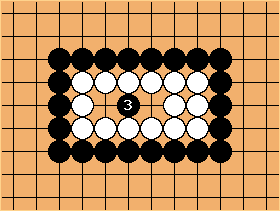 ... but after the capture, we see a three space big eye. In this case, it is a straight three, but it may be a bent three for bent four and twisted four. In any case,

can play in the middle of the three space big eye, proving that the white group is dead. 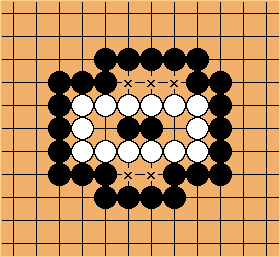 Beginners may also want to take a look at the topic of almost fill. I hope that my comments have helped. =)