Hi, my real name is Juan, and I'm a Costa Rican Math student.

I first learned the basic rules of this amazing game from a High School classmate, somewhere between 2005 and 2007, but only started playing regularly since late October 2008, when I joined the small but enthusiastic group of players the national association is comprised of.

I play most of my games online on OGS and KGS, but I hold accounts in many other servers too (always with the same handle). 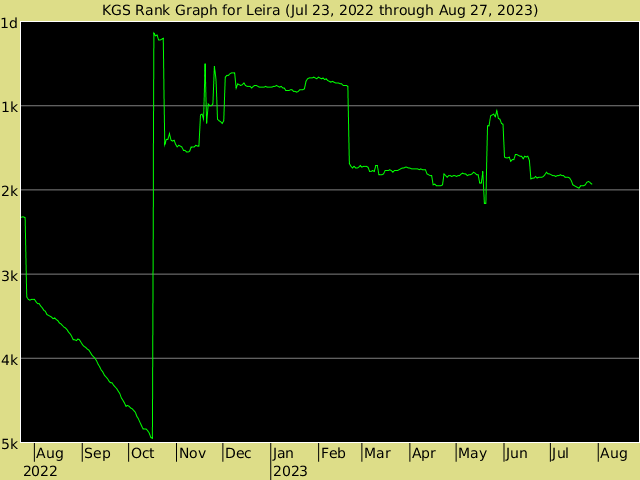 Here's a (non-comprehensive) list of tournaments in which I have participated:

thanatos13: Hi, welcome to Sensei's Library. If you need anything just ask.

try the Beginner Study Section (if you're rather new) first, there are also many go servers where you can play against people. see go servers