I am only 12 kyu on KGS so this is definitely a kyu-level attempt. 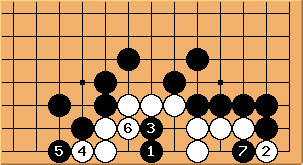 to create a bulky five shape. 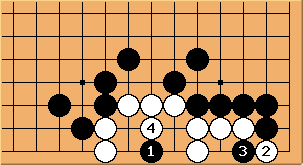 My first instinct was to throw in at

to create the bulky five shape but 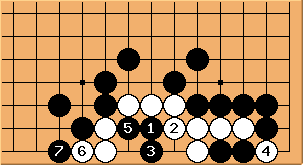 This seems to be another solution. 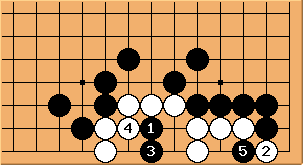 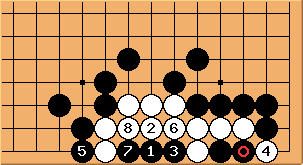 Dieter: (I have to write something on page 5000) This variation is to be considered too, I think. After

, a play at 1 and at the marked stone are miai to live. 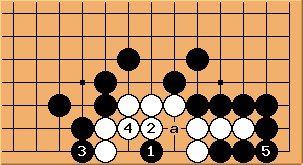 Black should play at

kills the group. If

instead, then Black plays at

and White is still dead (a is a false eye). 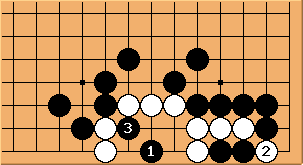 If White captures immediately, Black captures the two stones on the left. 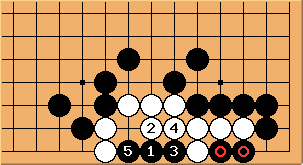 here, there is no eye at the

stones and a dead shape in the eyespace. 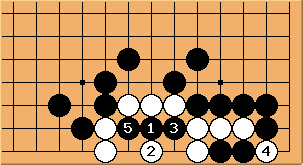 but then Black plays 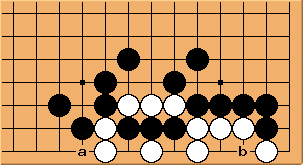 Now the points a and b are miai to kill. 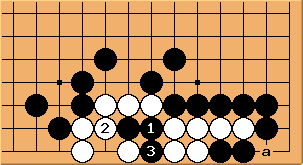 I calculated also the variation where instead

above, White plays counter-atari at

. It would have worked if there had been one more line of white stones on the right. In this case White would not take at a but would atari at 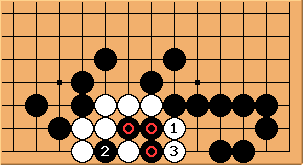 stones (under the stones). If

I'm only a KGS 14K, so this really, REALLY is a kyu attempt.

Here's my take on this problem. I think it works! 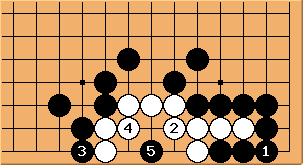 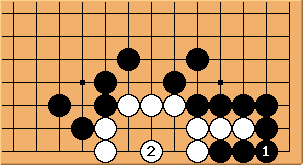 unkx80: Explain how you would kill this. 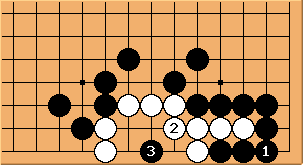 Skylancer (2K): Additional comment - if white is so kind as to connect at

, then black must play at

in the original diagram). 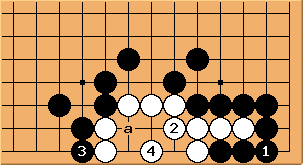 If Black makes the mistake of playing at this

after White's mistake, then

lives all over again by making an eye and protecting the cut at A at the same time.