If you have lost four corners resign

Naoki Miyamoto 9p gives criticism and an example in the book "The Breakthrough to Shodan" (a book famous for contesting proverbs). 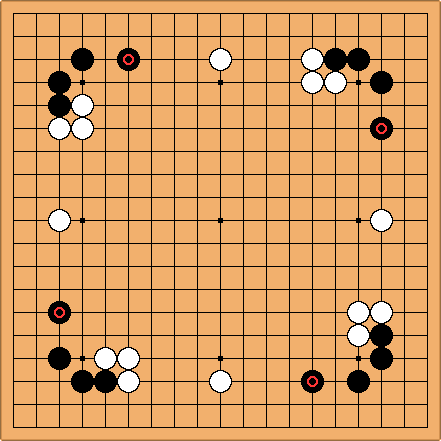 This example appears in a book by Fujisawa Hideyuki. Each player has made the same number of plays, and joseki, at that, but White has obviously fallen far behind. Because the number of White and Black stones is equal, Black's entire advantage is due to having the corners. Alex Weldon: This is a little bit misleading. Losing four corners is probably a bad thing most of the time, but here I'd say White's problem has more to do with the fact that with each of the (identical) josekis, he has given black solid territory in return for a more influence-oriented position, but then given black a low, solid position (marked stones) just in the right place to negate that influence.

Bill: Because of my interest in the endgame, I have collected about 100 twentieth century top level games that did not end in resignation. I looked through them, and thought that I might find one example where one player took all four corners.

I had forgotten about Kitani. I found four examples, in all of which he took all four corners. Of those four games, he lost three and won one. Inconclusive.

Here is the only game of the four in which Kitani took the fourth corner early. 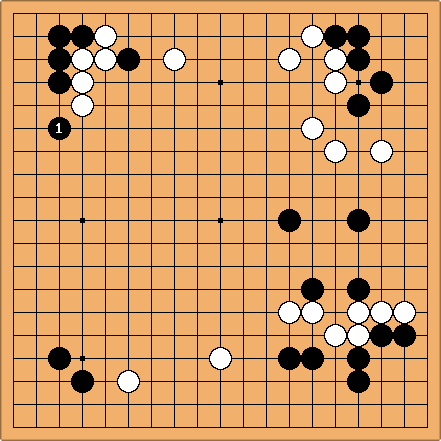 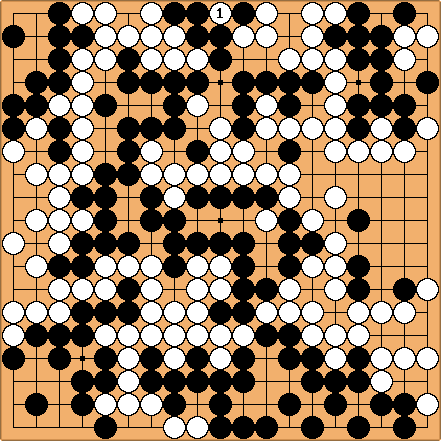 For reference, here is the position at the final 1/3 point ko fight, which White won 15.5.

See also the variation on this proverb: Black should resign if one player has four corners