The following game is a game between Shao Zhenzhong 8p (W) and Zheng Hong 8p.

The original notation contains a series of errors in the beginning of the game, including some pretty ridiculous moves, due to a notation error. I have tried to fix the game: 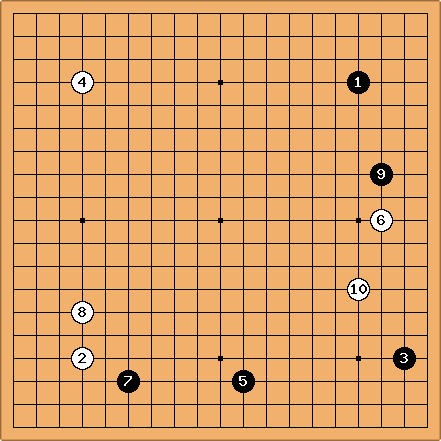 This is the first diagram in the original notation. One move immediately seems off:

It seems that most of the errors in the follow-up notation are the result of this mistake, with the game recorder annotating their position relative to this move. All of the fixes that I have done involve shifting moves to the left, starting with this one. 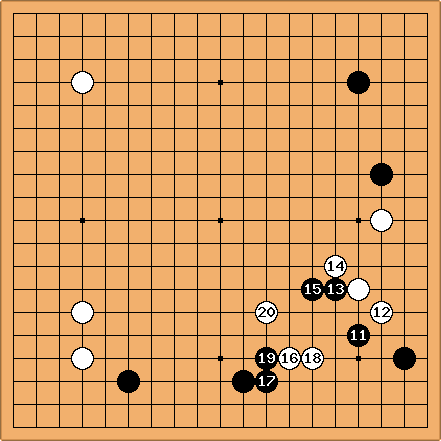 This is getting pretty ridiculous.

don't make a lot of sense. 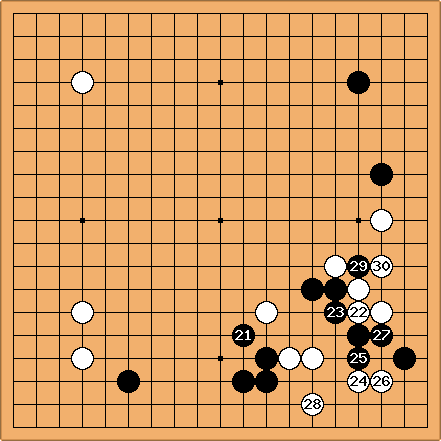 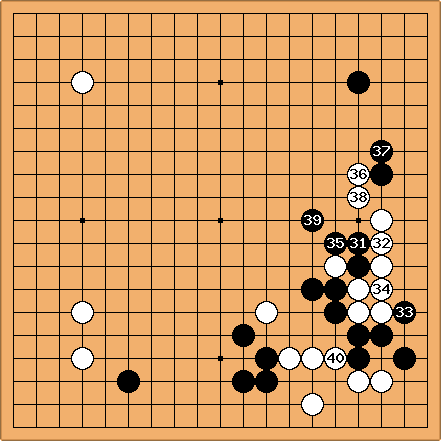 This is looking pretty reasonable, except for

, which could just cut. 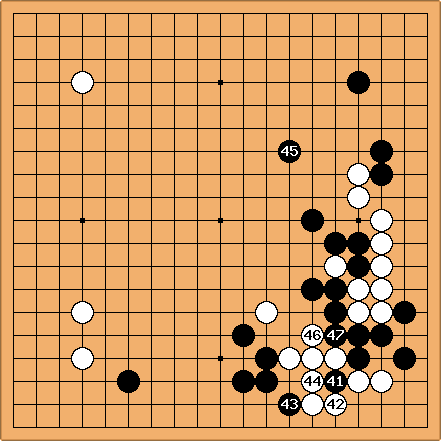 Most of these moves don't make a lot of sense.

From here on out, most moves make more sense, as they are not in this area. You will still see some occasional strange exchanges, however, for example: 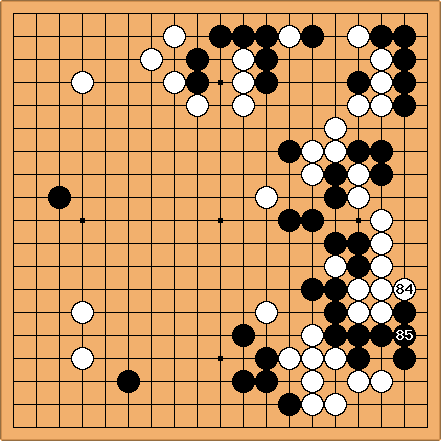 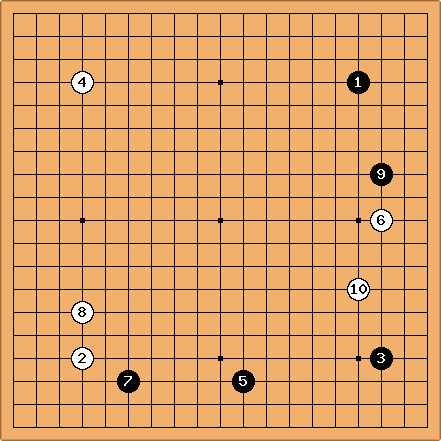 over to a more normal position (mini chinese). 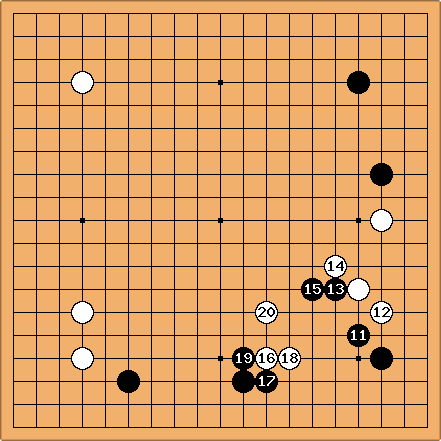 all one to the left, so that it becomes a shoulder hit and follow-up sequence, the whole flow from 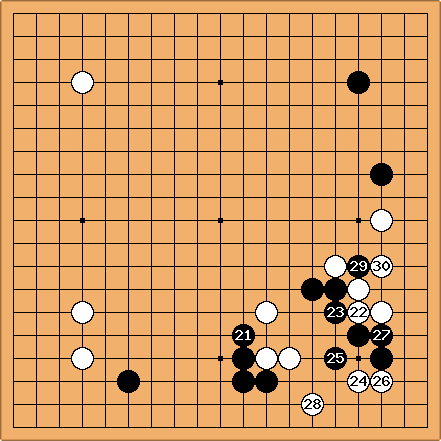 becomes natural, and it becomes obvious why

one over to the left seems natural here, defending the cut while attacking white. 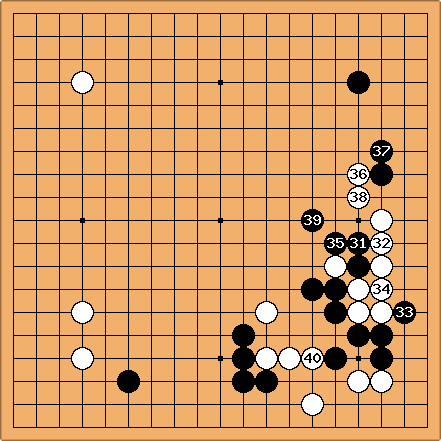 already made sense, but now 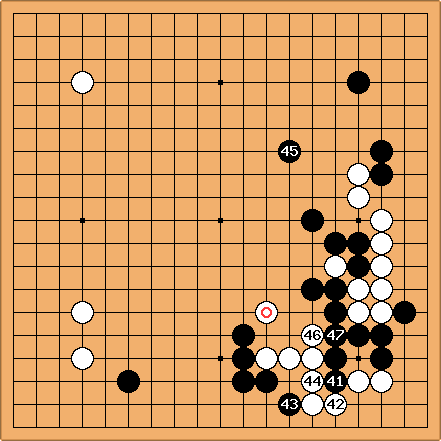