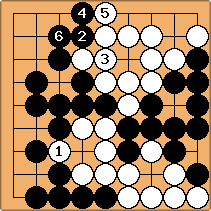 Assuming the game finished like this, and now both players pass.

What is the status of black and white in the lower right, given Japanese rules? 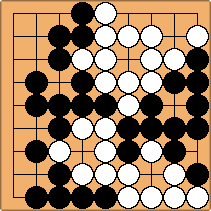 Under Japanese rules, during the determination of life and death, neither player may ever retake any ko unless he has passed for that specific ko (

If black tries to prove that white is dead, play goes as follows: 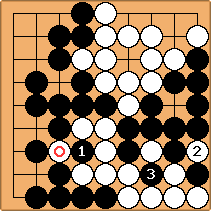 , due to the aforementioned extra rule. Given that the whole white group is in atari, white therefore cannot avoid capture.

If white tries to prove that black is dead, play goes as follows: 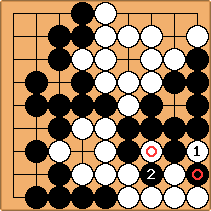 : White passes to be allowed to recapture at

: Black passes to be allowed to recapture at

This can go on indefinitely, therefore white cannot capture black.