This is a continuation of the variant 1-3-5s page, which is restricted to formations based on a 3-4 point. Most of these formations are unusual (at best) in pro games; but are found in amateur go.

Behind the formations lies a concept, co-ordination between adjacent corners (see e.g. corner co-ordination 1). For example the jabberwocks lend themselves very badly to making a 1-3-5 along a side, and the 3-3 point not so well. The 4-4 point co-ordinates well, in general; and the 3-4/4-3 point has also come to been seen as good in co-ordination, with the rise of the Chinese-style formations (a minor revolution by Copernican standards, no doubt, but moving away from the idea of pincer joseki as the essential of strategy). 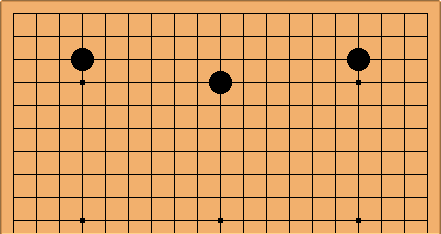 This is said to be a favourite of Cho U, who played it in 1996 against Yamashita Keigo. 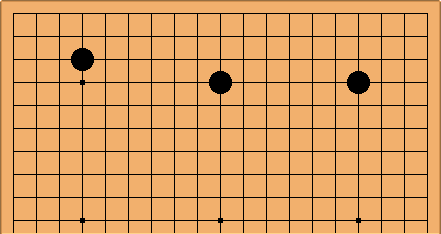 Played by Cho Chikun in 1980 - quite frequent in the past few years. 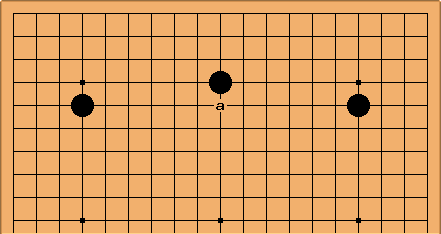 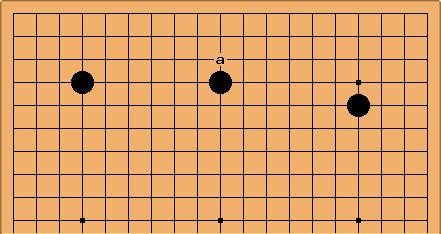 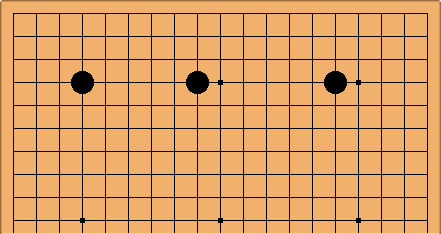 Played in 1934 by Sekiyama Riichi, and by Suzuki Kensho. 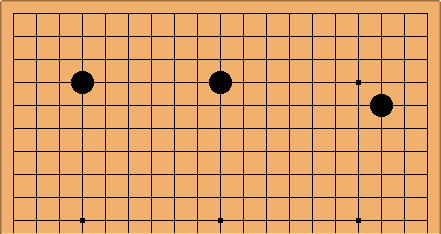 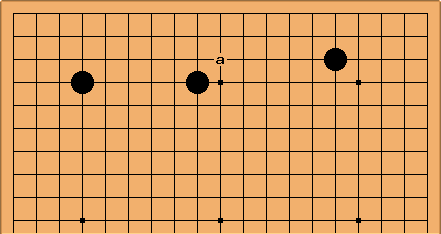 Played in 1969 by Takemiya in the SuperPillbox game. With the central stone at a in an old game of Xu Xingyou against Huang Longshi. 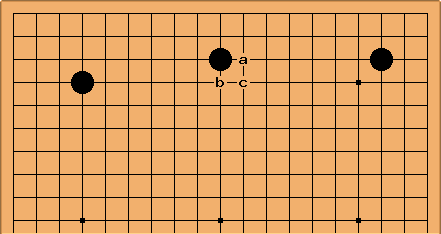 There may not appear to be anything particularly surprising or special about this formation. The central stone is not, however, perfectly placed as shown from a perfectionist point of view. Black would commonly enclose one of the corners first. Playing at a, b or c is also known.

In fact the 3-3 point isn't in principle so well suited to supporting this type of formation. 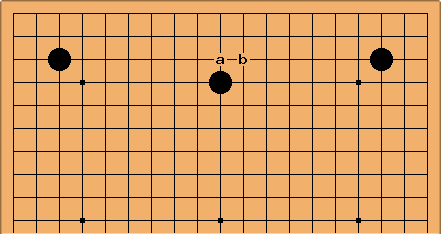 One problem with playing two 3-3 points on a side is how to threaten to make enough territory, if the opponent doesn't come in early. The 10-4 point as shown has been adopted on some occasions by Cho Chikun. A number of top players have tried a. The eccentric Yamabe Toshiro played b against Kato Masao in the 1980 Tengen match. 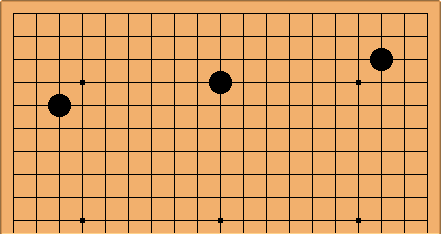 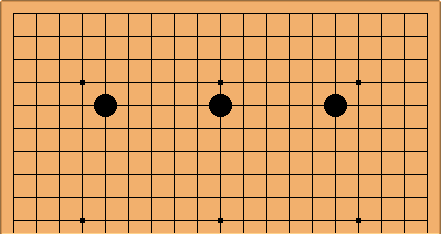 Played by Kitani against Go Seigen in two notorious games in 1934.