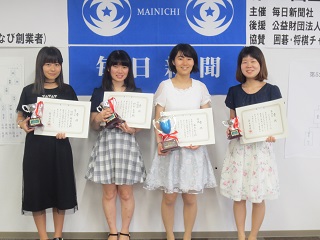 Female Student Honinbo (FSH) is the only one Go tournament for female university students. It is held since 1966 with the support of Nihon Ki-in and the All Japan Student Go Federation. The Female Honinbo for professionals is similar but not directly related.

To attend the FSH, all players must clear the regional preliminaries. For example, the Tokyo area preliminary is held by the Kanto Student Go Association.

All regional representatives will be randomly enrolled to 4 leagues. Only the 1st place of each leagues are entitled to the semi-finals.

Notable FSH winners since the 2000s