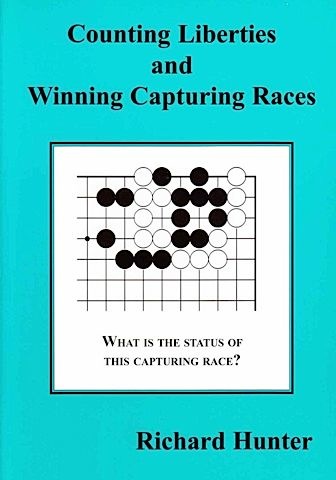 This book is based on my articles in the British Go Journal numbers 102 to 120 (1996-2000). Six articles covering the definition of Type 1 to 6 fights, plus the summary overview, were published in the Belgian Go Journal, translated into Dutch by Stefan Verstraeten.

If you have already read all the BGJ articles, then the main new material is Chapter 4, which mirrors Chapter 1 but looks at capturing races involving ko. Chapters 3, 6, and 8 are mostly new too.

In Chapter 1, I introduce six types of fights

On page 1, I define liberties as the unoccupied points directly adjacent to stones and mention that this is a simplification that will be extended later. On page 16, after introducing approach moves, I redefine liberties as the number of moves it takes to capture the stones. If I want to refer to the dame on a group after that, I use physical liberties.

I have deliberately made minimal use of Japanese terms in order to make the book easy to read for beginners. The ones I have used are: sente, gote, hane, seki, ko, tesuji.
I have not used semeai, dame, or Me Ari Me Nashi etc.

I carefully avoid using the terms mutual liberties and shared liberties, which are the cause of a lot of misunderstanding.
I hate the expression Eyes Win Semeais, which is a terrible proverb designed to ensure that weak players stay weak. It is a mistranslation of Me Ari Me Nashi. I shall comment on the relevant pages later.