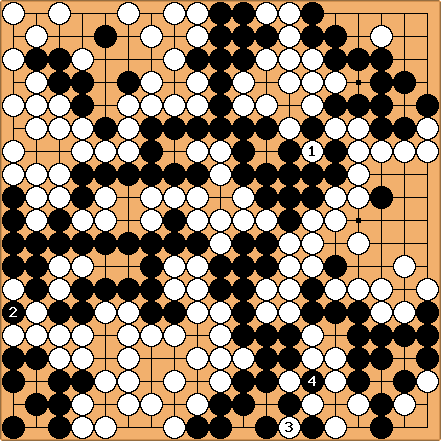 The 2005 Southern Great Wall Cup was an invitational game between Chang Hao (White) and Lee Changho. It ended in no result due to a quadruple ko. In postgame analysis, professionals have calculated that Lee Changho could have filled in one of the kos and still won by 2.5 points (under the Chinese rules). The game however had a fixed 50 minute time limit for each player, and at the end each player had only one minute left. So there was no time for Lee Changho to calculate precisely, and the game ended in no result.