When to play the 3-3 approach 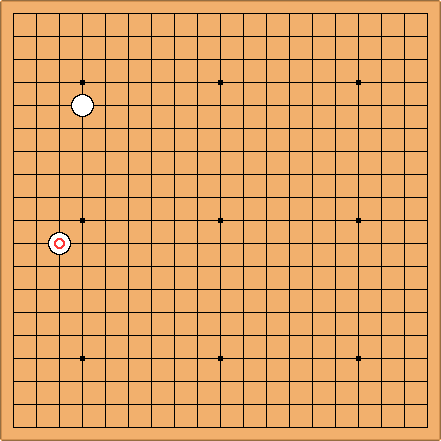 Even though the 3-4 approach is feasible, as shown in the following diagrams, Black ends up with a bulky group without any eyeshape which will be quite a burden to take care of. That is, play the 3-3 invasion to avoid becoming heavy. 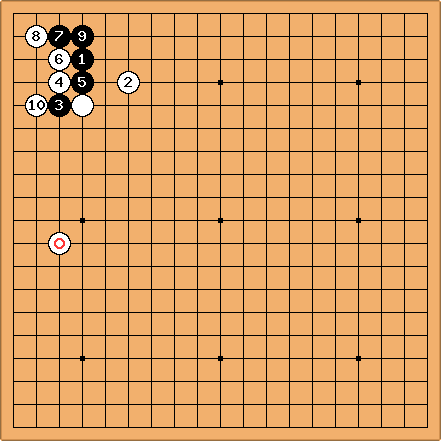 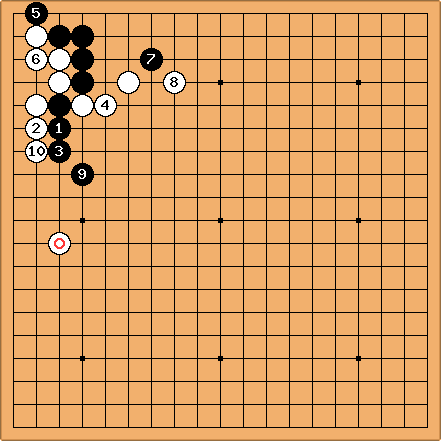 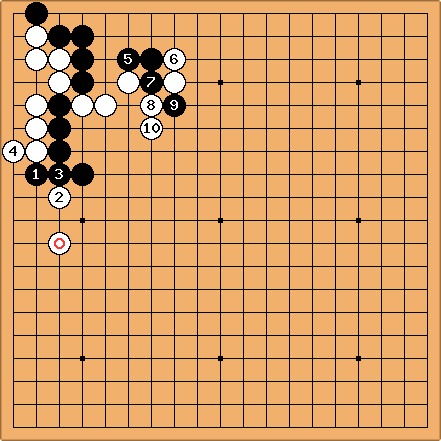 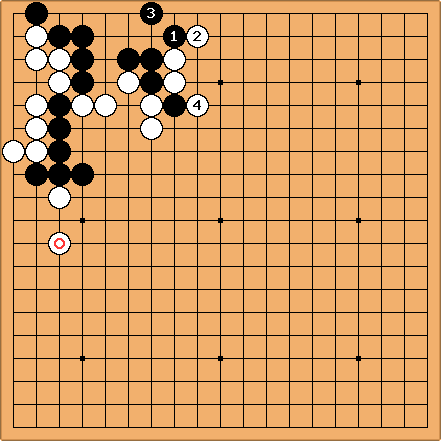 Charles: I'd like to comment that this discussion provides two examples of blocked configurations. Firstly, as far as I can see, Black simply never plays now into the 4-3 approach (last example dates from 1772). And consequently the framework with

is a hamete, and the 3-3 approach a refutation'.

stone isn't in a very good position, and when Black does then invade at 3-3 as shown, you can see the stone is in a very inefficient position. 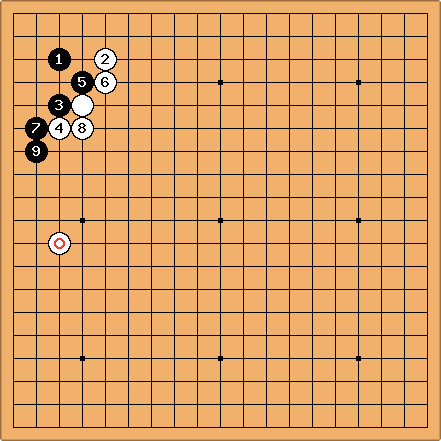 Bill: Yeah, like White is really going to play

Dieter: I guess that, if the pros regard

as a trick play, this sequence is one of the diagrams proving the refutation. Not the refutation, maybe, but not entirely irrelevant either, I suppose. 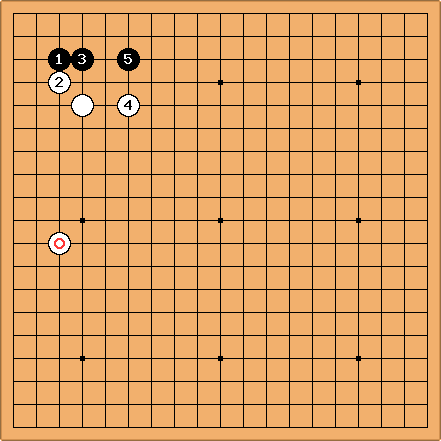 I guess Bill, that your point is that this diagram should be researched, rather than the previous. Indeed, it is not so obvious for me why this result would be inferior for Black. It looks rather consistent. I think no amateur would be scolded for playing like this.