This position occurred in a recent game. I was Black and both players were ~13k on KGS.

Was I greedy in this running fight? White was chasing the left Black dragon down the board, but it managed to make some eyes, in part by leaving weak groups near the center.

I felt that my opponent made some unnecessary moves and let me win. It would help me if greatly if someone could provide demonstrations of general principals or specific moves to improve white's position/attack. 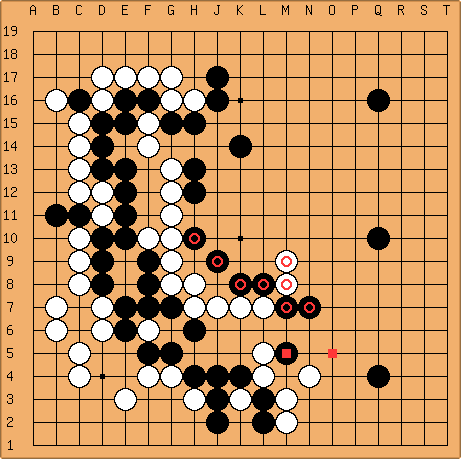 I thought the safe Black move was at the square point. With that White lives in the side and corner, and Black takes the right side (I think).

I was concerned over the circled stones. Black's cutting groups are getting weaker, and the main White dragon is becoming stronger, and may soon form eyes. So I charged into the attack. 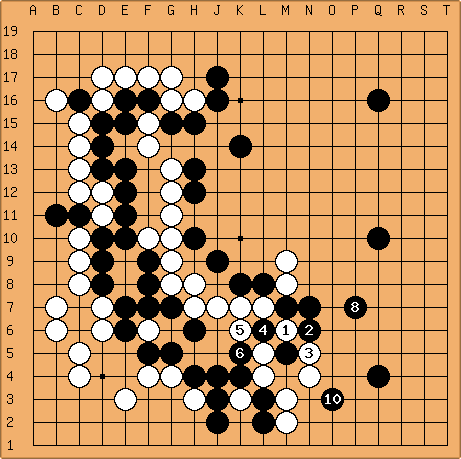 Afterward a corner fight allowed White to live small, but Black had the entire upper quadrant.