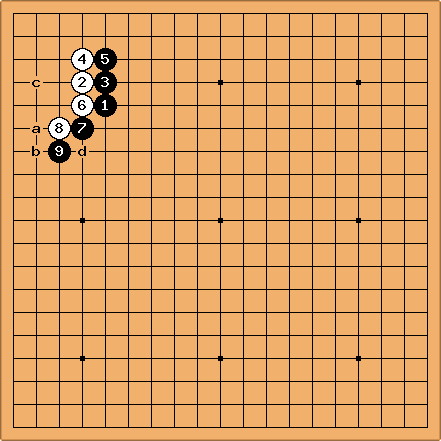 Tasky: I started lately to open at 5/5, and the joseki coming up goes like that (from kogo's). The joseki dictionary then continues with a,b,c,d but often my opponent just cuts at d instead of a... What's the correct punishment and how to avoid losing the

stone (or giving away to much thickness while crawling low)? 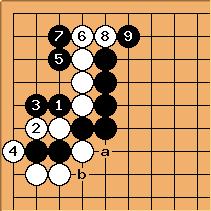 I came up with something like this, but have I missed something?: The exchange a/b can be played before

should then kill the white stones 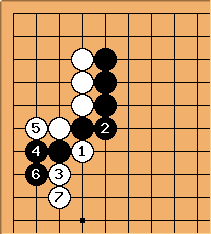 is a usual way of playing. 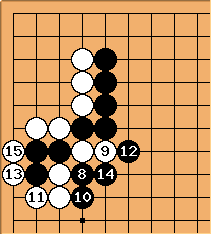 fractic: If the ladder favors Black then he can play a double threat ladder maker with

. However playing just like this let's White connect with 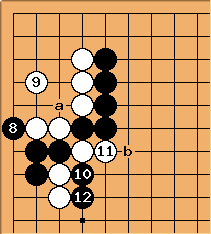 fractic: Therefor Black should first force with this

on the outside the cut at a captures the white cutting stones. After this white can no longer connect underneath so as long as the ladder starting with b works this looks playable for black.

Tasky:Ok thx, 2 more questions: 1. what when the ladder doesn't work? 2. What can b do in the joseki position if w doesn't play c? 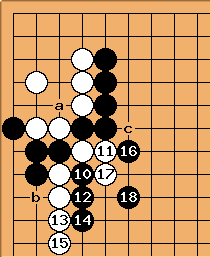 JoelR: Unlike on the double threat ladder maker page, c is not atari, so the

sequence doesn't save the upper stones - Black catches them in a net.

at b? Black doesn't have time to go play a net.

JoelR: Oh, you're right. My mistake. 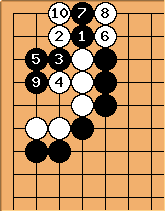 JoelR: If White omits c, this looks fun for Black. 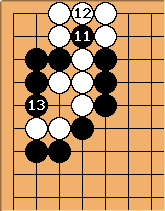 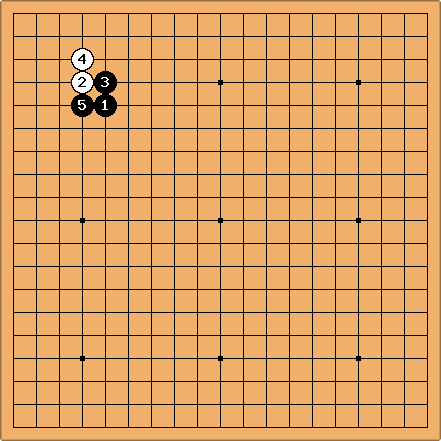 Bill: How about avoiding the problem completely with the turn at 5? :) That seems more in the spirit of the 5-5 opening than the purported joseki.