A Life and Death Problem 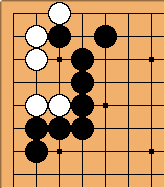 But is that due to my bad play or could it be killed? 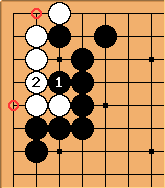 fractic: Black can easily kill with

is actually dying in gote because the

ThorAvaTahr: Black's strategy here (or in any other life and death problem) is to first reduce the space where white can make eyes and later (if necessary) do a placement on the vital point of the group. 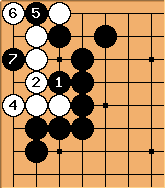 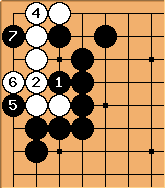 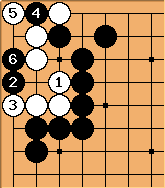 willemien But now White having the first move

fractic: I just glanced the first time because I thought you were asking if Black could kill. But now that I've taken a longer look it looks like White was already dead. 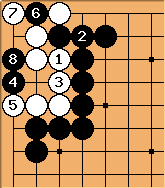