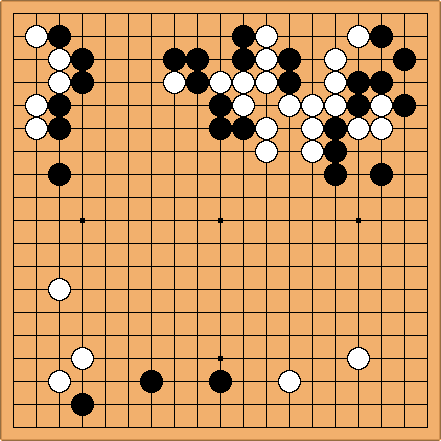 NhanHo :This is a position arose in one of my games. When I was playing , I didnt know how to continue . Roughly counting show that the game is even(there was no komi), but it's my turn, and the san-san is still opened, so I thought I was leading by a small margin . 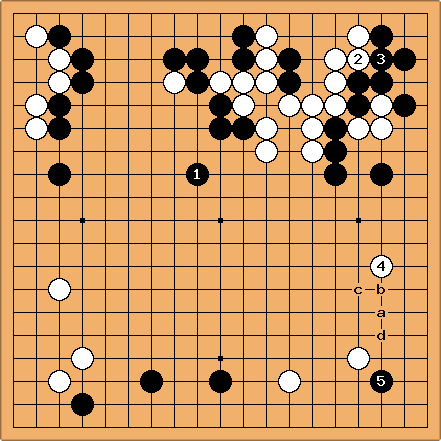 This is how I play :

fractic: I think you can ignore

and play around a instead.

is good timing I believe.

is a big move. However, it doesn't obviously threaten any big follow up moves. I think that I would probably play on the right hand side somewhere, since this is an area where both White and black would like to play and you might well be able to get sente to play around

as well. For example, I'm thinking that I would play b or c, staking out some potential territory on the rhs. If White defends against the 3-3 invasion then I can play at

; if white tries to reduce the territory on top, then I can invade at the 3-3.

NhanHo: Normally, I'd have extend to a straight away . But W is playing very territorial , and he is overconfident (we are at the same rank , but he offers me a game as white with no komi instead of nigiri ) . So I decide to play

to invade at sansan to upset him :) .

fractic: That's not a very solid plan if white would play d instead of

NhanHo: In that case , I think playing

or d is good enough for black . 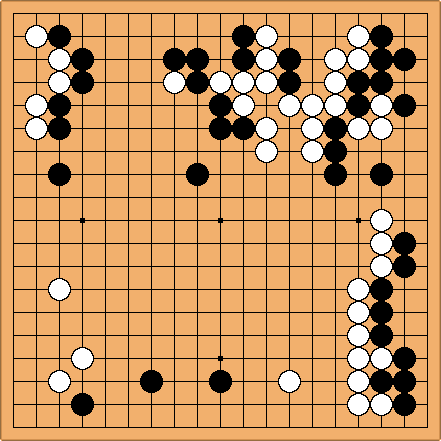 And this is the result after the sansan invasion .
How should I process in Figure 1 and 2 .Is my play acceptable ?

fractic: I don't think white handled the invasion very well. You got a quite a bit of territory and white's wall is ineffective because you have a strong group right in front of it. I'd prefer black.

, then White has the following sequence. It looks to me as though Black owes a move at the squared point, which would make the sequence sente for White, and thus makes me think that Black does need to play

fractic: This sequence may be sente it's still just points.

Dieter: Black has the lead here, but the lead is not big enough to play conservatively. There is no need for risky invasions, but Black still needs to play actively. To play actively means that you do not merely expand territory but make a move that does that and something else, or in general a move that doesn't let off, a move that aspires to dictate what will happen next. 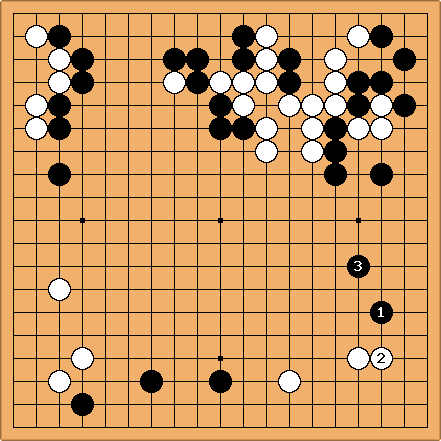 is such a move. Even though it ends in gote, Black now has two moyos, and it is hard for White to tackle both. 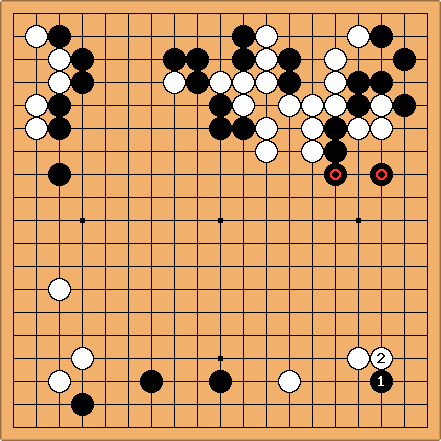 is also very active. The White wall which will exist after the invasion is completed, faces a strong black group. This move however may be a good idea when behind. The invasion know many variations, and it also might affect the stability of Black's lower left. 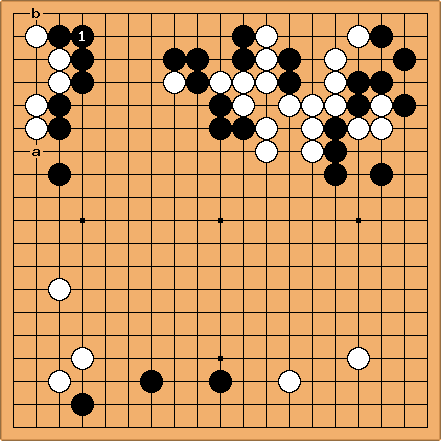 A surprisingly big move is

here. Its endgame value is big (10+ points) and next a and b are both sente. Still, this move is a little too conservative for my taste. 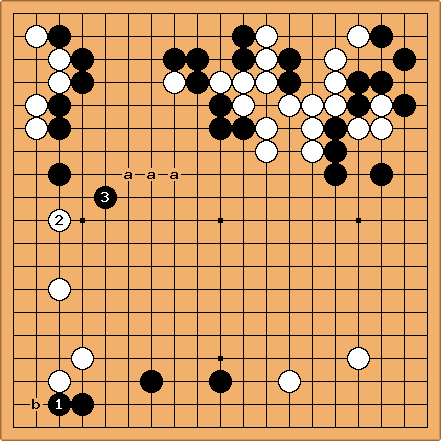 A final idea is inducing. You want to close off your moyo at the top to become territory, somewhere along the line a. Why not let White help you?

have a natural feeling (though Wite may respond

expands the upper moyo, so again Black is achieving two goals in one motion.

Still, the first idea is simple and has my favour. 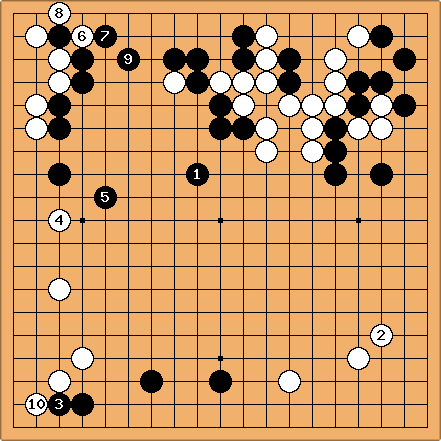 Your move is steady and certainly not bad, but White gets the chance of slow recovery. Assuming moves like

, Black has ceased dictating the flow of the game (

is obviously passive) and the advantage seems to vanish. 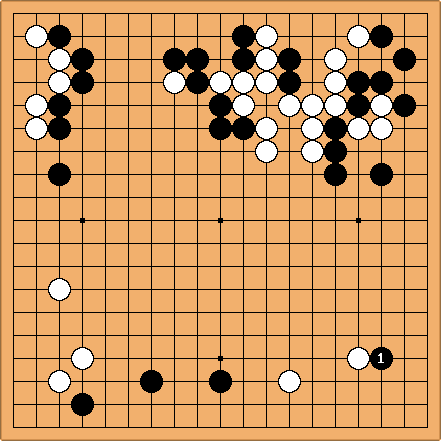 is a standard play against the large knight's enclosure of the 4-4.