posted by Klaus
In a German book Joseki im Mittelspiel by Kaku Takagawa (English: Middle Game Joseki) I found the following sequence, which I do not understand: 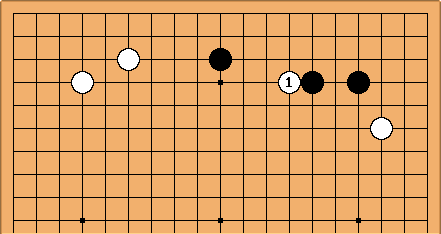 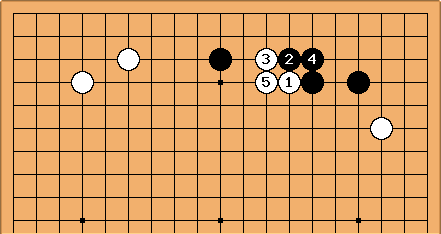 is called a mistake, so far it is easy to understand. 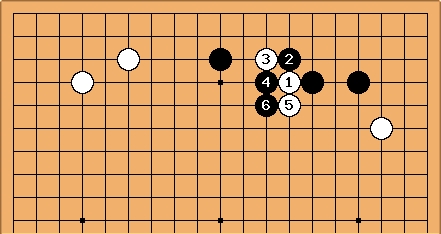 So the book recommends

here, telling us, that the alternative

in the next diagram is a mistake... 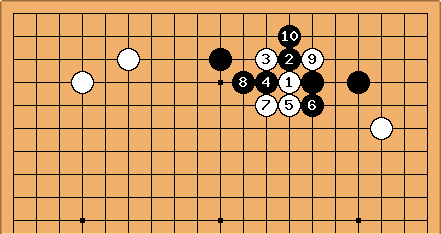 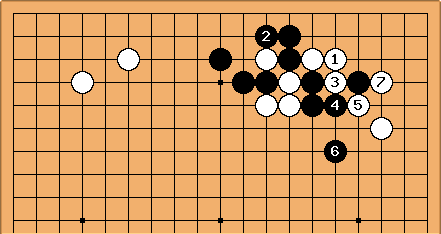 The book ends its analysis with the following conclusion: (next diagram) 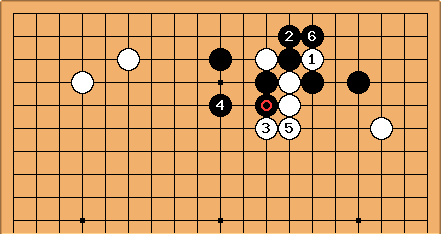 I understand the result, but not the sequence. 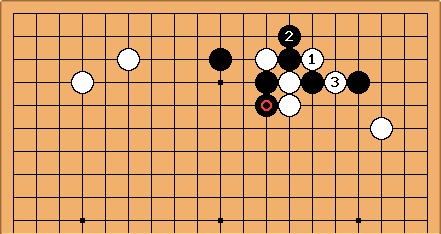 ? What should Black do here? 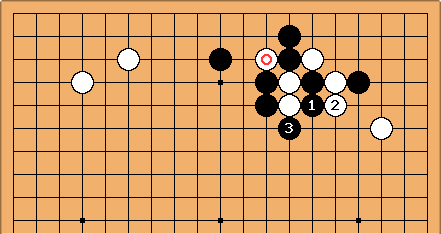 unkx80: Get that tortoise shell with a tail. Black is incredibly thick, and the 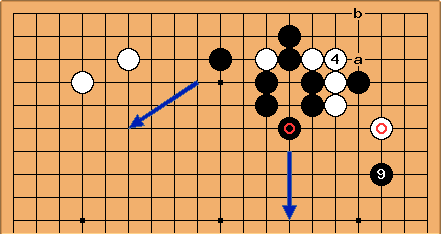 Klaus White seems to get the corner and

is safer than before. Is this good enough for Black? Maybe White can play a instead of

for a firmer capture.

Dieter: I understand and even share your impression. However, with a closer look (and backed up by hindsight ..) White's corner is not that large: Black's monkey at b reduces it to a mere 12+ points. And the corner is not that thick either. Later,

has a flavour of activating the corner aji: if unanswered by White, Black may reduce the corner further or even live inside.

In return for this not so big not so thick corner, White has given Black absolute thickness at the top centre. But I would expect

to be rather urgent.

tapir: I want to add an odd kyu question... What is Black going to do with absolute thickness here, since White isn't weak to the right or left (at least to kyu eyes) it may not be an direct attack. Or does it give its advantage through white playing more conservative in the center since black is strong and bigger endgame plays? At my level of play there are often situations like this, where the thickness of one side is superior but is later wasted throughout the game and the player initiating this bad exchange will consider his plays as superior. (Another source of bad habits.) 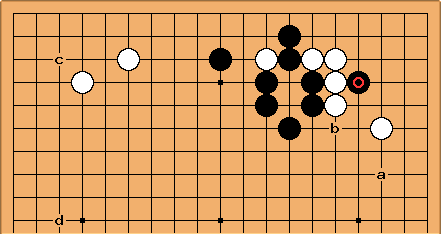 Bill: How to handle thickness is a big subject. Like so many things, if you wait until you are good at it to try it, you will probably never learn how. In this case, as Dieter says, a Black play at a threatens to make use of the aji of the

stone. Depending upon the play, there may be a threat to cut at b. Without the thickness, the Black play at a would not be as strong. Black also threatens to invade the top left corner, say at c. White's resulting thickness would be largely diminished by Black's current thickness. A Black play at d makes the threat of the invasion even bigger. So Black's thickness enhances that play, even if White then protects the corner. In general, Black makes use of thickness by enterprising play.