Tapir: Both players were around 3/4k at KGS. I'm playing black. I was playing confidently to

doesn't look good to me. Black suddenly became heavy. After

I couldn't help but play

jumps out instead of defending the corner? 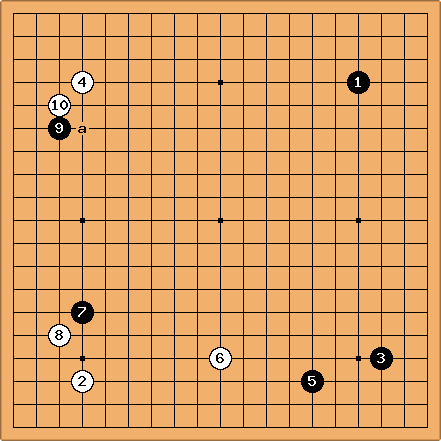 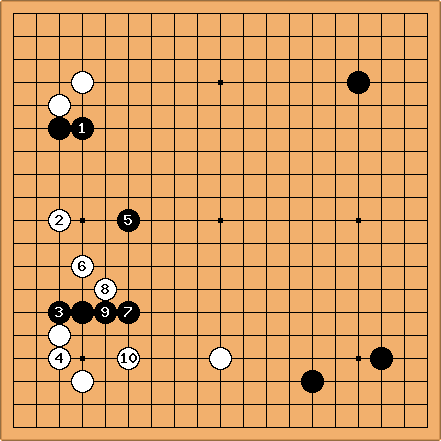 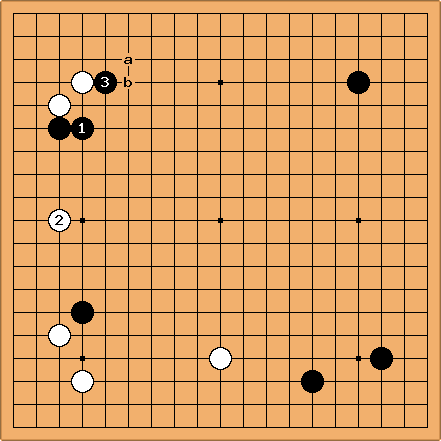 LukeNine45: (I'm not much if any stronger than you, but...) White owes a move at a or b before

is the proper punishment. 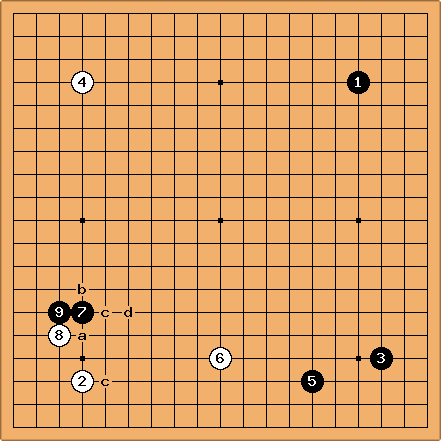 LukeNine45: I don't think you should ignore

is the correct response or not, but

is left in a very odd spot if you don't respond (it looks like you played a shoulder-hit against the enclosure, which seems unlikely to be a good move).

Tapir: Actually I tried to develop fast in my first moves, that is why I was reluctant to answer at 9 or a (which might be possible as well but doesn't look good here, my guess). That's why I tenukied. Imagine 7 as a reduction play - is it really so odd then? (See here)

Andy Pierce: Go Seigen thinks the shoulder hit against the enclosure is fine generally speaking (A Way of Play for the 21st Century), but continuing with

in the absence of a compelling reason on the left side looks strange to me. Go seems to suggest leaving

light as a reducing move, with an eye to either pressing white low and influencing the center with a

, Bb exchange, or looking to attach at c following the shoulder hit against this enclosure locally.

as a light stone is certainly an option, but then playing 13, 17, and 19 convert the light stone into a heavy group located between the strong corner and the White stones with considerably more eyeshape than that string of four black stones. Black 13, 17 and 19 are equivalent to

, c, and d in this diagram. Black 15 is one line too high, perhaps? Black 15 has poor relationship with Black 7 and 11. The string of four Black stones do not have a base and the Black stones above are without a base, as well. Seems that Black has a difficult game ahead. 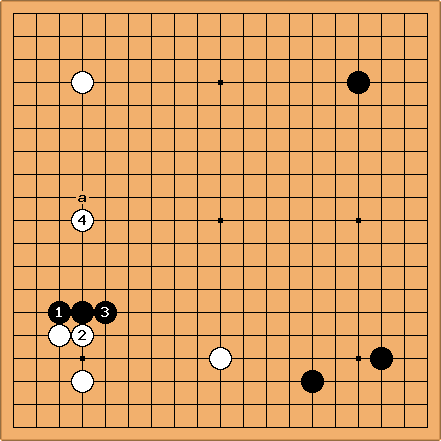 (or perhaps a), Black is left with a heavy, eyeless group.

in the first diagram is fine.

Minue: White 2 in your second diagram is overplay. 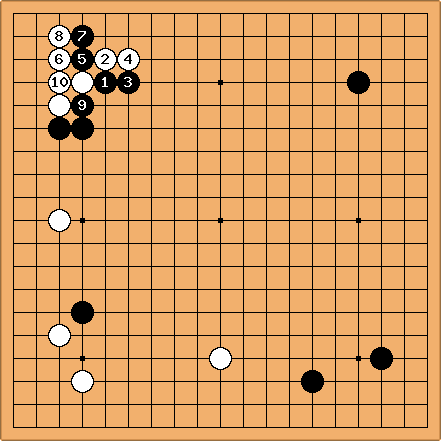 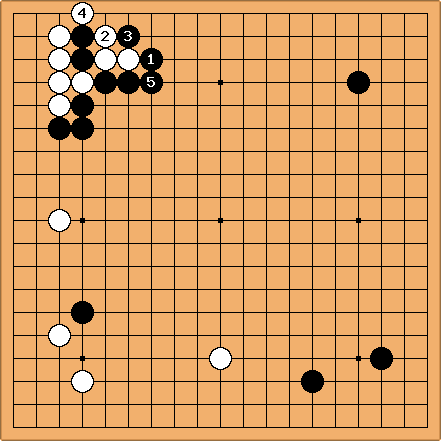 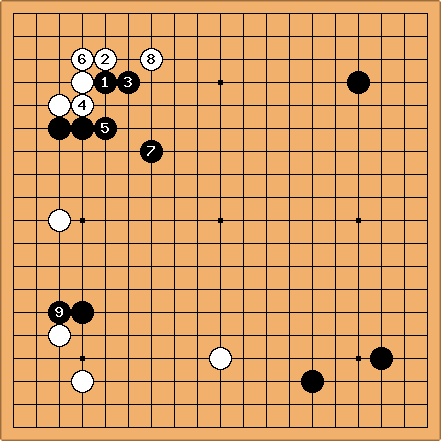 To avoid getting enclosed, White may resist with

, and black can play

in this opening and begin fight in a favorable position.

Tapir: Thank you for the answers. Especially the sequence in followup 1 is an eye-opener. We played 1 to 4 (in the 1-1 diagram) later (moves 27-30) but I didn't see the cut at 5 thus making much less out of this.