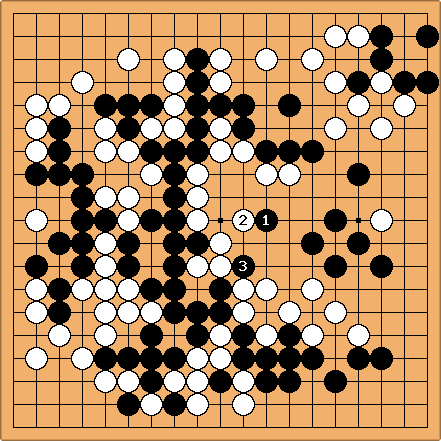 This is my first attempt at putting something on the Wiki. Please forgive me if I do something wrong.

This position happened in a recent game I was playing. I intended to play 3, but for some strange reason I slammed down 1 which was a followup to 3 I was considering. Afterwards both players thought that 3 would kill the 2 large White groups. 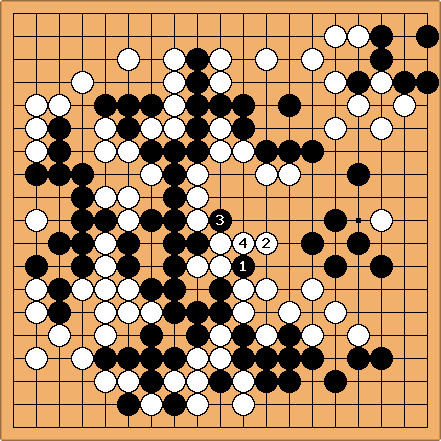 The best for White that I could find still loses. 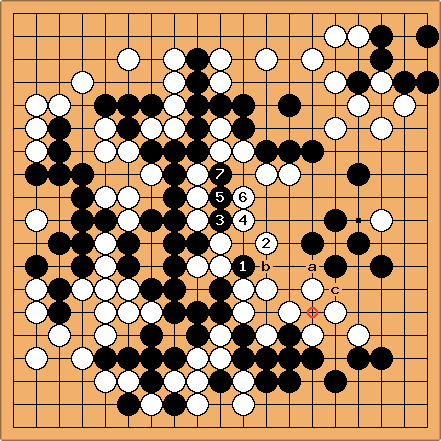 ChrisSchack: I think I'd rather do this myself ... but it's certainly a big loss.

ThaddeusOlczyk: But it's not big enough for a Black victory. It still looks dead to me. Where's the second eye?

ThaddeusOlczyk:Bb looks like a wasted move. The temptation is to place it one over to make a double peep. I consider a c miai ( though I may be wrong ). 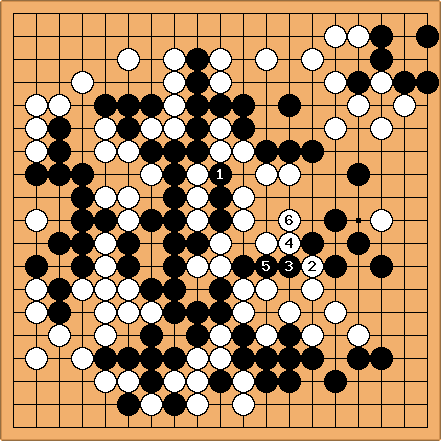 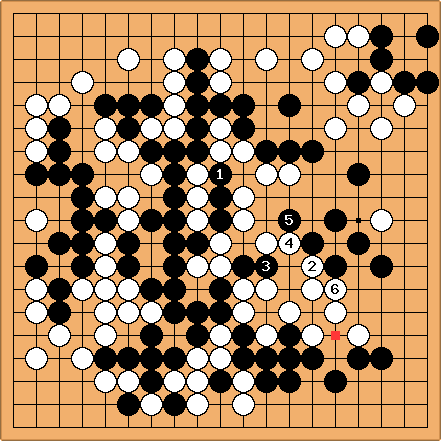 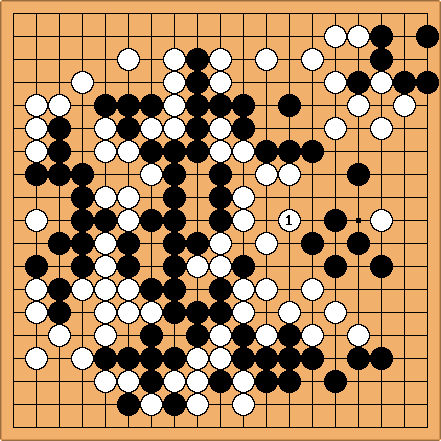 is one way to live. 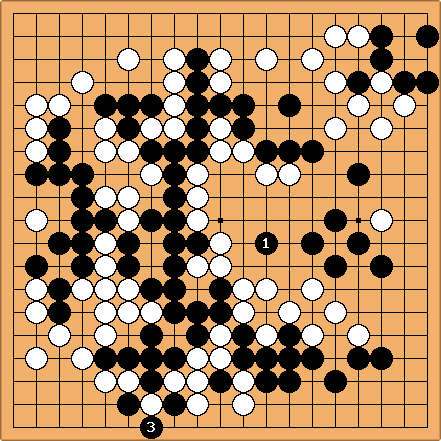 Bill: Returning to the original position,

is the eye stealing tesuji. It may kill White's central stones, it may kill some of them, there may be a ko. If White manages to save some of them, Black should take sente and take the bottom side with