Could someone please explain to me how to handle this position: Should I pincer the white stone or rather build up my framework? 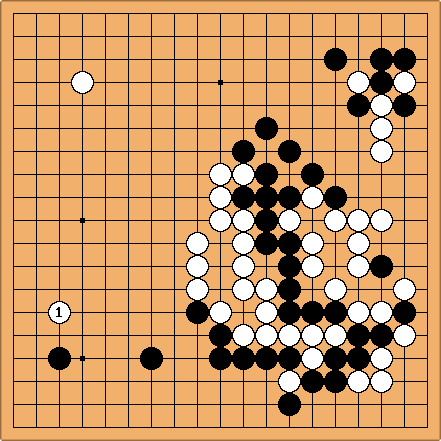 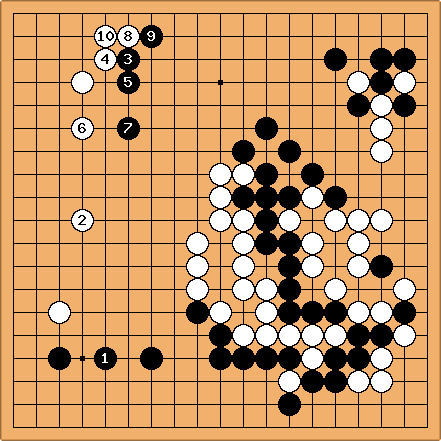 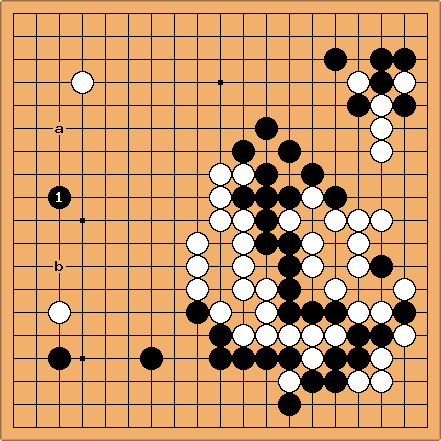 Bill: My first thought is the wedge at

, leaving the extensions to a and b miai. White is too thick in the center for a pincer, and Black is too strong on the bottom side to reply in the bottom left corner. I am happy to allow White to make inroads into the bottom left to prevent an ideal White position on the left and center.

iff: The wedge looks very good to me... After that I can't see any big potential for white territory anywhere. Am I right that back would then be much better off in the game or does white still have resources?

AndyPierce: Black doesn't have a lot of territory either though, since the lower left should be relatively easy for white to invade so it looks pretty even to me. 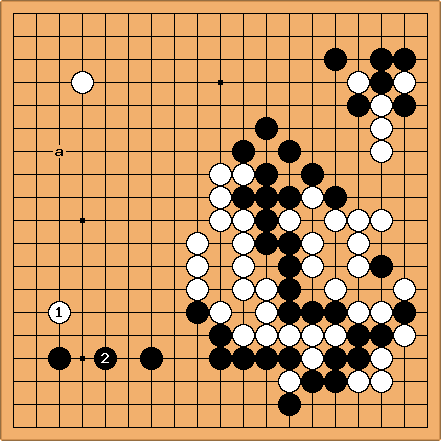 feels like a game clinching move so let's count after the exchange. The top right (B) and the right side (W) are almost equal. The lower side is 30 odd points. This we have to measure against White's huge but loose sphere of influence in the remaining part of the board. It is as difficult for Black as it is for White to judge whether 30+ points will come of White's influence. White next at a looks like a good challenge.

Therefore, Bill's idea of wedging is more active and clearer. Black will lose something at the bottom, but after the wedge it is difficult for White to deal with the left while preventing a Black growth at the top. None of the possible moves at the top can convince me to replace