I got a question on a joseki. It involves the 3-4 2space high-pincer joseki... I was just wondering what would happen if this happened: 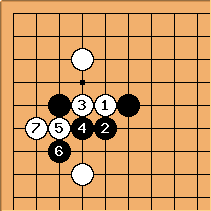 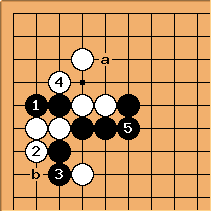 would give a satisfactory result to Black. Black can later aim at a or b. 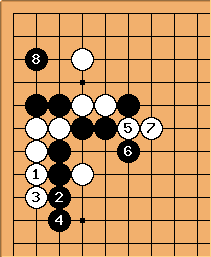 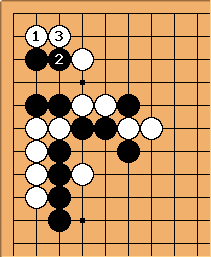 is an overplay. I leave this as an exercise on how Black should continue. See Beginner Exercise 164. 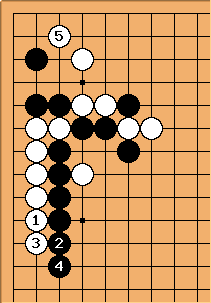 To win this capturing race, White must crawl on the second line another two times, and then play the diagonal at

. The result is good black for Black since White has crawled along the second line for five moves, and eventually White must play moves in the corner in order to win the capturing race, so the corner is not that big.

HolIgor: Adding few words to the excellent analysis. A two space jump is to sacrifice. It is played when a one space jump makes the group heavy. Playing fast and light black is ready to sacrifice one of the stones for something else.

What if, The pincer was one line lower? Would that change anything? 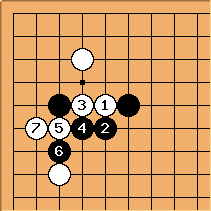 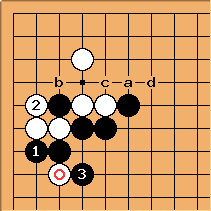 unkx80: My instinct is to play

Alex Weldon: Also worth mentioning in this last diagram is that a is huge for Black (threatening b), while if White plays there, Black can cut at c and play the double hane at d (actually, should Black just play d without c? These situations always give me headaches)