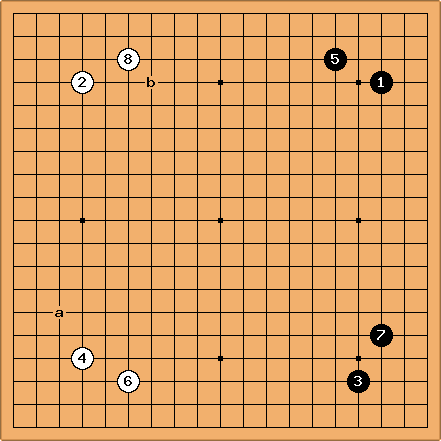 This setup is not quite truthful, because AI don't favor the small low enclosures. For reference we'll start here though.

KataGo starts with W+1,5 in this 6,5 komi game. When we force it not to approach the 3-4 stones but play an enclosure itself from a 4-4 stone, twice at that, White's advantage is augmented with 0,3 to 1,8 points. This means "allowing two small low enclosures" is perfectly okay. Next KataGo has two preferred continuations, a and b.

LeelaZero has a small preference for b. She puts White ahead by 43,1% which is marginally better than the original estimate of ~43%. The conclusion is the same: allowing two small low enclosures is perfectly fine. 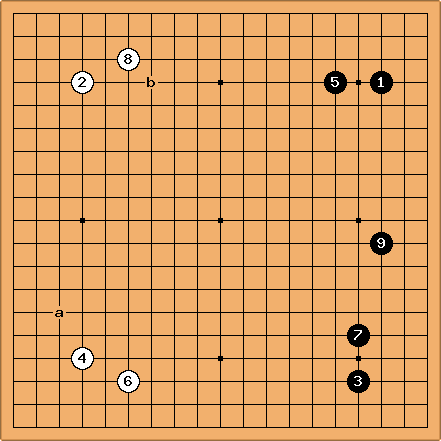 If we let the AI choose how to enclose however, the small high enclosure is one of its preferences. If White persists with making enclosures herself, then Black builds the right side with

and the count drops to ~1 point. 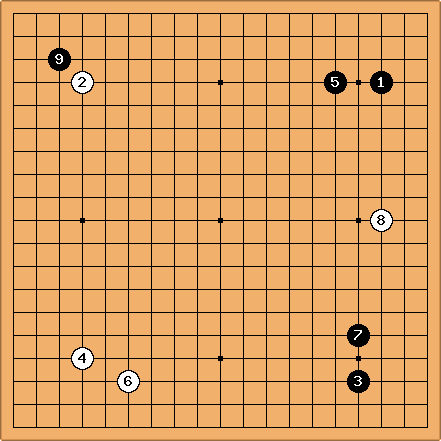 White may therefore wedge at

, which is usually not an AI's favorite when the corners are not yet developed but in this case gets the "blue mark" (2,2K playouts). 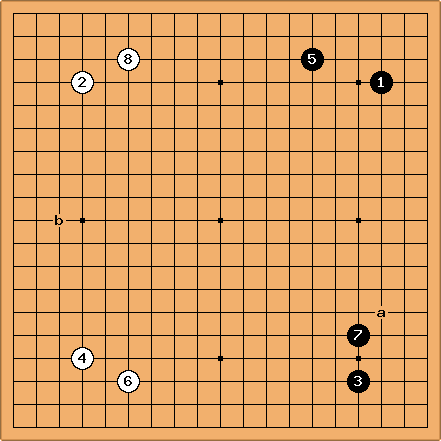 This mixture of large low enclosure

drops the count to 0,5. This starts looking like "a mistake" by White.

is better than another large low enclosure at a. If Black were to play there, then after

the right side is less interesting than in the previous variation. Black would then play

at b, another wedge. 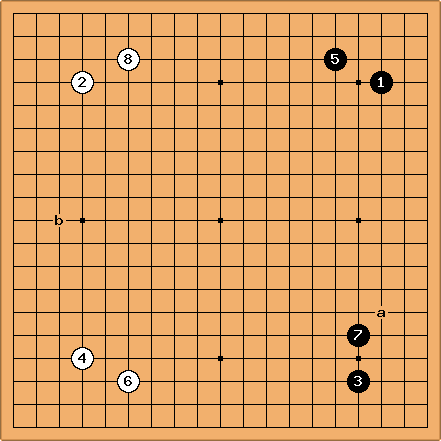 On the other hand,

here results in a W+ ~1,5 count. We need to be careful in concluding that the difference between

large or small would be 1 point. Cumulative margins of error may lead to such differences. 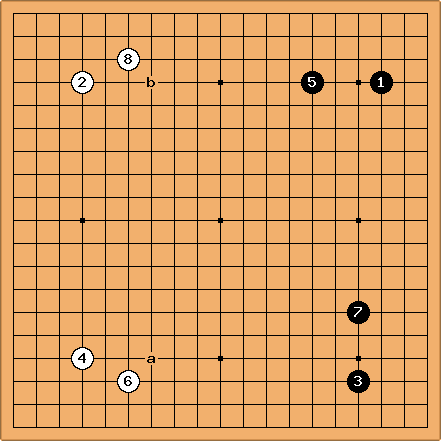 Large high enclosures have made their revival in the AI revolution. KataGo gives this position W+ ~1. Next Black would play one of the shoulder hits a or b.

Conclusion: AI like large and/or high enclosures better than small low enclosures. Allowing Black to make two (such) enclosures is not the best strategy for White but loses only 1 point by KataGo's first estimations.