Agt: I suggest H2 with 0.5 komi (Japanese rules), since IGS ratings are at least as strong as KGS/NNGS ones, in my humble opinion. 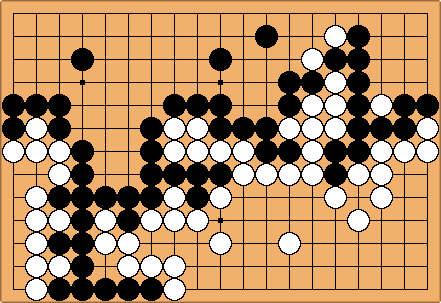 Agt: Correct me if I'm wrong, but it seems that black wins by 24.5. Sorry for the long delay, had nasty real life issues since late 2003. Thanks for the game anyway ! 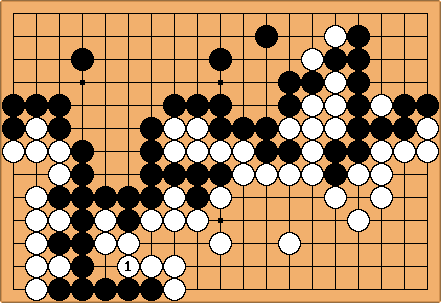 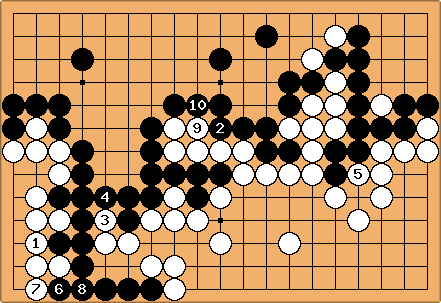 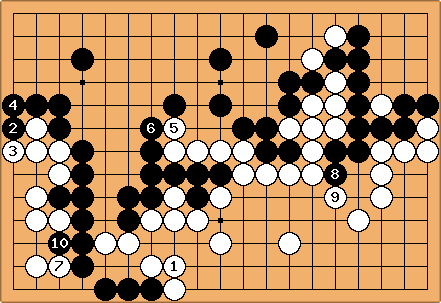 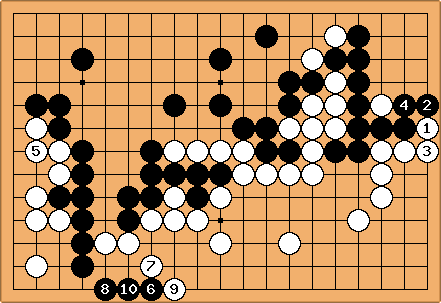 : Moving on to the next largest move (I think). 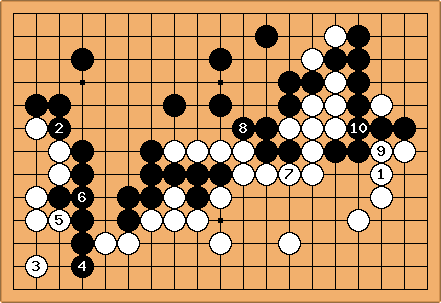 : I'll play here before moving on.

: I'd prefer to finish this game first ;)

: Glad to see you back! This game is very old -- I am now more like 2-kyu level then the 11k* I was back when we started. Would you like to start a new game on the DragonGoServer? I have an account there, and we can play at whatever time control you'd like. 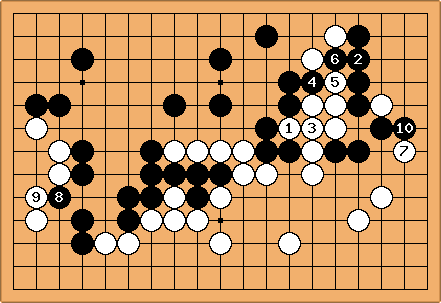 : I'm back, sorry for the long interruption...

: I think this is the next biggest play...

: I suppose I'll push once more.

: Sorry for the delay, I didn't notice you had moved. Let's try to keep the game moving a bit faster from now on. :-) 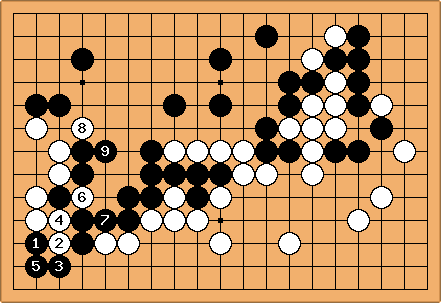 unkx80: I think this position raises an interesting life and death question. After

, white cannot make two eyes locally and has to resort to breaking out from

onwards. But I guess white cannot escape being killed? 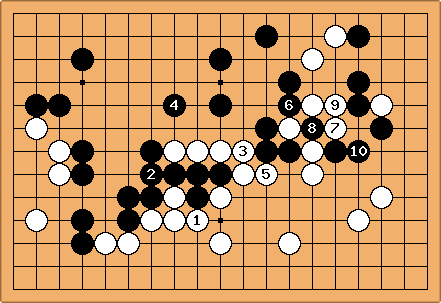 : Let's stir up some trouble.

: This ought to hold things together.

: I feel that this is forced. 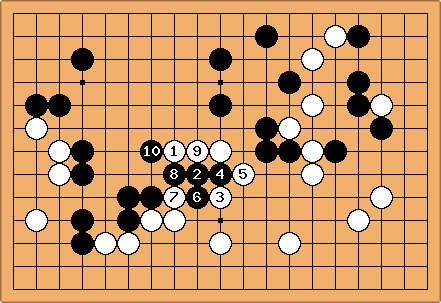 : Trying to keep from being cut.

: This could turn out to be a problem...

: I don't want to defend too passively.

: I have to reduce your territory while I still can. 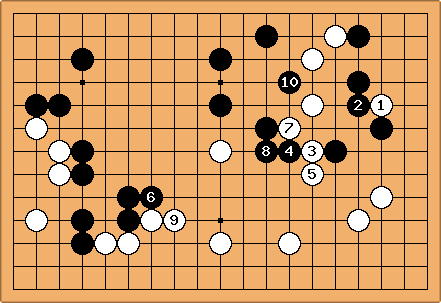 : I don't think it's time to tenuki yet! I'll strengthen my wall and attack at the same time.

: Let's play somewhere else, then.

: How will you respond to this? 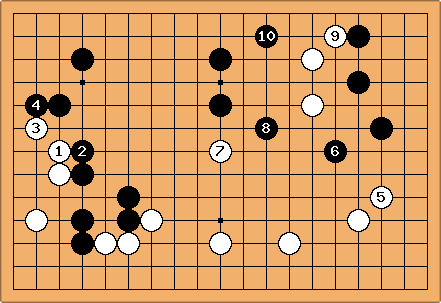 : Defending with an attachment.

: Attacking from the other side.

: Time to attack this weak group, I guess.

: You attach, I extend. It's that simple. 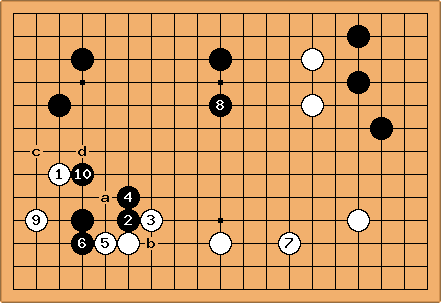 : Protecting against the cut, and hopefully building some influence as well...

Agt: Interesting. I wonder if I should try to kill these two stones (if it is possible) or not... ChessWhiz: I don't think it's possible right now. The best try may be at c. (Not that I'm giving you any hints... ;-)

: Taking a big chunk of territory.

dnerra: The question is -- When to tenuki? While White 17 is big -- it isn't that big either, as the 3-3 point in the lower right is still open. On the other hand, doing something about the weak stone White 11 looks urgent. White d might be a useful start. But then, it is a handicap game, where any special strategy might be called good, if it just succeeds...

and a seem like reasonable moves to me. With my move, I'm following the proverb, Respond To Attachment With Hane.

: I can see that I'm behind already, but since I started out behind, I might as well stay optimistic. :-) Let's see how you respond to this double kakari. 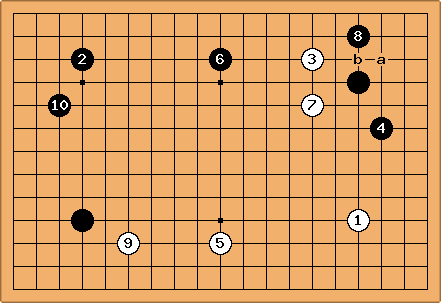 : Yes, I think that Black 8 was better than playing at b.

: I considered playing b to be more solid but I don't think you can invade at a now anyway.

: I considered playing a 3-3 point invasion at a, but this seems better.