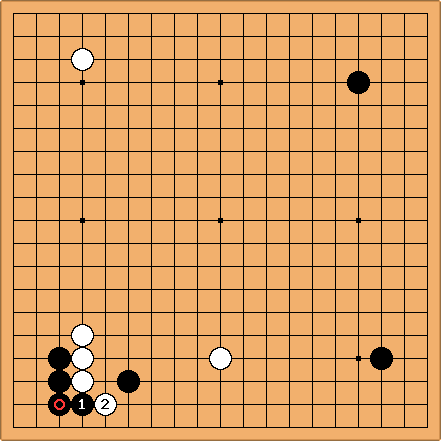 AvatarDJFlux Moves 11 and 13: No comments needed 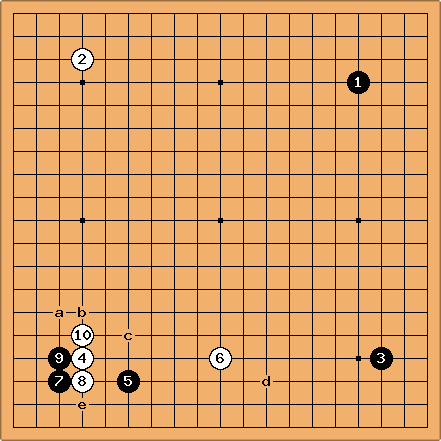 AvatarDJFlux (3k) If I understand correctly what these pages are about, here's my explanation on my favourite opening move: I play hoshi because it leaves open a helluva lot of possibilities: sanrensei, nirensei, high and low chinese, mini-chinese, Kobayashi's old-style...

AvatarDJFlux (3k) Move 5: Ooops again, I didn't notice it was my turn and I was waiting for W to play... How absent-minded have I become??!?
There, I don't like very much to make lot of plans for the first few moves: when playing B I prefer to try a pattern and to stick as much as I'm able to the characteristic strategy of that pattern.
These days I'm playing a lot the SmallChineseFuseki, but I must say that in my lazyness I didn't study its typical josekis very much, I just try to exploit the pattern, inviting W to come in and trying to make territory while attacking.
Of course, if W doesn't like the SmallChineseFuseki, she has a number of ways to avoid it, just for instance: playing a pincer...

AvatarDJFlux (3k) Move 7: Well, it seems you don't like the SmallChineseFuseki... ;-)
Let's consider the options I have here:
- Ryo-gakari (a or b): In this situation I don't like very much to be separated in two groups: the stone on the

will probably be weakened a lot, and the LS being so open, I could establish a position there even without the ryo-gakari
- Tobi (c): This is an attacking move, after W plays something like b, B can play hasami at d, maybe after exchanging e for 7. A fight follows.
But I'm notoriously inconsistent, and today I don't like to fight so early (so why was I trying to play the mini-chinese in the first place????).
- San-san invasion: Pros: I choose this because it quenches my usual (and negative) over-aggressivity, it gives me territory, I hope it will give me sente to play shimari in the LR corner (other territory and somehow neutralisation of w's influence resulting from the invasion).
Cons: w 6 will become very well placed from the resulting w wall... Any advice from stronger players???