Ongoing Teaching Game (W: Pedro 19k vs B: Flox)
with the comments made during the game translated by me (from the original portuguese) 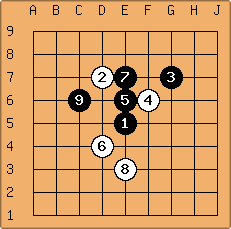 hdouble: G6 or F7 would be better for Black 3, since they create a stronger link that would be harder to cut. The double-diagonal jump is not a secure extension. 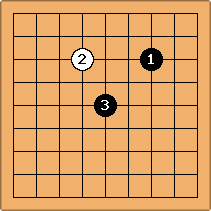 Gorobei: Does this black opening look so good now? White 2 is under little pressure and white gets to take another corner. 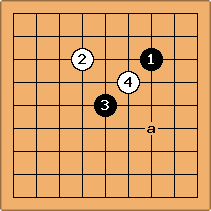 Yes, black is disconnected, but both black stones can probably live. Is white 4 really better than just taking another corner (e.g. point a?)