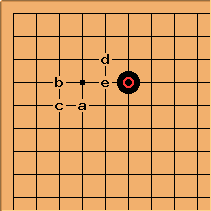 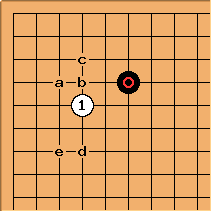 here gives a position that is characteristic of the 6-4 point, rather than a tenuki joseki. It is also by far the most common answer. Second most common is

at a: others are not really seen in professional play.

Black b next is most usual and Black c is known. Black at d or e to pincer have been played by Yamashita Keigo and others. 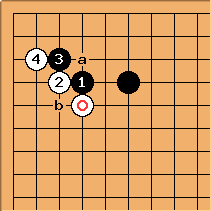 This line has appeared in enough pro games to be recognisable as a joseki in the making. At

the choice is between a and b. 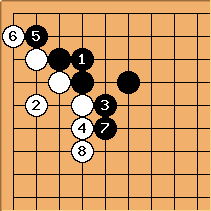 , both players establish a position up to

, after which Black can choose between 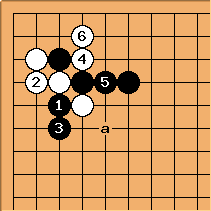 , Black opts for influence, granting White the corner. After

, Black can play tenuki or play honte at a, a solid but slow move.

Note: The only games in my collection where

is played are very old, from ~1940. This is not the case for the previous diagram, which seems to have been popular in China in the first half of the 1990s. 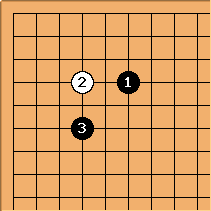 When white enters on the 4-4 point,

gives a conversion to the severe 44 point double high approach. 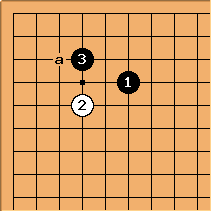 gives a conversion to a common joseki, which can be reached through Black at

. The next move is White a: see 3-4 point high approach, keima 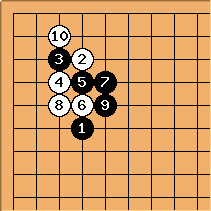 The play at c

some lines given by kogo joseki and non-joseki database... 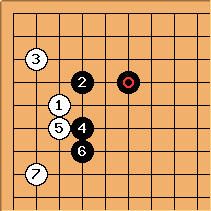 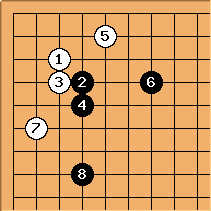 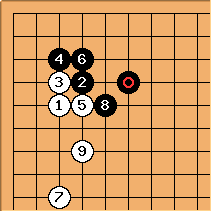 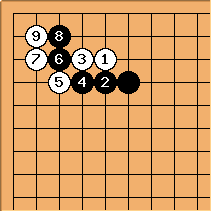 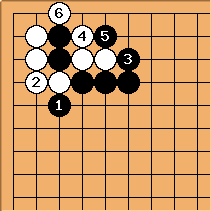 The 8 points white gets in gote is worth far less than the influence black gets.

tapir: btw. eidogo (i don't have access to some bigger database right now) has a game between choi cheolhan and lee seongjae featuring

5-3 but then black attaches on the second line :) 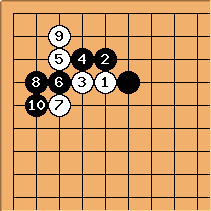 This way, it reverts to the small avalanche joseki.

emeraldemon: Gan Siyang Seems never to play this way, prefering (no surprise) to go for influence: 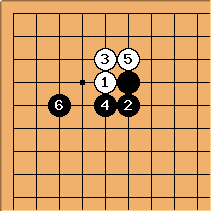