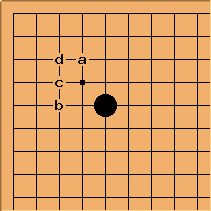 Andre Engels: Not much joseki is known for the 5-5 point, not only because it is played rarely, but also because common wisdom seems to be that a 5-5 point is better left alone than approached in most cases. Here are some variations that have been played by professionals more than once, and thus might be considered proto-joseki. 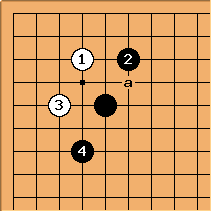 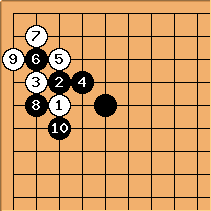 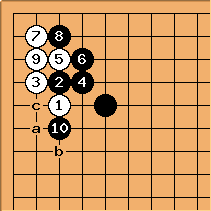 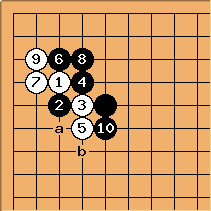 Actually just once this sequence, but I wanted it in because earlier moves in the sequence have been played more than once. 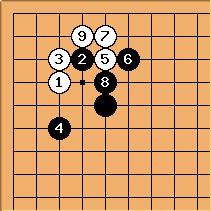 Chris Barnes, 2kyu? Back in the '90s, there was a rec.games.go newsgroup discussion that recommended a 3-3 invasion under the 5-5 stone. Has this move been seen in professional play? 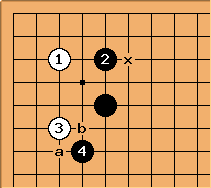 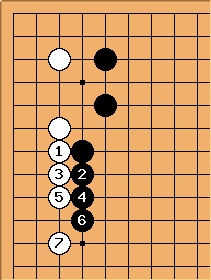 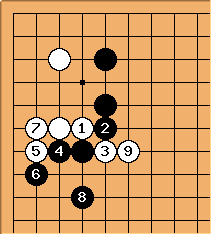 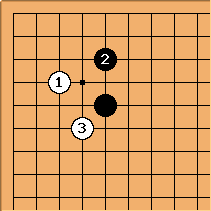 Analyzing a whole board, where all other corners have the star point occupied in a diagonal fuseki, LeelaZero prefers entering at one of the 3-4 points then Black will play elswhere? after 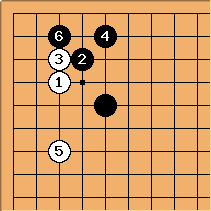 When Black kicks at

, this is one local pattern. 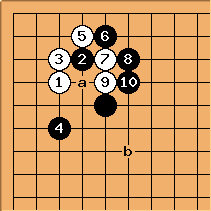 Black can also surround at 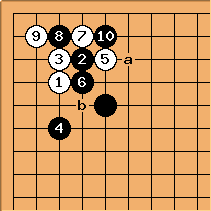 In this variation, White can cut at b.