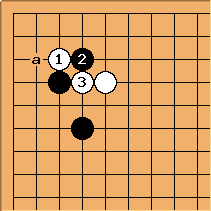 This page discusses the inside cut at

, instead of the standard hane at a. The cut is considered an overplay but not easy to refute. 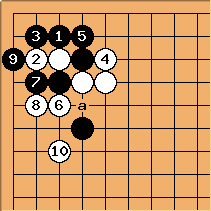 Black can take the corner, while White takes influence in gote. Black's original approach ends up in an awkward position but there's aji at a. 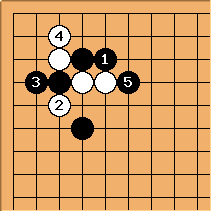 Usually, the aim of Black's inside cut is to follow up with

and further, white turns the position into a variation of the avalanche joseki: 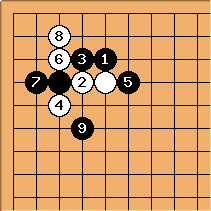 By playing like this, black can also get into the same position from the small nadare joseki.

is a trick play, and so is the position above. 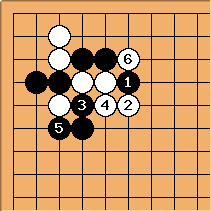 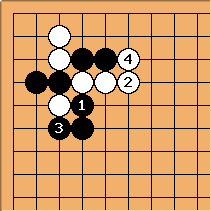 and White's capture of 2 is better than Black's single capture 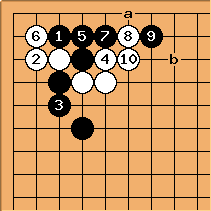 , it ends in failure. After connecting on the first line, White can keep Black in shortage of liberties. 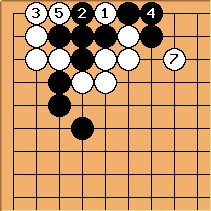 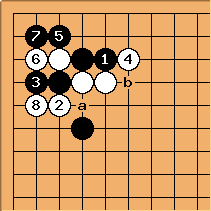 here, she ends up with two severe cutting points.