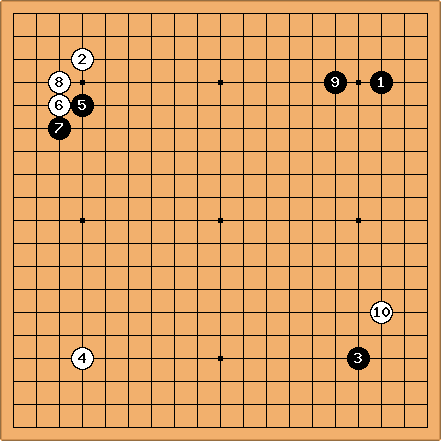 emeraldemon(5k): I almost always play this joseki to completion, but I notice pros seem to very often choose the tenuki variation. Maybe one of the dangers of learning joseki is that we always want to finish them. 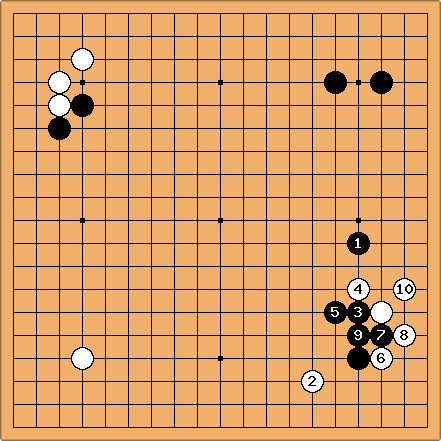 I think if this joseki were on SL it would be at 4-4 point low approach, two-space high pincer, without side stone, but I don't see it there. --emeraldemon

tapir: Look at 4-4 point low approach, tsukenobi, jump attachment. It is played similarly after a double approach (the stone at

has quite a lot of aji and often can make life by threatening to connect with the corner,

here allows black to push more than once, which would be bad otherwise) 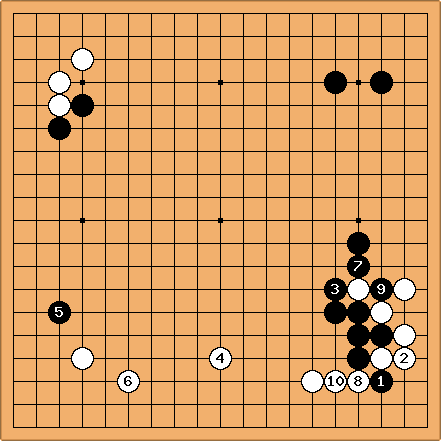 emeraldemon: I was thinking about what happens here if 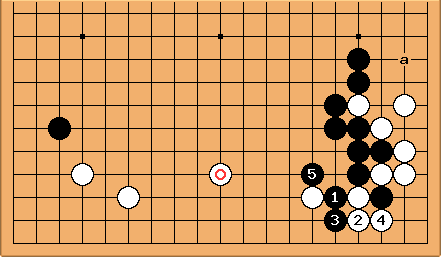 Black is gote here, unlike in the game, but has considerable thickness towards the left, keeping the corner group sealed in. On the other hand, white has a potential move around a, and the capture of that stone seems much smaller now. Any thoughts?

Tapir: Less black influence on the top and a beautiful placed

to deny the Black wall an extension. Black may omit

but then it becomes a nice place for white to play (making territory next to Black's wall. 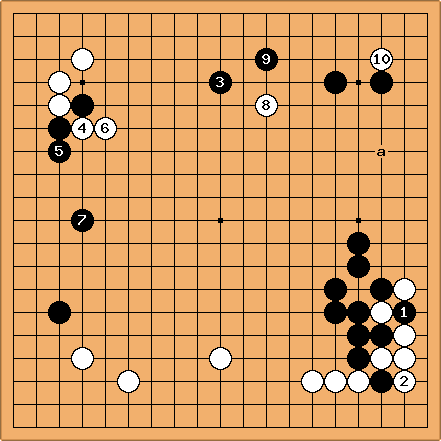 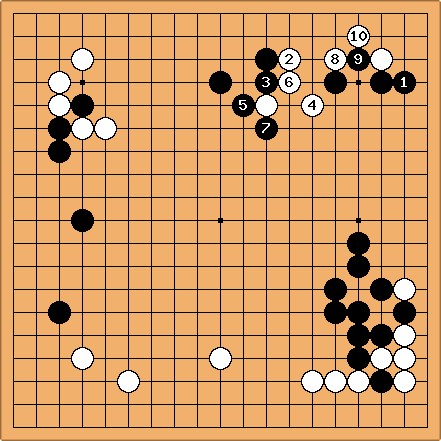 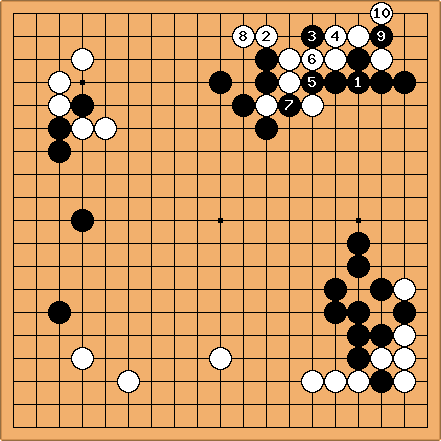 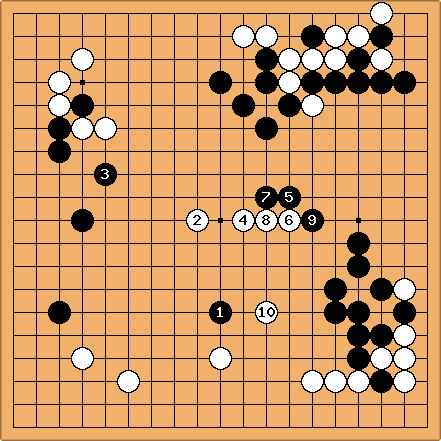 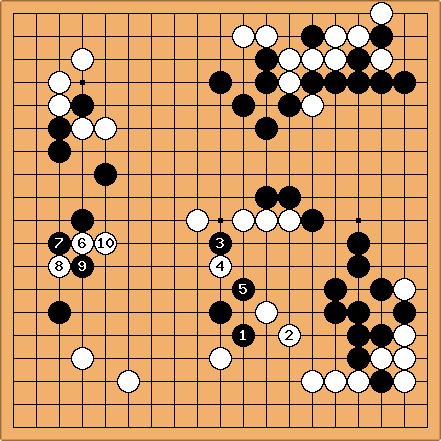 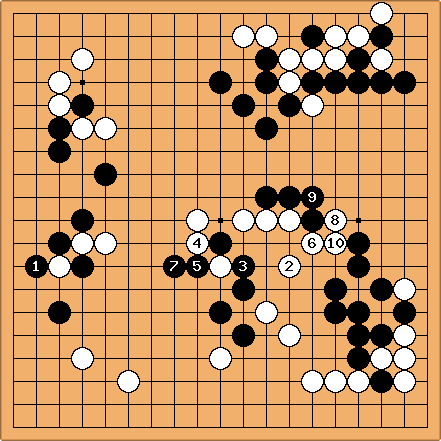 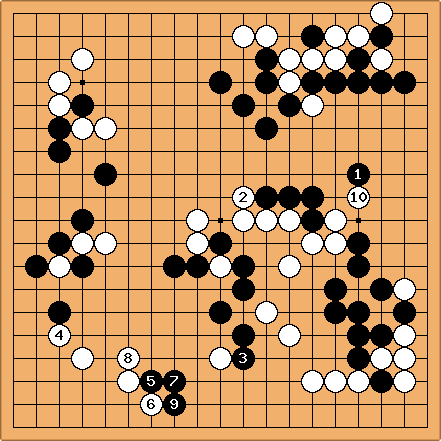 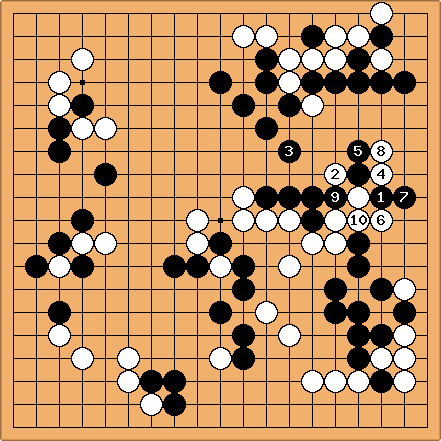 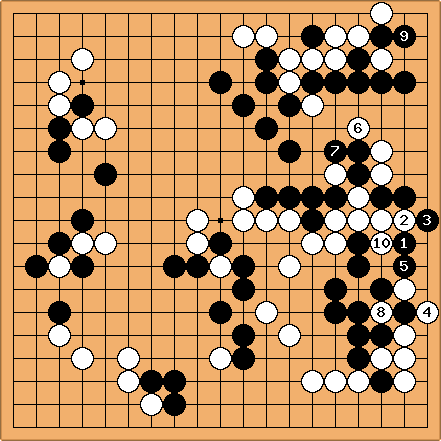 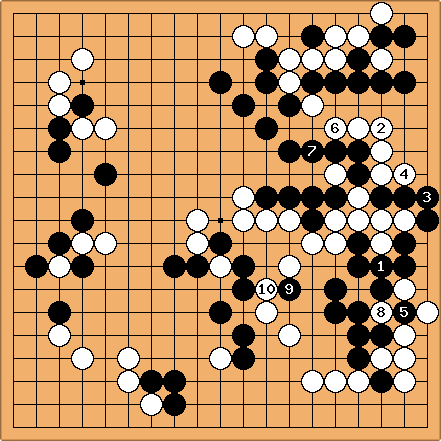 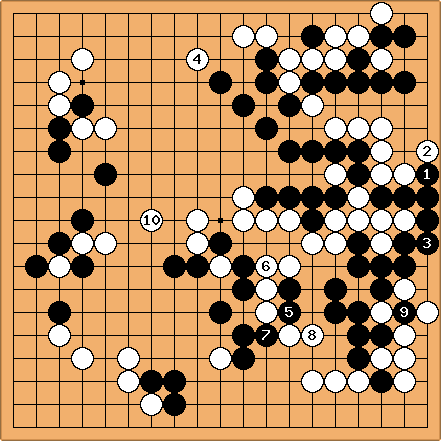 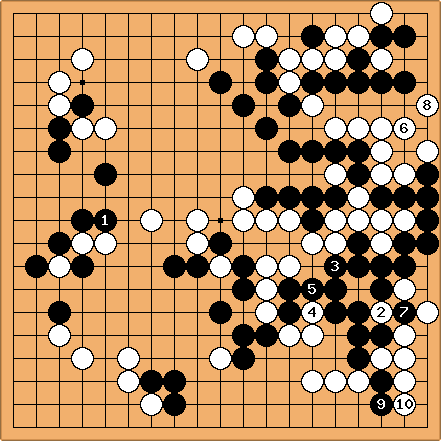 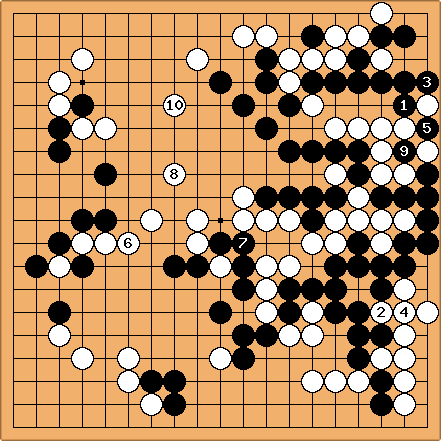 unkx80: Once White connects the ko, Black has definitely lost the game because Black will have to play moves inside his territory to capture the White stones. I suspect Black might have lost the game earlier around move 110, but I am not so sure about this. 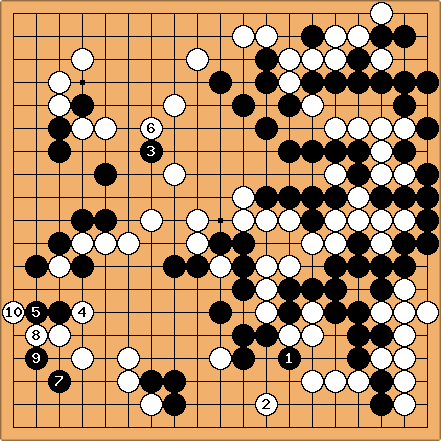 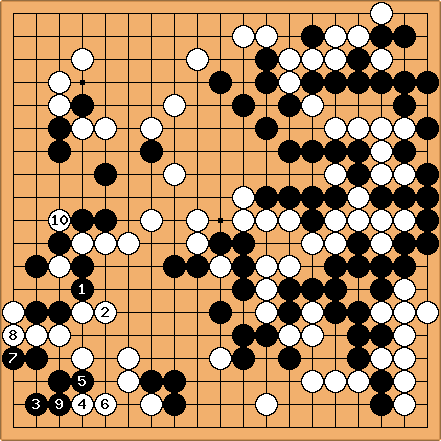 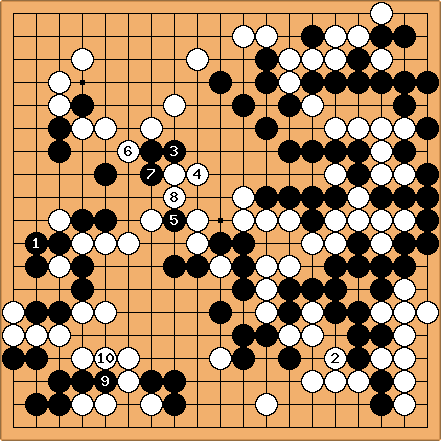 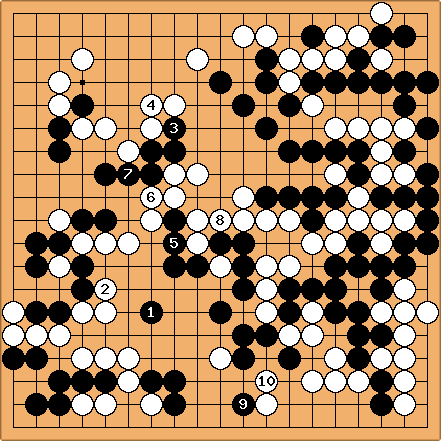 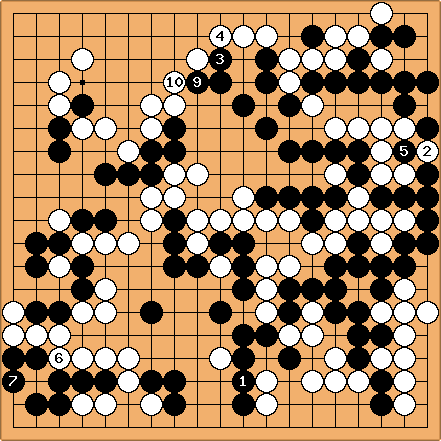 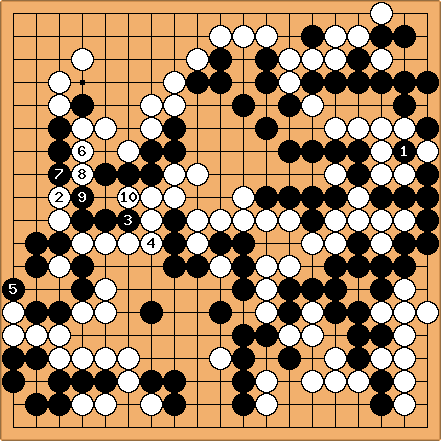 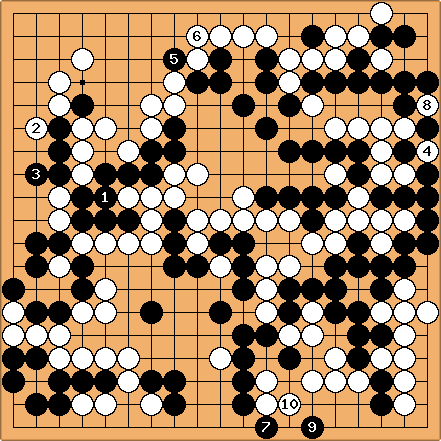 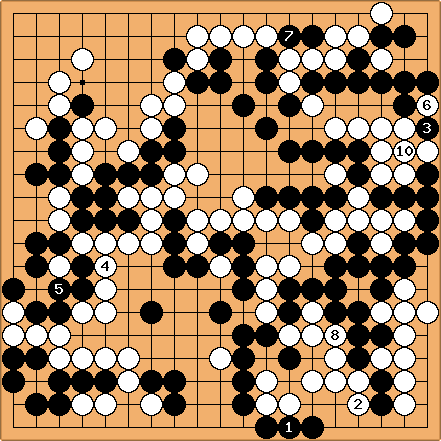 This final ko is very puzzling and difficult for me to understand. First, just to be clear, white truly has won this ko: 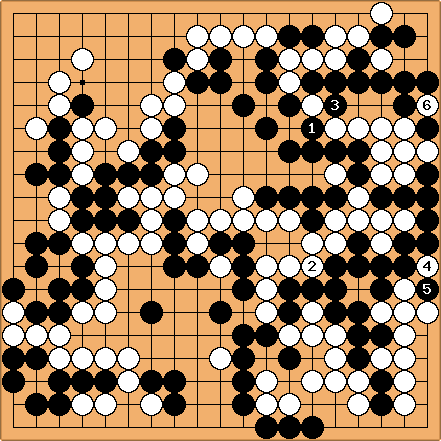 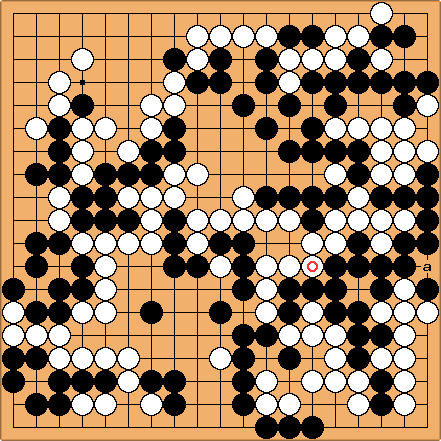 Now white can capture at a, and no threat could possibly prevent the capture. Because the ko is much bigger than any of the threats on the board, white wins it by virtue of taking first. Given the huge size of the ko, why does black respond to W234? 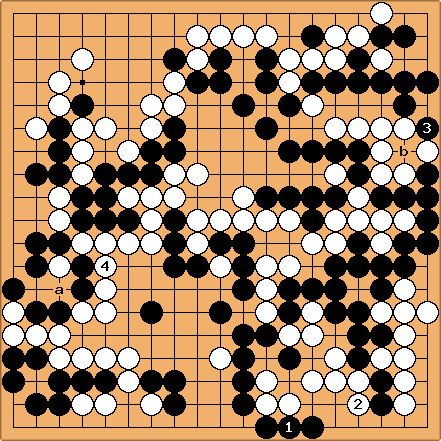 The threat at a can't possibly be worth more than 8 points, compared to the easily 30 point ko. Why doesn't black ignore the threat and play at b? As best I can tell, Black wants to play like a komaster and not have to ignore any threats, because even winning the ko black will lose if he loses those stones. Is this close?