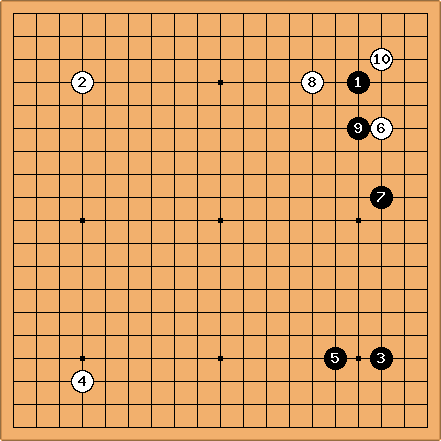 is described as not ordinarily found in modern professional play. Is this still true? Is there something about the enclosure on the other side that makes it desirable?

hyperpapeterie: I believe that's dated. I've seen the two space low pincer in a lot of recent pro games. But I don't know what the explanation of it is.

tapir(1d kgs): Don't know about the datedness of the two-space low-pincer, but here it obviously works well with the shimari below and will be under less pressure from strengthened white stones than an one-space low-pincer. 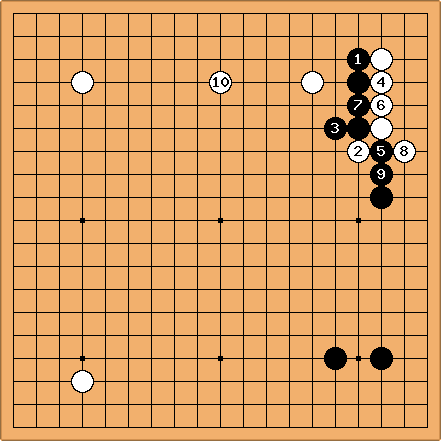 , the joseki seems slightly better for white to me. It will be hard for black to use the wall he built. 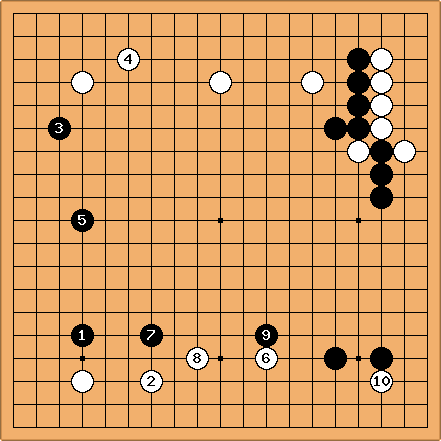 here suprised me: it's not a move I see very often.

tapir: I was surprised by

. While its purpose - wall-building or breaking into the side - seems obvious. This one like most contact plays by pros came as a surprise to me. 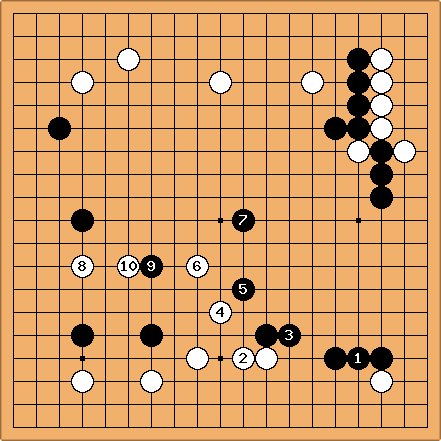 From my 5k perspective, the

exchange seems pretty critical. Black could spend a move to defend the left side, but chooses to build a huge moyo on the right. White seizes the opportunity to split. 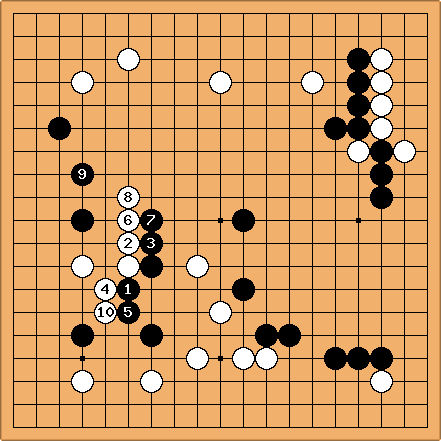 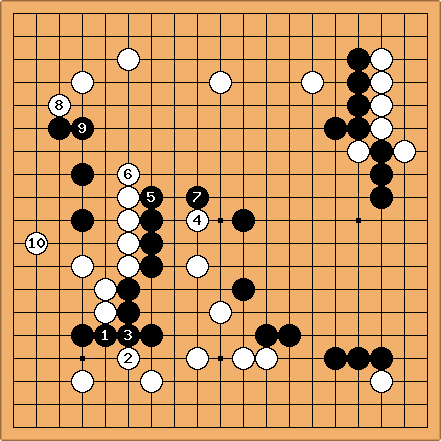 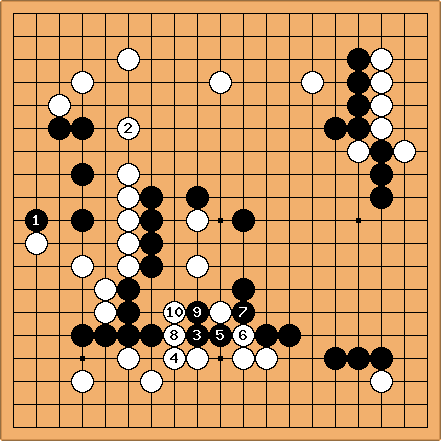 emeraldemon: This fight is very complex, but it seems in the end the black group on the upper left is closed in, and the white group has basically escaped. I have a question about

: why doesn't white just connect at 65? I don't see what's gained by sacrificing that stone.

tapir: White ends in sente, black has bad shape (as is seen later with the white stones inside having some threats while black hasn't on the lower side) and gets to play 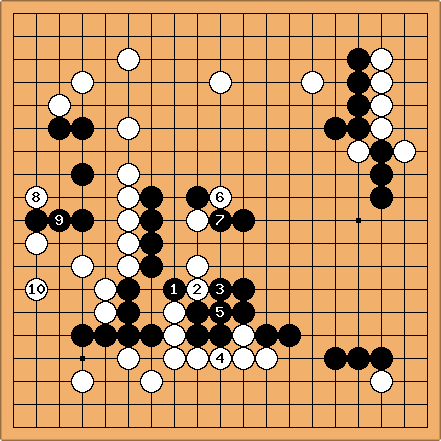 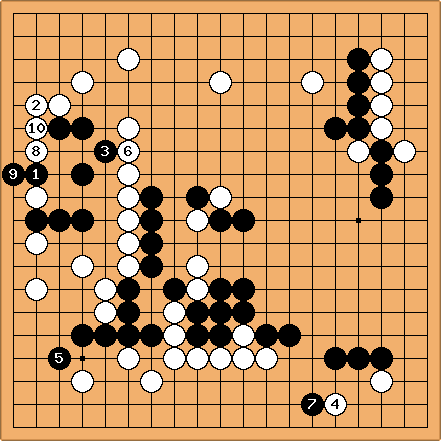 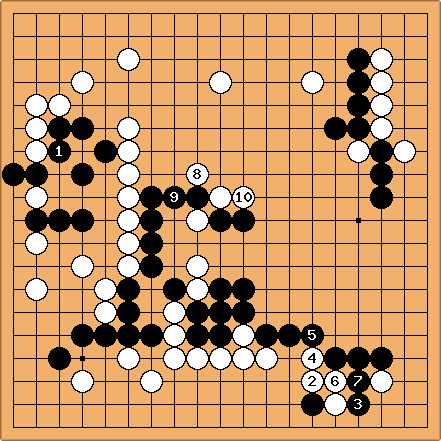 emeraldemon: White seems pretty clearly ahead now: big territory on top and bottom, compared to black's right side, which is being quickly reduced. 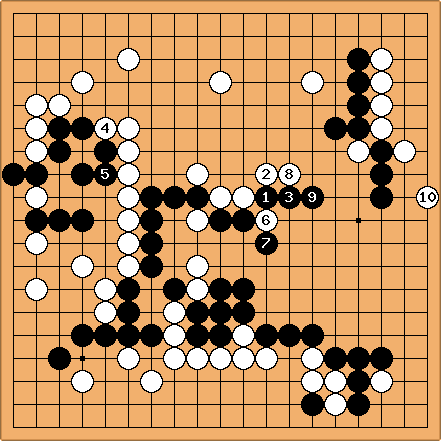 emeraldemon: Notice white doesn't play the monkey jump, opting instead for small monkey jump. I think this is because of the hanging connection. 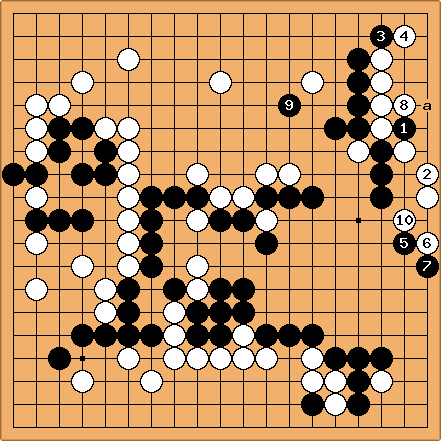 emeraldemon: Why does white need to play W118? What is being threatened here? Dieter thinks Black a 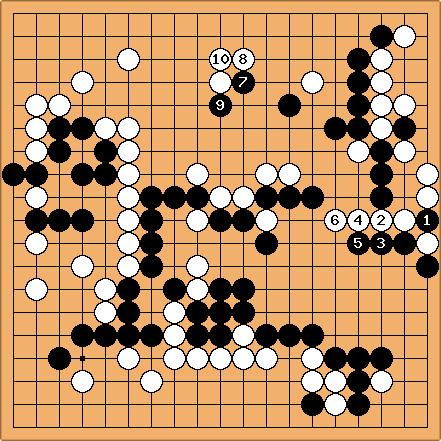 in this diagram seems sketchy to me: white can push out pretty easily. 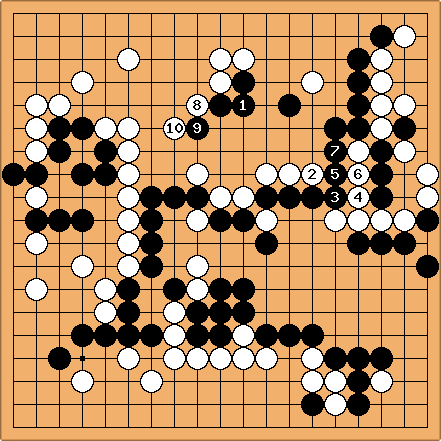 emeraldemon: Black trades the 3 black stones on the right for a sizeable capture in the center (6 stones). This seems like a big gain for black, but I guess in the end it isn't enough. 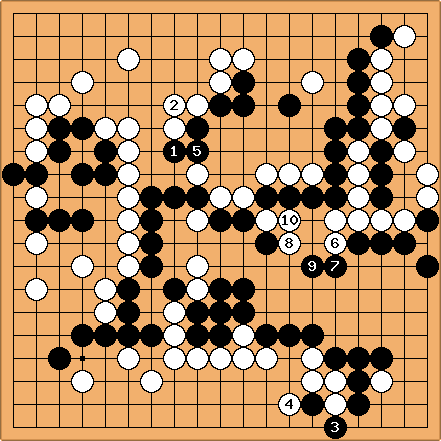 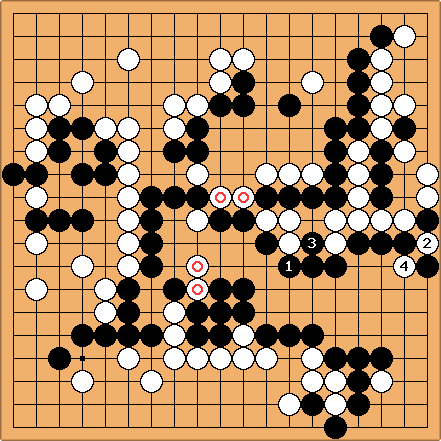 tapir: Black needs to capture (that is only if he wins the ko, than B153 makes connect-and-die) otherwise white will break into the black area, threatening to bring back to life one of the marked white stones. 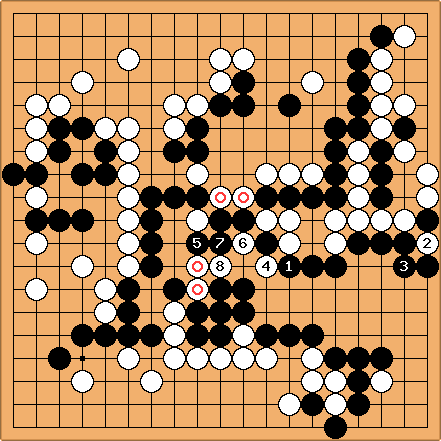 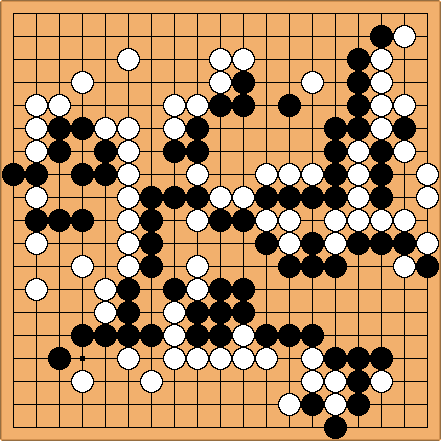