I came up with the Upper Manchurian for fun. So far it has been surprisingly effective, probably because of novelty. -- BillSpight

Bill, are you still using this construct? Would a be a good place to start for White or where else? Thanks --Nonny

Bill: Actually, I have started playing tengen as Black.
For

, how about b? But a looks interesting, too. 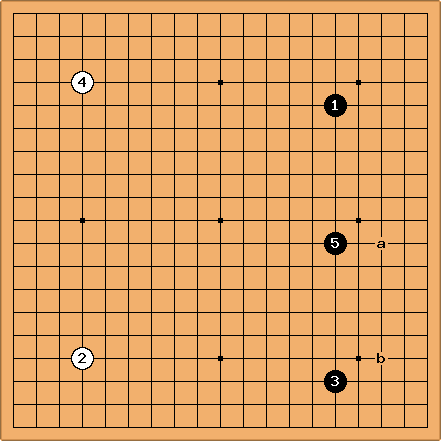 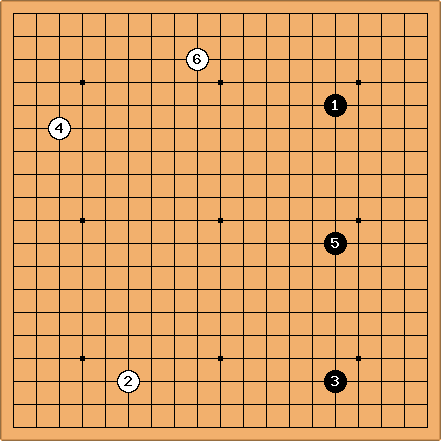 Migeru I used the Upper Manchurian Fuseki last night in a club game, I established a cosmic framework and went on to win the game. Thanks, Bill! This is what my opponent played.

PeterVessenes Wow. This game is all influence. Who will start taking some territory? 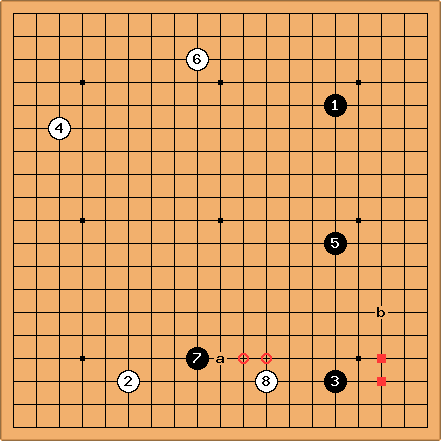 is now very attractive for black, similar to the chinese opening. The follow on invasion from

is better for black than the chinese opening version, _I think_, because you're building territory out a bit farther.

at a is a bit funny looking -- feels too tight on the bottom. Anybody else have thoughts?

-- Funkybside, 8k* - I agree that a feels too tight on the bottom. I'll go even further by asking why is the bottom where

was played at all? It just dosen't seem as interesting as some other more open places. Is this just a misguided 8k* or could other areas be more interesting at the moment?

might be better at one of the circled points. You have to think in terms of what White might try in the lower right, for example at one of the squared points. Black might answer at or near b, trying to prevent White living in the corner easily. An extra black stone to help in this fight would be useful.