A two volume series written by Sung-Rae Kim, translated into English by Les Waller, and published by OroMedia in June 2005. An answer book for both volumes is a separate pamphlet.

"This book is made for students who try to be Baduk(Go) professional players in Korea. The degree of difficulty is high." -from the introduction

MrOoijer: These books are really aimed at dan level players. I talked to Mr Kim last autumn and he said that one should spend 3-4 hours per "day" in the book to study the problems before you look at the answers. That would mean for the two books at least 180 hours of study time. The first few "days" are easy but the rest is really for dan level players.

Note that these are Japanese ratings, so according to Rank World Wide Comparison they are mid kyu level problems for KGS people.

DrStraw: I have to say that these are some of the most challenging problems I have seen in a long time. I particularly like the way that the solutions are in a separate book and so you are not tempted to peek. As an AGA 5d I have not solved all of them and am not confident in my answers to all the others. I have not yet looked at the solution book and do not plan on doing so until I have solved them all.

Malcolm: I think this book is great study material for dan players. I won it as a prize in the Paris 2006 tournament, been studying it since. I've been through the first volume, am halfway through the second, while rereading the first. I find the second volume harder going than the first. Advice: once you've worked through a book, start again! I agree that "one day" of the book can easily merit four hours study.

Cloud?: I think this book is great, but I don't agree that this book is aimed at mid-kyu KGS players. I am 2d KGS and I find the problems quite challenging. Also I think it's best to try to stick to the 30 mins per day suggestion. No use sitting in front of something for an hour that you can't solve, as it's most likely not possible to do that during a real game.

Anon: Unlike the rest of you guys, I feel like these problems are mostly easy, at least for the first 20 pages. It will probably get harder, but the first two days of problems only took about 20 minutes combined.

Selection from problems for day one.

I estimate them to be about the same level of difficulty as the 'B' and 'C' level problems in Segoe Tesuji dictionary.[1] 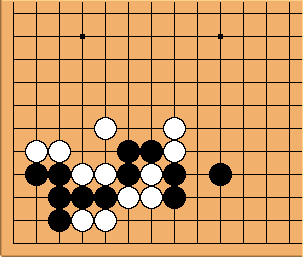 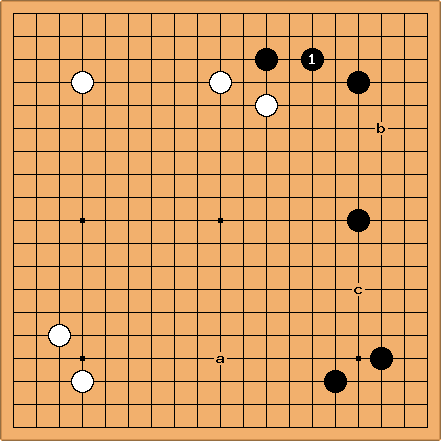 Page 3 - About 4 Life and death problems 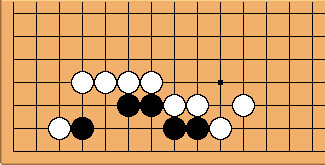 The layout here is to find the most common continuation of a joseki. [2] 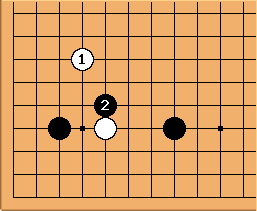 These problems show some position from the middle game of an actual pro game, with the last move marked. Your job is to figure out the next 1-5 moves, depending on the problem. 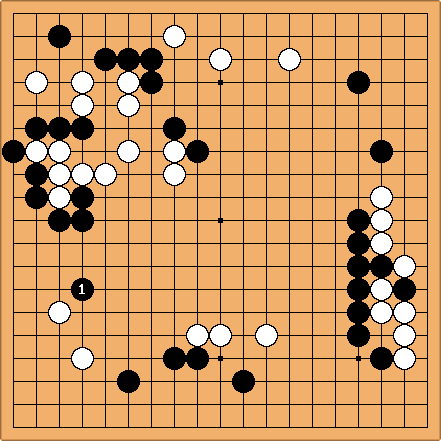 The late endgame of a 13x13 game is shown. You are asked to write down the best endgame moves, the total points of territory for both sides, and find the winner. 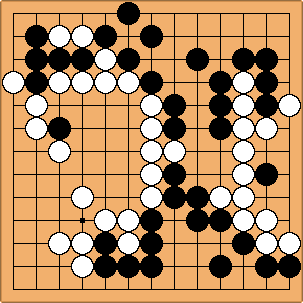 [1] Calvin: Opinions may vary, of course. Most of the tactics in these books are beyond my ability, so don't trust my judgement.

[2] Calvin: These are not whole-board "choose the best joseki" problems. It's more about joseki recognition, so this is the only section I find disappointing.