I am a go player living in Somerville MA, where I somewhat regularly attend the

Massachusetts Go Association. When I am not playing go I am an audio software engineer, pianist, and knight in training. I created this page because I was jealous that my friend NannyOgg had one, and I thought it would be a good way to get my studying in order.

I was first introduced to go by my father when I was very young. He said, "If you put four stones like this it makes an eye. Eyes are good". I tried very hard to make an eye around the computer's single stones with no success. After trying for about 15 minutes I decided to give up go for life!

Many years later in

graduate school a friend left a goban in my office and left for Europe. I didn't know how to play, but when people would see the board in my office offering to play I decided to learn the rules, which they taught me incorrectly. I only played a small amount of go before having to give it up to work on my thesis. Fortunately, a month later I was stuck in an airport with a Barnes and Noble and bought The Book of Go by William S. Cobb.

The book helped me out tremendously. The first time I had a seki we had to give up the game because neither of us agreed what should happen next. Once I knew the rules, however, I was hooked and the game became a lot of fun. At the same time my childhood friend David Grenier and I started to play a few games online. We now play weekly go games.

Johns Hopkins University. At Hopkins there was a

go club and the people there were warm and friendly. During that time I played go regularly and helped run the

Hopkins Go Club. I love the club there with all my heart, but alas my sanity required a vacation, so I moved to Pittsburgh to stay with my parents.

While living in Pittsburgh I attended the

Pittsburgh Go Association. Unfortunately my time there was short, but I got some practice giving go lectures to kyu players and I learned a lot in the process. I'll miss you guys a lot!

Since then I moved to Somerville, which is right near Boston. Truthfully I've been somewhat retired from go for a while. I'm trying to play piano and do well at the job, but feel free to drop me a line if you are ever in town and want to play a game!

I love to fight! I'm terrible at end game so my game is 100% reliant on killing my opponent before endgame happens.

I happily make tons of mistakes and I am constantly learning from them. The good elements of my game, however, I attribute to the excellent community of go players and my teachers. I take full responsibilty for the horrible parts :)

When I first got into go I took some lessons with Battousai on KGS after seeing his classified post. He focused on opening concepts with me, which remains my favorite part of the game. I really enjoyed lessons, but at the time I decided to take a break from go and spend more time focusing on playing piano.

I did focus on piano a bit, but my piano teacher accepted a job at a university in Texas. Without the looming obligations of a concert I was fortunate to meet a very strong local go player named Keith Arnold. Keith heard me play piano at a tournament and we worked out a deal to exchange piano lessons for his daughter for go lessons.

Keith helped my game immensely mostly focusing on quelling my fancy and useless moves. I went over 5 stones studying with him! The best part of studying with Keith is his excellent sense of humor when dealing with my quirkiness.

After moving from Baltimore I have more time to relax, play video games, and rethink my go. I decided to take one lesson with Alexandre Dinerchtein just to get a different perspective on my game and what my mistakes are. I hadn't any intention of taking another lesson, but the experience was such a delight I have kept taking them.

Now that I'm "semi retired" from go I mostly just play drunken blitz and do problems when bored. Its fun! 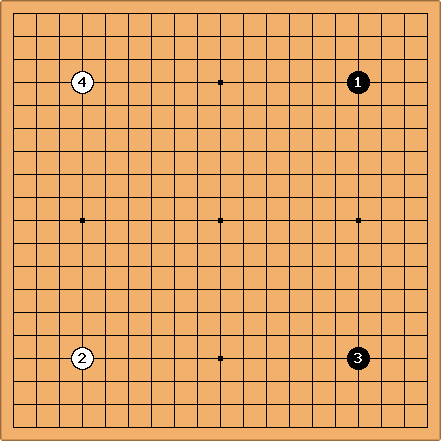