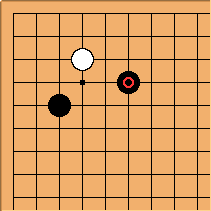 When Black plays the taisha joseki, it is generally considered a poor idea to ignore

. Although White shouldn't die after another play by Black, Black can create thick walls here. 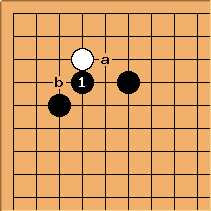 is almost universal (Black at a is known). White at a now to live is normal; in some recent games White at b for some kind of sabaki has been tried. 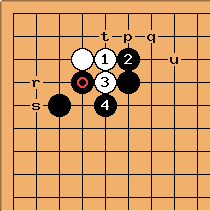 White expects to live here with the exchanges White p - Black q and White r - Black s. The hane-connect exchange p/q will normally allow White t - Black u in sente, so that White has ample eye space. That might assume that Black isn't strong locally on the upper side.

From a broader perspective White is giving away influence on both sides, though. 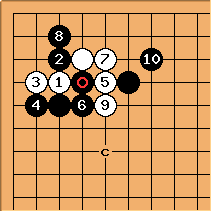 Therefore White may reject the option of life in the corner. This is from O Meien-Mimura Tomoyasu (B) 2002-08-08, colours reversed. White escapes into the centre with White 11 at c.