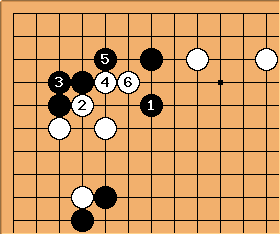 , which is never bad, and this followed.

Now Black faces a difficult choice. Which connection to choose?

But what is the root of the problem?

turned out to be good and though White's shape is not the best yet, it is improving rapidly.

are dubious. White's shape is headed South. See Which Connection 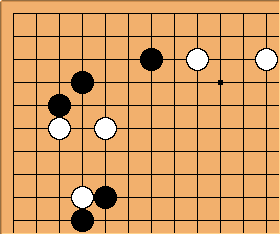 Black's intention to separate the white groups is good. But what is the shape? Which move does it efficiently?

I have realized this right now, looking through the game. I often play "standard" moves such as the one-point jump without thinking. And quite often I have a feeling that this is not the best way to play.

So, I decided to post this as a problem. The solution was not obvious to me at the first glance (though I knew what Ishida recommended in a slightly different position).