Honinbo Satsugen (本因坊察元, 1733-1788) was a Japanese professional player in the Edo era. He was the ninth head of the Honinbo house from 1754-88, seventh Meijin from 1767-88, and seventh Godokoro from 1770-88. He is infamous for his ambition and success at becoming Meijin & Godokoro and for bringing the Honinbo house out of a 30-year slump; and is attributed for revitalizing rivalries between go houses that raised the competitive level of the Castle Games and go playing strength of generations to follow. 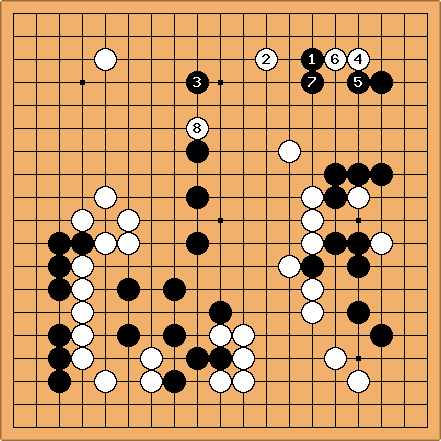