blubb proposed the following arrangement in MaximumNumberOfLiveGroups. This looks beautifully symmetric as it is, but I'd like to sacrifice its immaculate beauty by playing it. -- (Sebastian)

Note that this original setup is highly unbalanced, with only black stones on the border. This is because it was chosen to get the maximum string count (here: 181). With one less stone, blubb improved the starting position to get the Dots Go Ongoing Game, which is well balanced, because it is symmetric under the operation "rotate by 90° and switch colors". 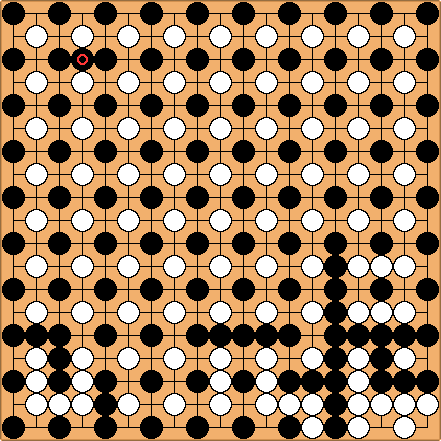 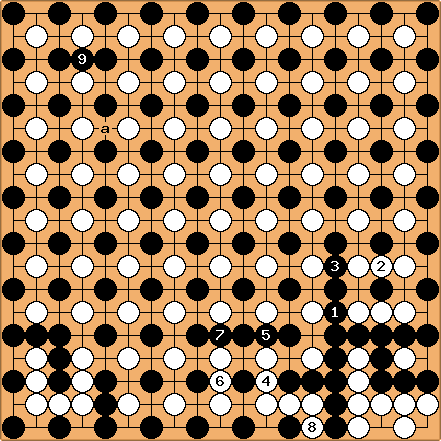 Lets see if we can get another eye or catch some white. (Which is of course also making another eye).

trying to stop black from making an eye.

well this makes thickness and a definate escape, we must be able to get the second eye later. It seems that shapes can almost allways live here. A web wide enough to prevent escape makes plenty of inside space for eyes. I don't think its seki. The endgame will be interesting though

An extra thought: Maybe we should be playing more strategically for influence and territory, instead of these live-and-kill tactics.

Methinks if I were black, I'd want to play at 4, getting a double sided wall (or 4 sided...). So, it seems big to prevent black from doing that.

Lets try an influence minded tenuki. I was considering a though.

Edit: Changed my mind and swapped them. This can't be bad. a is what I had played before.

need a move here to live, this looks as good as any.

guarantees one eye and cuts off Black's lower-right group from our eye space. Later we can hopefully connect to another side of the board and gain another eye there.

I like Tas' extra thought: We've been playing this like an end game, which makes instinctive sense since it's all so crowded. But maybe we should just ignore the background and play as if it were a normal game. Hence' lets play in the corner first. I now believe that if the opponent attacks us there, it's just as if someone attacks you directly right in the opening of a normal game; it should hurt them in the long run. 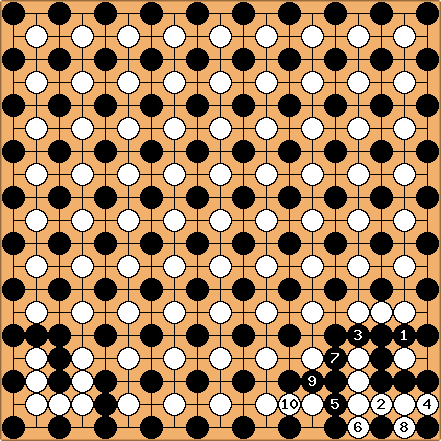 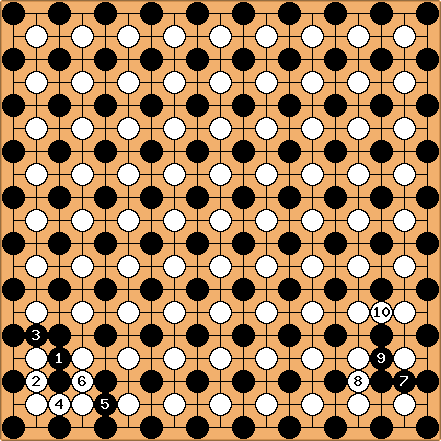 : W cannot save her stones on the second line. I think B has an easy win :o)

- No idea what Arno had in mind, but this can't be wrong. 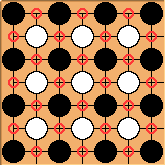 Until a capture is made, the players can only play on even positions, no? 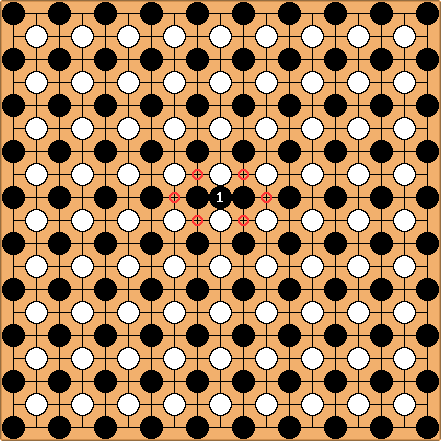 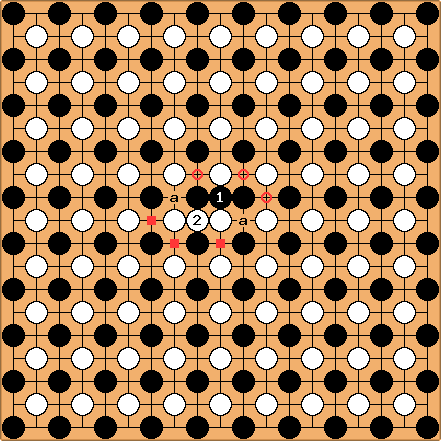 White's attack there has reduced the liberties for both stones ( 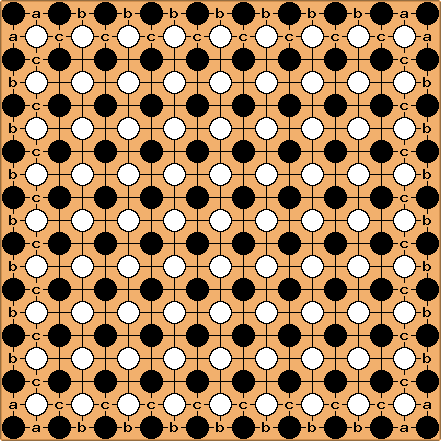 Play on an a would result in 3 liberties for both black and white.

White stones played on cs would have the full 6 liberties, whereas black ones would only have 5.

Viewed this way, white seems to be at an advantage as there as there are 4 more c squares on a board. (Yet it would be harder for white to cut a black b from expanding inwards than it would be for black to cut a white b.)

I don't know... how would you analyze such a game?

All in all, this looks like a modified version of Go on a different grid, the interesting thing being that the grid is slightly different for the black and the white.

(Sebastian:) Yes, that's an unnecessary asymmetry. If we play this again, let's play it on an even numbered square to give B and W equal positions.

Heres another 181-stringy monster. I don't really think it's stable. Who knows? (According to the ruleset, chose komi so that, if considered to be a "global seki", it's a tie: 0 in japanese, 3 in chinese counting.) -- blubb 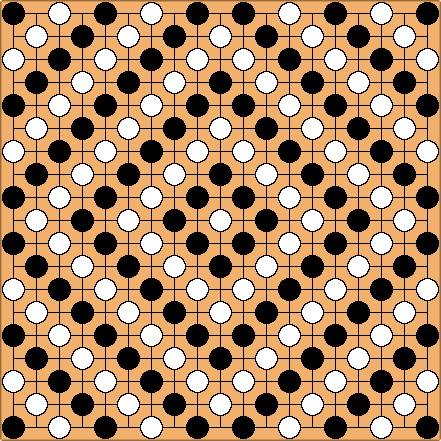 I think on this one, White has the best chance to get some life. The first black ring (from the center) is dead, and White can salvage it. At least I have no idea how black could prevent that. -- (Sebastian) 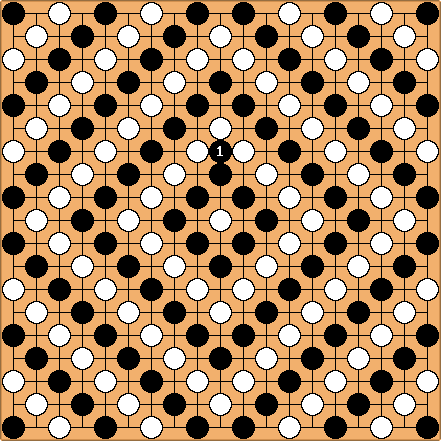 (Sebastian:) Point taken. Well, that's too complicated for me. I'd rather stick with the checkerboard pattern.