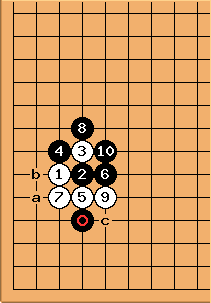 in a ladder. The fact that Black has made a ponnuki seems to be outweighed by the damage done to

. Still, there is a lot of space below the White string, where Black can live.

This is a variation I have encountered in large handicap play. It is not so easy to win against a bunch of ponnukis. --Dieter

are not rare, but often used to overconcentrate white on the top. Cf. with the Joseki (iii) starting below.
The question is. in how much did white react adequaete with

? A much more often used move is

=a or =b. (the frequency of a move is not so important) 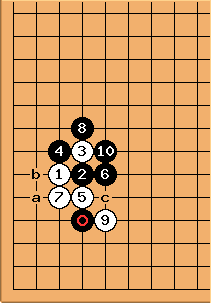 necessary, or could it better have been at c?
(better grip on corner stone? sente? gote? honte? for B? for W?)
If black tenukis with

} was already given initially (by Bill) below as Joseki (i)-(ii). Bill, further below I support your view that

used for blocking is nice, simple and confines the group. I also prefer the

at c.Furthermore, most of the variations which spring to mind are somewhat forced, Black can fully use White's liberty problems. The (joseki) sequences end in a known way. This sounds like a pleonasm but I want to emphasize that White came out in Joseki (iv) and (4), thus is not confined. Black would know much less what such a position is worth.

Bill: Actually, I was the one who added the Joseki (i) - (ii) diagrams. As for Joseki (iv) and (4), isn't the Turn diagram better for White?

tderz: They - turn, (iv) and (4) - all then share the white gote ending. The turn-variant is one line higher, does it also make her more vulnerable? I have no clue. 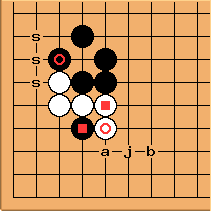 tderz: We have sofar the proposal by Dieter of

If there was a white choice betwee (iv) and (4), everyone would go for (iv). (There is no real choice 9iv vs. 4) on the board possible because Black went another way, nobi in (4) instead of crosscut in (iv). We only can compare here (now) the turn-variant vs. (iv). The differences are

What do we prefer? I don't know. 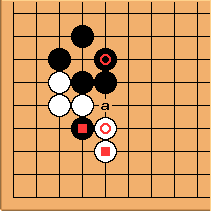 another defense vs. aji-1 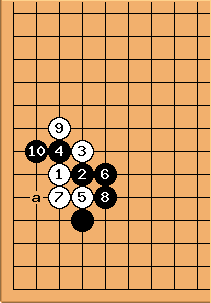 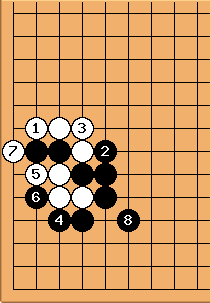 White is cramped, but has Sente 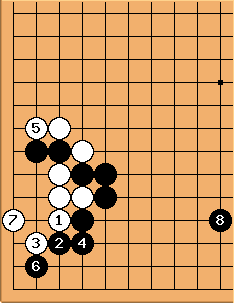 fully exploit White liberty problems mentioned above.
White ends in sente, but the Black gote is a big 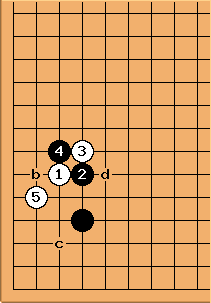 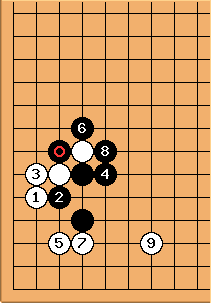 tderz: Another transposition - only concerning the black stones (from a Chinese DingShi book)
I like the result better for White than "Noseki 3".

Bill: But White has taken the last play in this diagram.

Remark: I don't see any Black playing this in a handicap game. Which Black would like to have a ponnuki with white totaly safe and out on both sides?
It might be even in even games, but simple blocking (Joseki(i)) seems to have much more synergy with the other handicap stones. 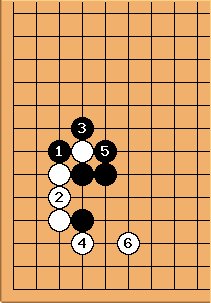 tderz: I try a tewari analysis here.
This is another Joseki (4) with a similar result, i.e. the black stone formation is identical.
It ends in Gote for White (different from Noseki !).

The point I want to convey is, that I like White's position here much more than in the original diagram "Noseki no.3".
This is, because white is one line lower, but controls that area much more safely.
Hence the question is, "Is the loss of tempo (Noseki ends in W-sente, both transpositions end in B-sente) worth the positional difference in a (handicap) game"? Difficult to judge. But this are the considerations to be made.

Hence, if the black position is the same (by transposition), then, where did White deviate (to her disadvantage?) in Noseki3?

"deviates" from the obvious blocking (cf. Joseki (i)+(ii); nice influence, as Black I would usually go for it - keeps the game simple) in dia. Noseki3, hence up to

everything looks normal.
So I come to the conclusion, that

(in dia. Noseki3) makes it odd-looking. 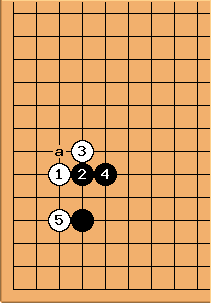 above derives from this sequence.

stretches first, then cuts at a. 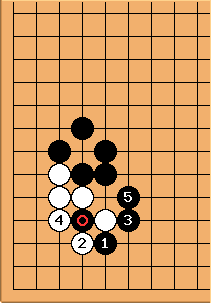 Even if White plays hane at

in the diagram by tderz, there is a lot of aji. 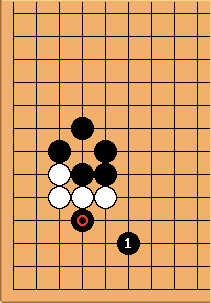 The potential here is large too. So probably White has to take gote in both.

Bill: I think so. Shouldn't White make the turn in the next diagram?

Alex Weldon: I agree. That turn is honte and also quite large in terms of corner territory and influence on the lower side. Definitely worth taking gote for, but precisely the sort of move amateurs are likely to overlook because they believe it to be slow. Kageyama praises a similar move at one point in his Lessons in the Fundamentals of Go. 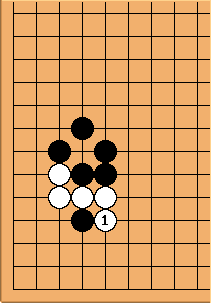