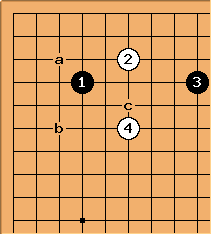 is not joseki. It is more normal to invade at a or make a double approach at b. The ikken tobi at c starts the possibly deprecated Catenaccio Joseki. 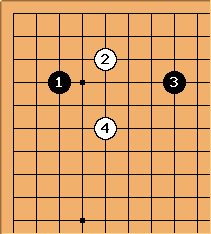 This mistake is probably caused by the vague memory of a simliar 3-4 joseki. 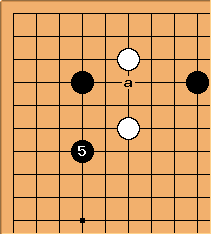 here; as in a typical continuation of the 3-4 point joseki.

However, Black probably wouldn't do that, because the two-point extension on the fourth line doesn't have the same meaning as it would in the 3-4 point joseki - it doesn't secure territory. Black may instead choose to seal white in with a. 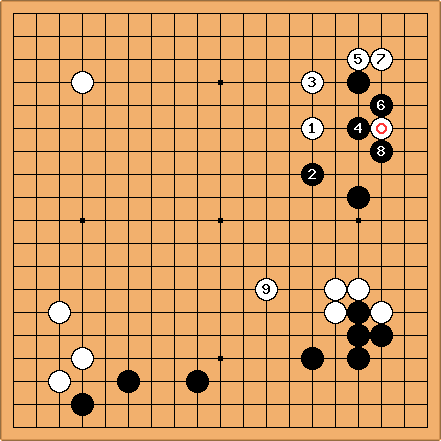 The only game I could find with this jump was this one, played by Pak Seung-hyeon as White against Yi-Setol in the 2001 Baduk TV Cup.

Here the idea of the jump seems to be to treat

lightly, and build an outside position.