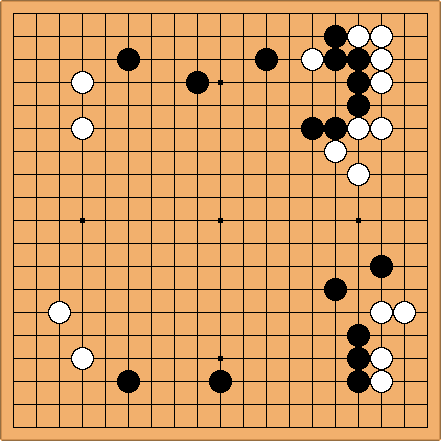 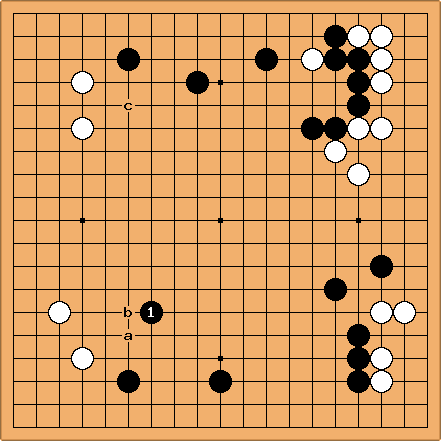 Very interesting exercise (for me). In such a position, I could not resist the temptation to start a moyo. Black 1, the move I would probably play, at the same time looks amateurish, single-purpose, lukewarm. Maybe locally a or b are better, b showing a weakness though, and perhaps this isn't at all the area to play.

A play around c seems even more single-purposed though: the three-space extension below needs more reinforcement than the two-point extension at the top. 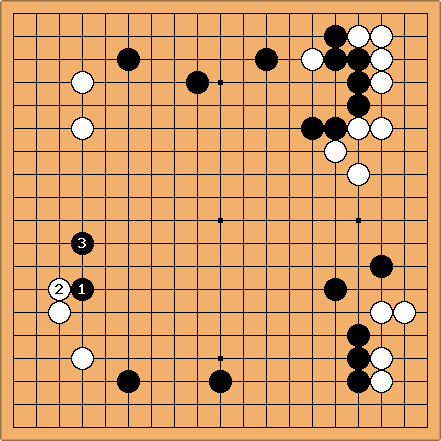 bud1027 hm...how about this? it seem to me that this moves are more flexible and wider framework for black's thickness... 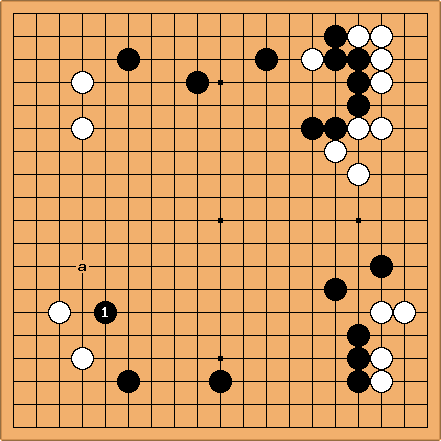 , expanding the moyo and threatening 'a' at the same time. 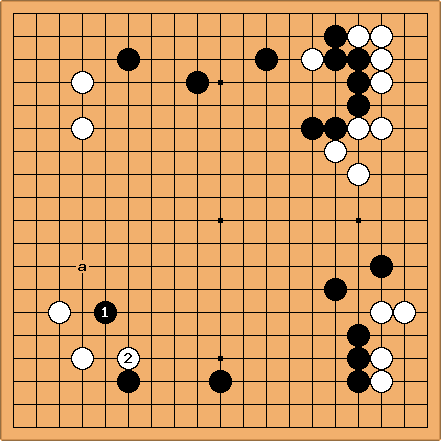 from the rest of the Black stones. Is it good? 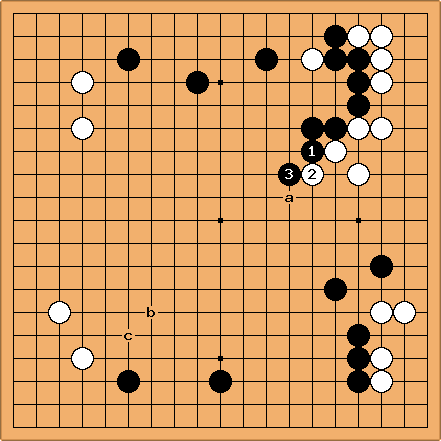 Broege?: I would go for

- it presses White on the right side as it is places exactly on the line separating White's right from Black's top. Moreover, I seem to remember a very similar position is one of Takemiya's games - isn't it by any chance one of his games?

zinger: This area of the board also seems interesting, but I would play

. The reasoning is tewari: if

should be at a, not 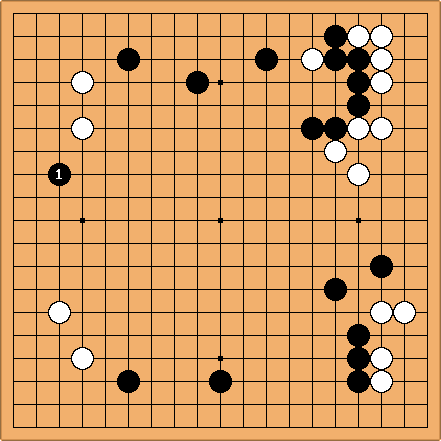 Bill: I kind of like this kakari, particularly as Black is strong on the top. markgravitygood: I might go for the joseki in the bottom left: 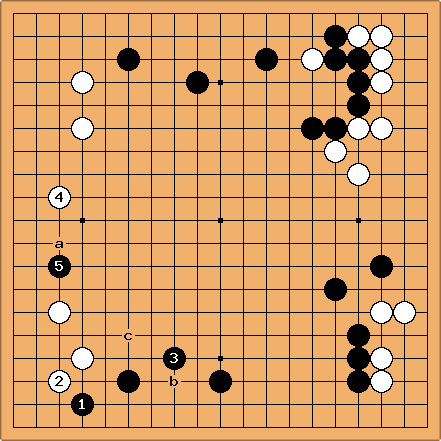 looks reasonable for black, and supports the lower side. If

at b, then the 1-point jump to c by black looks good. This part of the board seems urgent to me and my 16k level. :) 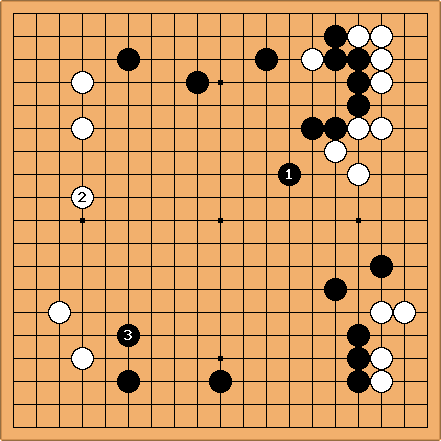 Zinger got it right, but Bill (the one of 10 years ago!) cannot be called wrong, since

was the next move. The rest of us trail behind, since

next developed the moyo.